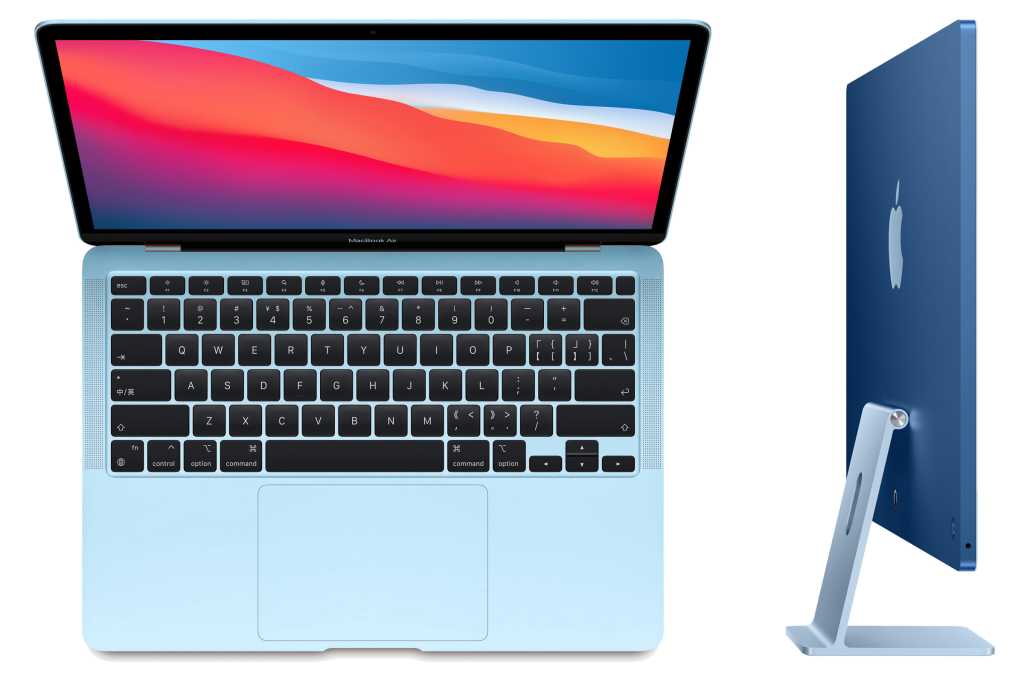 If you’re looking longingly at the new 24-inch iMac but don’t want to be tied to a desk, your dream machine may be on the way. In a new episode of Front Page Tech, guerilla leaker Jon Prosser claims that Apple is developing a new MacBook or MacBook Air that comes in colors. Prosser says the source that fed him the info is the same that accurately predicted the iMac colors before everyone else.

The revelation isn’t a complete surprise following the launch of the 24-inch iMac. Apple’s new all-in-one is a throwback to the original iMac G3, which was followed a year later by the matching iBook. If Apple is drawing a colorful line between its consumer and pro products, it makes sense that new MacBook hues will be arriving.

In fact, Prosser’s source used that very graphic of the iBook introduction to tease the leak, claiming they “recently saw a blue MacBook prototype that looked absolutely amazing.” Apple already delineates the iPad Air and iPhone 12 from the iPad Pro and iPhone 12 Pro using colors, so it’s logical that the MacBook would be next.

While Prosser speculates that the colorized machine would be the MacBook Air, it’s notable that his source only refers to the new notebook as a “MacBook.” Apple previously sold a laptop under the name MacBook in 2006 and again in 2015, so it’s possible that Apple revives the name once again. But either way, such a laptop would likely arrive in the fall at or around the anniversary of the M1 processor.