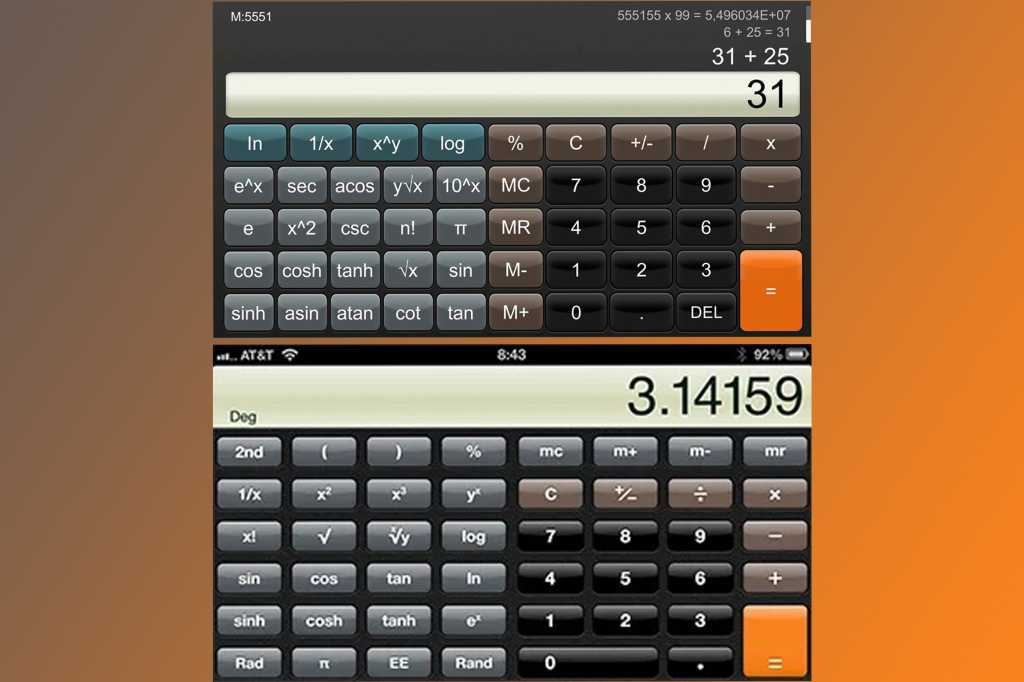 We all know the Nintendo Switch is a fantastic mobile gaming device, but beginning today, it can also double as a handheld scientific calculator. It’s not available for sale just yet, but the Nintendo shop says a Calculator app is coming May 12, 2021, from developer Sabec and will cost $10.

That an awful lot for a calculator, so you probably expect it to be something incredible powerful like PCalc, which offers “an optional RPN mode and multi-line display, a choice of button layouts, an extensive set of unit conversions and constants, a paper tape, multiple undo and redo, engineering and scientific notation, as well as support for hexadecimal, octal, and binary calculations,” as well as a free version for people who have no idea what any of that means. But nope, the Switch’s Calculator is nothing more than the standard scientific calculator that comes free with any iPhone.

Sabec describes its calculator as “a scientific calculator with a clear easy-to-read multi-line display, which should help with those not-so-easy-to-do maths problems.” (That’s probably not a typo, but rather an English-British language difference.) It also says it “has an appealing modern and practical design, sure to be popular with all students and engineers.”

That’s particularly true of anyone longing for the pre-iOS 7 days of the iPhone. While it’s not a carbon copy, the calculator looks an awful lot like the iPhone calculator, as you can see in the picture above (the Switch Calculator is at the top). To be fair, the iPhone’s Calculator is a homage to the classic 1977 Braun calculator, but the orange-and-brown design has since become synonymous with the iPhone.

So if you’re feeling nostalgic and have $10 to burn, head over to Nintendo’s eShop and grab a copy today.