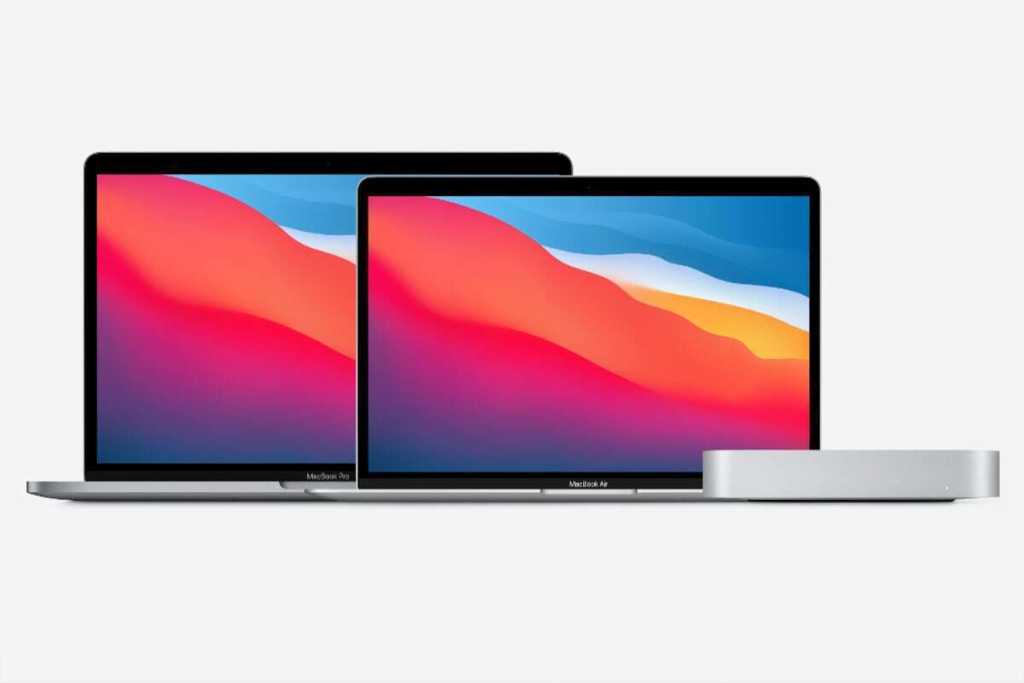 When Apple announced its own system on a chip, the company said it would be a two-year process to completely switch its Mac lineup from Intel processors to Apple silicon. The switch started last November and continued with the announcement of the 24-inch iMac last month. But according to Mark Gurman at Bloomberg, Apple is going to be putting the pedal to the metal on the transition by introducing a spate of new Macs across its lineup throughout the rest of 2021.

According to Gurman, Apple will introduce a completely “redesigned” MacBook Pro this summer with 10-core CPUs (eight performance cores and two efficiency cores), 16 or 32 graphics core options, a maximum of 64GB of memory, and an “improved Neural Engine.” The MacBook Pro will be available in 14- or 16-inch models with a MagSafe charger, an SD card slot, an HDMI port, and “more Thunderbolt ports” (the current 13-inch MacBook Pro has two Thunderbolt/USB 4 ports; the current Intel-based 16-inch MacBook Pro has four Thunderbolt 3/USB-C ports.) Apple is holding WWDC in early June, so we could get a look at the new MacBook Pro during the keynote on June 7.

As for the MacBook Air, Gurman said that a revamped model could appear at the end of 2021. It will have a new System on a Chip (SoC) that replaces the M1. The new SoC will be faster but have eight CPU cores (four performance cores, four efficiency cores) like the M1. The graphics cores will increase from seven or eight to nine or ten. The SoC could also make its way into the 13-inch MacBook Pro. Jon Prosser of Front Page Tech reported last week that a new MacBook (either the MacBook Air or a rebranding of the Air) will be offered in a new design in a variety of colors.

Apple’s M1 Mac mini is in for some updates as well. Gurman reports that Apple could be putting the improved SoC from the MacBook Pro in the Mac mini, which could end up being a model that replaces the current Intel-based $1,099 Mac mini. This new Mac mini would also have four Thunderbolt/USB-4 ports, up from the two on the $699 M1 Mac mini. Gurman notes that the Mac mini’s release is less certain than the MacBooks, and could be delayed or canceled.

The Mac Pro, Apple’s workstation, won’t be available with Apple silicon until next year, according to Gurman, but when it does become available, it’s going to have serious processing power. The Mac Pro could be available in “20 or 40 computing core variations” that feature 16 or 32 performance cores and four or eight efficiency cores. The graphics processor will have 64 or 128 cores. The Mac Pro will have a design similar to the current Mac Pro, but smaller.

Gurman also reported that Apple has a larger iMac in the works, but it was put on the back burner so that the company can focus on the release of the new 24-inch iMac.