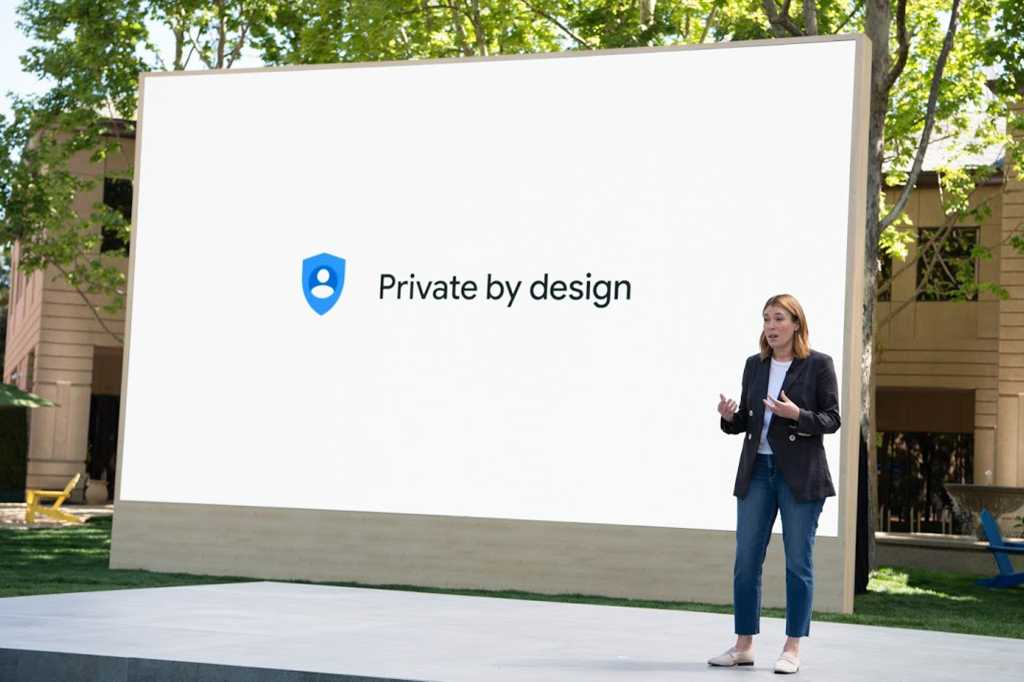 On Tuesday, Google unveiled the highlights of Android 12, which will land on the Pixel and other Android phones this fall. From personalized color palettes to quicker access to Google Pay and Home settings, it’s one of the biggest changes for Google’s OS in years.

But the most interesting new features involve something iOS users are deeply familiar with: privacy. Google demonstrated several new privacy features for Android 12 that make it easier for users to keep their data and phones private. Among the changes is a new Privacy Dashboard that Google says “offers a single view into your permissions settings as well as what data is being accessed, how often and by which apps. It also lets you easily revoke app permissions right from the dashboard.”

In the Privacy Dashboard, you’ll be able to see which apps have accessed your location, camera, microphone, and other permissions, including contacts, media, and other sensors, and for how long. It’s a nifty feature that actually makes it a little easier to revoke access than on iOS and I’d like to see Apple consider something similar for iOS 15.

Also new to Android 12 is an indicator on the status bar to alert users when apps are accessing the microphone or camera. It’s similar to an feature Apple introduced in iOS 14 and even adds a quick setting button that lets you revoke camera and microphone access for all apps with a tap.

Android users will also get more control over how much information they share with the apps on the their phones. Google is introducing “approximate location positioning” for apps such as weather services that don’t need to know your exact location. It’ll help keep apps working as they should while also keeping your exact location private. Again, like iOS.

And finally, there are also new privacy protections built directly into Android 12. Google is rolling out a new set of open-source features called Private Compute Core that “enables features like Live Caption, Now Playing, and Smart Reply. All the audio and language processing happens on-device, isolated from the network to preserve your privacy.”

But what you won’t find in Android 12 is anything remotely akin to App Tracking Transparency. While Google is clearly following in Apple’s footsteps with Apple’s privacy push, it’s keeping a safe distance from ads. And with Android 12, it’s drawing a clear line in the stand to separate what it will and won’t do.

To be fair, Google does include an option to turn off ad tracking. In Settings, there is a toggle to opt out of ads personalization, which tells apps not to use your advertising ID to create “interest-based ads.” That’s similar to Apple’s “Prevent cross-site tracking” toggle and it’s a good thing to turn off.

However, it stops way short of what Apple’s ATT does. To get a similar level of granularity you need to to to the Google tab in Settings, then Manage Your Google Account, Data & personalization, and finally Ad settings. Inside, you’ll find a dizzying array of options and preferences for Google and its partners as well as the ability to turn off access for individual apps and categories. I don’t have the stats, but my guess is less than 5 percent of Google users even know this exists, let alone routinely changes the access. It’s a far cry from prompting you when you open an app that wants to track you across apps and sites.

And that’s how Google likely wants it. Over the years, iOS and Android have become extremely similar, with Apple opening up parts of the system to make iOS more personalized and Google focusing more on design and usability. But a gulf remains with privacy and it’s unlikely to close anytime soon.

Google might say it will “continue to push the boundaries and find ways to maintain the highest standards of privacy, security and safety,” but something tells me that’s not going to include an explicit option to turn off ad tracking.