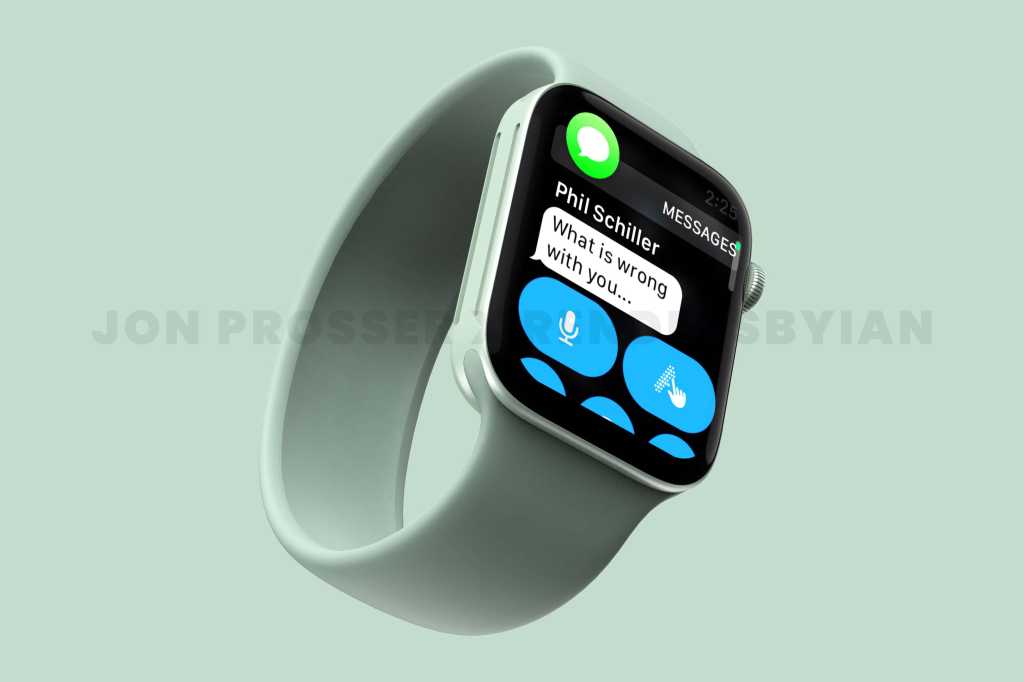 While it’s gone through seven iterations and gained a larger screen, the Apple Watch hasn’t evicted all that much from the original model that launched in 2015. A new rumor from prolific leaker Jon Prosser suggests that might finally change this year.

Prosser first mentioned the possible redesign on his Genius Bar Podcast earlier this week. According to Prosser’s sources, the Apple Watch Series 7 will feature design language that falls in line with Apple’s other recent products, including flatter edges and a new green color. Prosser followed up with some details on his own Front Page Tech video, including renders based on real-world images and CAD files he has seen.

This corroborates an old rumor from last year by analyst Ming-Chi Kuo, prior to the release of the Apple Watch Series 6. Kuo then said that the Series 6 would have the same design as the Series 4 and 5, but that Series 7 in 2021 would likely get a new design.

The sides of the watch would reportedly resemble the sides of the iPhone and iPad Pro; flat, but with rounded corners, and not so sharp that it would dig into your wrist. Along with the flat edges could comes a new green color that resembles the green of the AirPods Max, Prosser reports. According to his source, Apple is still experimenting with colors, so there may be a different featured color, or Apple Watch Series 7 may come in a variety of colors, as the new 24-inch iMac does.

The Apple Watch Series 7 is likely to be announced in September, along with the new iPhone lineup. Though Prosser did not get any information about specs, it is assumed that the display will not change size or shape, only the case of the watch itself. We expect an S7 processor as well, though we don’t know kind of enhancements it will bring. Finally, a persistent rumor says that Apple is working on non-invasive blood glucose measurement, which would be a big advance for wearables. It’s a difficult problem to solve and by no means a guaranteed feature of the next Apple Watch.