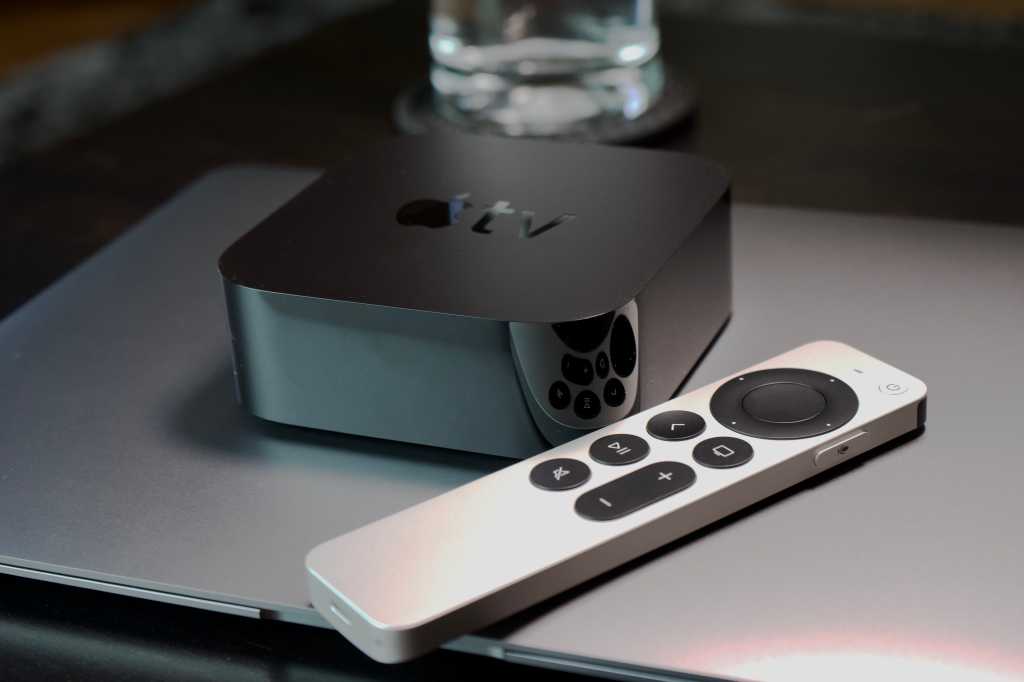 All Apple really needed to do to the Apple TV 4K is fix the remote, and it has done that. The 4K/60fps with HDR support and eARC support is just gravy, but will be appreciated by enthusiasts. But it remains about twice as expensive as the competition.

It has been more three years since Apple last updated its streaming media box. The old Apple TV 4K was too good to need an update, really. With an A10X processor and Apple’s excellent tvOS software, it was already more responsive and performant than nearly all its competitors. There’s a very healthy app ecosystem, and it even supported Dolby Vision and Dolby Atmos. Its biggest problem was its price: $179 for 32GB or $199 for 64GB.

So what does Apple do after three years? It turns out, not much. The new Apple TV 4K replaces the A10X for an A12, which is a fairly small upgrade. It still costs $179/$199 for 32GB/64GB, and it even looks identical. The biggest upgrade is the new Siri Remote, which is a sweeping overhaul and a massive correction to one of Apple’s worst products.

A jump from the A10X to the A12 may sound impressive, but remember that we’re going from one of Apple’s higher-power “X” processors to a regular, non-X version of the A12.

The old Apple TV 4K was already fast and responsive, much more so than most premium streaming TV hardware. It makes the best Roku and Google TV devices seem downright sluggish. So when I say that the new Apple TV 4K box is just a little snappier, understand that it’s really not a significant change.

Apps update just a touch faster, Apple Arcade games seem to run just a little smoother, but nothing here is a game-changer. This box is absolutely not going to change anyone’s mind about gaming on an Apple TV.

The A12 does have the Neural Engine, which the A10X does not, but there’s not a lot of call for machine-learning accelerated apps on Apple TV just yet.

What the A12 does give you is a better video decoder, which is capable of handling 4K at 60fps with HDR (the old Apple TV 4K could do 4K with HDR at up to 30fps). That sort of content is relatively rare right now, but you’ll see it more often in sports broadcasts.

You can finally view 4K HDR at 60fps in the YouTube app, which will be a very big deal to a small selection of users.

The HDMI port has been upgraded to version 2.1, but if you’re looking for 120Hz output, you’re going to be disappointed. Apple could update it in the future like it did with Dolby Atmos on the previous Apple TV, but for now it tops out at 60Hz. However, Apple does support eARC now, which means the sound output from your TV (and other devices connected to it, like a game console) can play back through a synced HomePod.

The Siri Remote that Apple has been including with the Apple TV for years is one of the company’s worst products of all time. It took Apple far too long to redesign and replace it, but at least it has done a very good job now that it’s gotten there.

The new Siri Remote is longer, thicker, with a somewhat curved back that makes it easier to hold. The entire top of the old remote was a clickpad that was far too easy to accidentally touch. That has been replaced with a four-direction circle and touchpad button in the middle. You can swipe around or click up/down/left/right with ease.

There’s even a “scrubbing” feature that takes after the old iPod click wheel. Touch the outer ring and hold it for a second, and the seek bar will show a circular scrubbing icon. Then move your finger around in a circle to quickly, and precisely, move forward and back through the video. When it works, it’s great, but I had problems triggering it in some applications that have their own playback interface (like NBC Universal’s awful Peacock playback controls).

The new Siri Remote moves the Siri button to the right edge; using it is similar to pressing-and-holding your iPhone side button to invoke Siri. There are new mute and power buttons, which are useful for controlling your other devices via HDMI-CEC.

What used to be a frustrating and difficult-to-use remote has become delightful and intuitive. I wish Apple would have built in support for Find My, and those who like remotes with headphone jacks will be disappointed, but even without those features, this is easily the most-improved Apple product in years.

You don’t need to upgrade

If you already have the Apple TV 4K, there’s little reason to replace it. You have to really want 4K with HDR at 60fps or eARC support to make this a worthwhile upgrade. Or you can buy the new Siri Remote for $59, and it will work fine with the old Apple TV 4K or Apple TV HD. That’s way more than it should cost, but it’s a lot less expensive than replacing your existing Apple TV box.

Beyond that, the new Apple TV 4K remains as the old one: probably the best all-around streaming hardware you can buy. The best combination of hardware and software, of interface and performance, especially for those who use other Apple products. Apple’s challenge remains as it has been for years: Not many people want to pay $179 for a streaming media box, no matter how good it is.