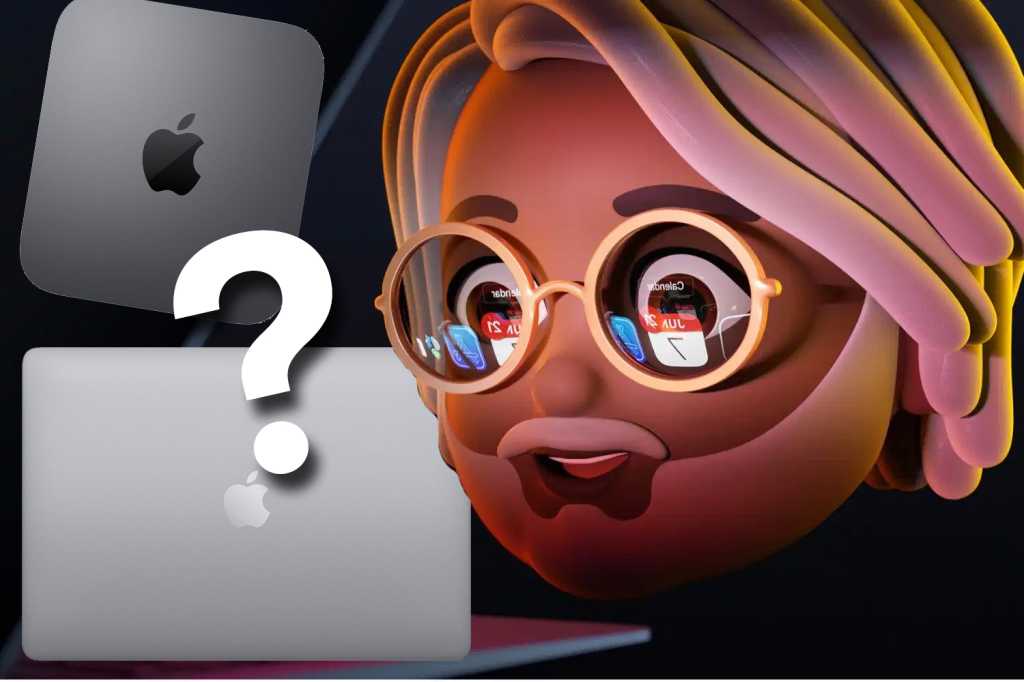 June will be a big month for Apple releases. Starting June 7 is the Worldwide Developers Conference, where Apple always reveals the next major revisions of its operating systems for iPhone, iPad, Mac, Apple TV, and Apple Watch. Apple sometimes reveals new hardware at WWDC, and we think there could be some really big news for MacBook fans.

Here are all the hardware, software, and service releases we know are going to be released in June, along with those that we think will launch be based on the latest rumors and leaks.

In recent months, Apple has released its new 24-inch iMac, iPad Pro, an updated Apple TV 4K, and AirTag. And there could be more new stuff coming in June. Of course, we know the company won’t unveil new iPhones or the next Apple Watch until the fall, so what’s left? More Macs! Apple’s two-year plan to replace all Intel-based Macs with those running Apple Silicon means a fairly rapid release timetable.

Apple kicked off the Apple Silicon transition by replacing the Intel chip in the Mac mini, MacBook Air, and 13-inch MacBook Pro with its new M1 system-on-chip. A few months later, it introduced the new 24-inch iMac with the M1 inside. Unlike the first M1 products, this one featured a fresh new design.

Rumor has it that Apple is about to announce its next Apple Silicon Macs, newly redesigned like the iMac. The new MacBook Pro is said to come in both 14-inch and 16-inch models, and will feature a brand new chip that is more powerful than the M1. The chip may be called the M1X and could feature up to 10 CPU cores (2 high-efficiency and 8 high-performance) and 16 or 32 graphics cores, with a maximum of 64GB of RAM.

Expect some other design tweaks—we hear the the bezels around the display are slimmer, the Touch Bar is gone, the edges are squared off more, and there will be four Thunderbolt/USB4 ports and maybe even a return of MagSafe charging. Apple may even include mini LED displays as it does on the 12.9-inch iPad Pro.

Last fall, the least-expensive MacBook Pro got an M1 chip upgrade but higher-end models remained with Intel processors; and the Mac mini split its line between a new M1 model and high-end Intel one in the same way. And just as those high-end MacBook Pro systems are about to get replaced by something with a beefier Apple processors, so too will the higher-end Intel Mac minis be replaced.

The new Mac mini is said to replace the Intel-powered version that starts at $1,099, and will feature the same M1X (or M2 or whatever they call it) chip that has more cores, more RAM, and more Thunderbolt ports. It’s said to feature a new slimmer design and a magnetic power connector just like the one on the new 24-inch iMac.

WWDC is where Apple unveils the new version of its operating systems due for release in the fall. But there’s typically a beta version for developers released immediately, followed by a public beta a few weeks later. The developer and public beta tests continue until the fall, when the new versions of iOS, iPadOS, macOS, tvOS, and watchOS are usually released (generally around September).

We all get excited about new iPhone hardware, but it’s the new version of iOS that really makes a big impact on a billion lives. The new iOS release is always full of surprises, but rumors suggest a new lock screen, changes to notifications, enchanted privacy features, and a smarter Siri. On iPad, Apple is said to have a solution to allow widgets to be placed anywhere on the home screen. We’ll probably see some new leaks about iOS 15 as WWDC approaches.

Now that it’s done with naming macOS releases after big cats, Apple has taken to giving them names based on California landmarks. We don’t know what the next version of macOS will be called, but we know it will be macOS 12—the macOS 11.x numbers have already been used for patches to macOS Big Sur.

Where iOS goes, so too goes tvOS. What’s left to do with tvOS? We can probably expect better gaming features, if Apple wants to make Apple Arcade a real thing in the living room. Better integration with HomeKit devices would be nice, and we can probably expect an expansion of Apple Fitness.

The Apple Watch OS goes hand-in-hand with iOS; as the hardware is linked to your iPhone, and new features from one often carry over to another. Apple is all-in on making Apple Watch a health and fitness device, so you certainly expect more features in those areas. We just hope for better sleep tracking.

The features aren’t actually available yet, though. You may have updated your devices, but you won’t see the new formats in Apple Music or the options in Settings until Apple flips the switch. Apple says that will happen in June, but hasn’t given an exact release date yet.

Apple usually releases new shows, movies, and episodes to Apple TV+ on Fridays at around midnight Eastern time. You can see our entire list of all the Apple TV+ shows, series, and movies in our list of current Apple TV+ shows, and upcoming Apple TV+ content.

Lisey’s Story: It’s an eight-episode miniseries adaptation of the Stephen King novel of the same name, and Stephen King himself will write every single episode. Premieres on June 4.

Home Before Dark (season 2): In season two, when a mysterious explosion hits a local farm, reporter Hilde Lisko begins an investigation that will lead her to fight a powerful and influential corporation—with the health of her family and Erie Harbor in the balance. Premieres on June 11.

Physical: A half-hour drama/comedy series set in a 1980s Southern California beach community. It’s about a tortured woman who finds a path to power in the world of aerobics. Premieres on June 18.

Watch the Sound with Mark Ronson: A six-part documentary series that follows DJ and producer Mark Ronson as he “uncovers the untold stories behind music creation and the lengths producers and creators are willing to go to find the perfect sound.” Coming June 18.

Central Park (season 2): The second season of this animated musical comedy about a family who lives in Central Park starts streaming on June 25.

Fathom: A documentary film in which two scientists engage in parallel research journeys on opposite sides of the world, trying to better understand humpback whale culture and communication. Streaming June 25.

Apple releases new games to Apple Arcade on Fridays, but not every Friday is marked by a new game or significant update. Check our Apple Arcade FAQ for a full list of Apple Arcade games and more details on the service. Many games are released with no forewarning, but you’ll often see a couple projects listed in the Coming Soon section.

Apple Arcade has been really quiet since its big content drop in early April. These three games have been in the “Coming Soon” section ever since! Maybe Apple is saving up a big announcement for WWDC?

Legends of Kingdom Rush: The fifth game in the Kingdom Rush franchise, this entry takes the tower defense formula and turns it into more of a tactical hex-based combat RPG.