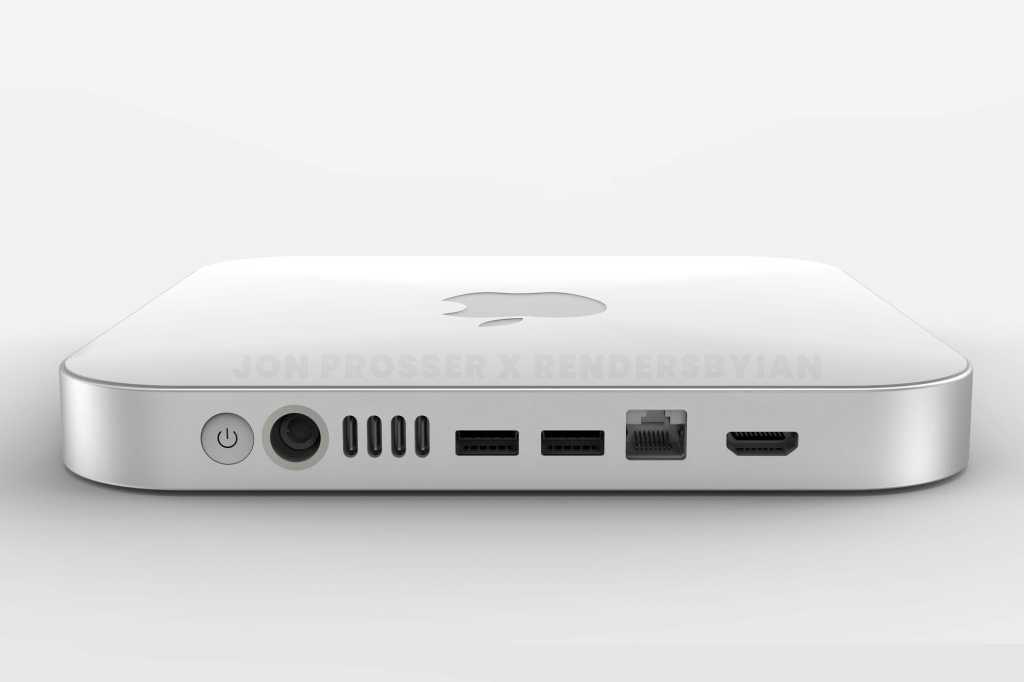 It’s no secret that Apple is planning to refresh nearly every Mac it sells across 2021. We’ve already heard about major redesigns for the MacBook Air and MacBook Pro, and now we’ve got some information on the new Mac mini.

According to Front Page Tech’s Jon Prosser, who has been a veritable font of information this year, the Mac mini will showcase Apple’s new M1X processor, which will “include eight high-performance cores and two energy-efficient cores for a total of 10, but will be offered in either 16 or 32 graphics core variations,” based on a previous Bloomberg report. Mark Gurman previous reported that the new Mac mini processor “will greatly outpace the performance and capabilities of the current M1 chips.”

The upcoming high-end Mac mini will also return the two additional USB4 / Thunderbolt 3 ports  that disappeared with the M1’s debut. Like the current model, Prosser says it will also have two USB-A ports, ethernet, and HDMI, Prosser reports. It could also feature a magnetic power connector like the iMac with a color-matched braided cable.

Prosser speculates that the Mac mini could be thinner than the current model, which measures just 1.4 inches high. He also says it will be losing the circular pad on the bottom and getting long feet like the ones on the bottom of the new iMac and rumored for the MacBook Air.

Like the new 24-inch iMac, the Mac mini is expected to also to get a new thinner case. The longstanding metal top will reportedly be replaced with “a plexiglass-like material that sits on top of the aluminum enclosure.” Prosser speculates that two-tone color options could be coming with the Mac mini, also not unlike the new iMac. Since this is a higher-end Mac, it probably won’t come in the rainbow colors, but silver-and-space-gray would look pretty sharp.