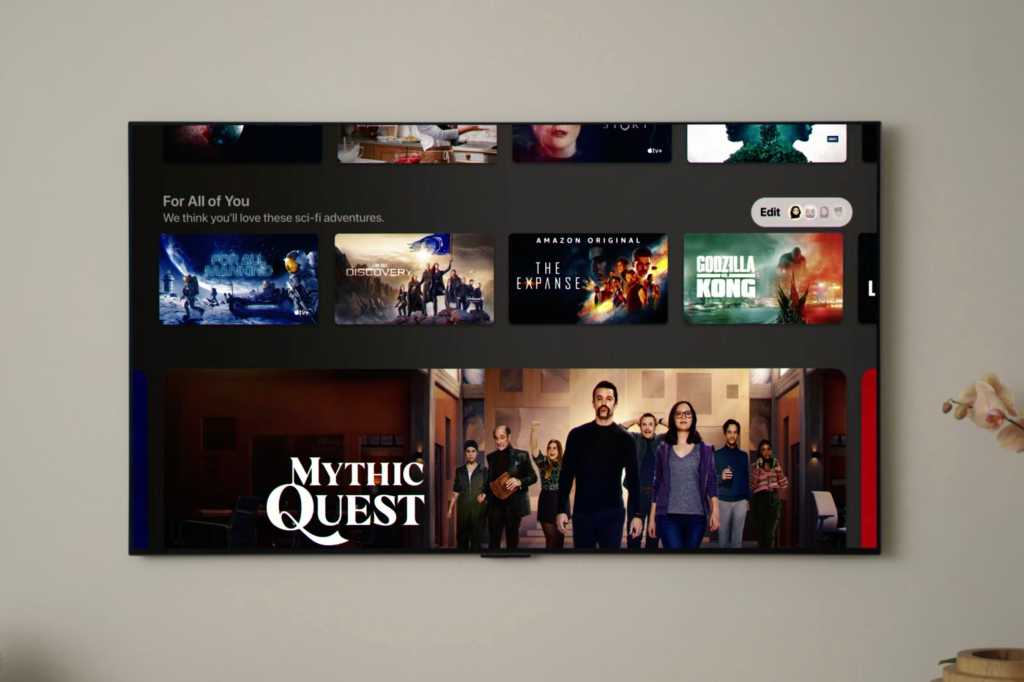 Just like all Apple’s other operating systems, tvOS will get a major update this fall. The company didn’t spend any time on tvOS 15 specifically in its WWDC keynote in June, but the platform appeared briefly in some other sections of the presentation, giving us an idea of what to expect. Here are some of the things Apple TV owners can expect when tvOS 15 is released this fall.

tvOS 15: Sign in with Face ID or Touch ID

There’s a new framework for Apple TV apps that will let sign in using Face ID or Touch ID on your iPhone if you have a stored password. Soon, typing in passwords or obscure sign-in codes on your Apple TV may be a thing of the past!

SharePlay lets you watch content from the TV app while you’re on a FaceTime call on your iPhone, iPad, or Mac. But if you have Apple TV, you can watch the show up on the big screen while you continue your FaceTime call on your phone. The video (or music with Apple Music) will remain synced between everyone on FaceTime.

There’s a Shared with You row in the TV app, just like other Apple apps, to showcase shows and movies shared with you in Messages. But since you can have multiple accounts on a single Apple TV device, there’s also a “For all of You” section with suggestions that match the interests of multiple accounts.

This fall, you’ll be able to set Homepod mini as the default audio output device for your Apple TV, the same way you can with the big (discontinued) HomePod today. You can already use AirPods with your Apple TV, but Apple will extend Spatial Audio to the platform, so you can get a sort of surround-sound experience when you watch on the big screen.

You’ll be able to issue Siri commands to your Apple TV from HomePod, giving you a hands-free way to start playing content.

You can already view HomeKit connected cameras on Apple TV, but you’ll now see nearby controls for other HomeKit devices on screen when you do. So you can turn on exterior lights, for example.

We expect tvOS 15 to be released this fall along with Apple’s other major operating system updates, likely in September. It will run on the Apple TV HD and both the first and second-generation Apple TV 4K.

If you want to check out the tvOS public beta, you can head over to beta.apple.com using your Mac or iPhone and enroll your Apple TV. Updates will arrive via the Software Update tab in the Settings app beginning in July.