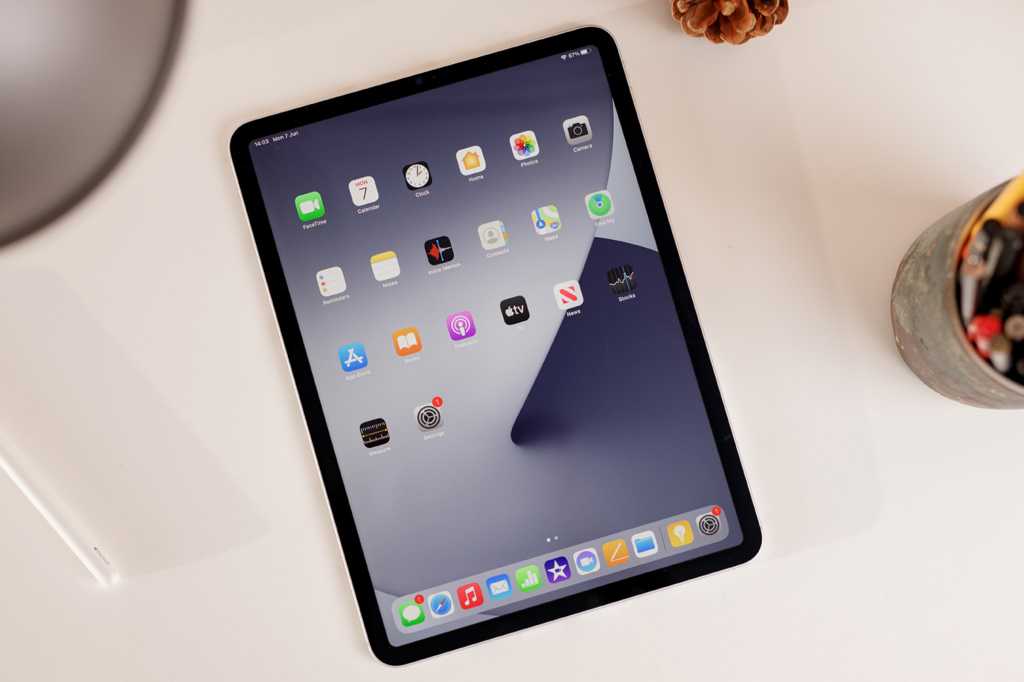 At long last, iPadOS 15 brings many of the features iPad users have been patiently waiting for: Home Screen widgets, App Library, better multitasking, Stickies-style Quick Notes, and a desktop-caliber Safari tab bar to name a few. Once the update rolls out to iPads this fall, it’ll give the tablet a much-needed overhaul that’ll make it seem a bit more modern than it does now.

But if you just bought one of the new 12.9-inch iPad Pros, it won’t seem much different at all. Sure, if you squint, the new Home Screen is a bit more Mac-like. The new multi-window shelf makes you more productive by bringing systemwide multitasking. And keyboard navigation and expanded shortcuts give the Magic Keyboard a bit more purpose.

But at its core, it’s still an iPad, whether you spend $329 or $3,029. Nothing about the iPad Pro’s M1 processor or 16GB of RAM will make iPadOS 15 any better. Of course, you can make the same argument about the Mac. MacOS 12 Monterey includes a bunch of cool features for pros, such as Universal Control and Shortcuts that will help users work smarter and faster, but it’ll all work the same no matter whether you have a MacBook Air or a Mac Pro.

However, there’s a reason why people spend thousands on a MacBook Pro or Mac Pro—performance. When you spend more on a Mac, you’re getting more power and more speed, which is why we’re still waiting for the high-end Apple silicon machines to launch. They’re rumored to bring much more processing and graphics power that will absolutely benefit the Mac users willing to spend thousands on high-end machines.

The iPad it’s different. While the iPad Pro is certainly faster than the entry-level iPad and the iPad Air in benchmarks, it doesn’t feel all that faster when using it. I’ve been testing the 12.9-inch iPad Pro, and compared to the 2020 model or the iPad Air with an A14, it doesn’t feel all the much faster. Maybe apps open quicker if you use a stopwatch, but iPadOS has never felt slow unless you’re using extremely old hardware (and maybe not even then).

So while iPadOS 15 rights some of the wrongs with multitasking and the Home Screen, it doesn’t do anything to elevate the iPad Pro beyond being a slightly faster iPad Air with a nicer screen. And I’m not sure Apple’s iPadOS updates ever will.

Nothing for power users

While there’s nothing about macOS that’s specifically built for pro users, but the system is versatile enough to feel like it is. That macOS is easy to use if you’re an amateur and powerful enough for pros is thanks to a wide range of features and flexibility built into the UI.

That’s not really the case with iPadOS. While some power users manipulate Shortcuts in inventive ways and take full advantage of the gestures and keyboard shortcuts, there isn’t really a benefit to buying a higher-end machine when it comes to the user experience. Things like 5G and Thunderbolt are nice to have, but they don’t really elevate the experience all that much.

If anything, iPadOS 15 is a step backward for pros. The new multitasking features don’t really change the way the system handles multiple apps, but rather makes them easier to discover and easier to use. Assuming the old gestures still work, iPad Pro users will likely access their apps the old way and avoid the Multitasking menu altogether.

A supporting player, not the star

Apple appeared to throw a bone to Pro users with the ability to build apps in iPadOS 15, but even that is watered down. Rather than take advantage of the chip and RAM in the iPad Pro and release a tablet-friendly version of Xcode, Apple instead added new features to Swift Playgrounds, its learn-to-code app. Apple says developers will have access to a “full library of UI components” and be able to submit apps directly to the App Store, but most veteran app developers, even those who write in Swift, will likely stick to Xcode on the Mac.

And then there’s Universal Control, which is probably the coolest feature unveiled at WWDC. While technically a Mac feature, it works best when used with an iPad to drag and drop content between devices and work as if they were a multi-monitor setup. While technically available to most iPads running iOS 15 (Pad Air 3rd gen and later, iPad 6th gen and later, and iPad mini 5th gen and later), it’s very much a pro feature and will no doubt make workflow easier for people who use a Mac and an iPad.

But even if Universal Control were relegated to the iPad Pro, it still treats the tablet as a something of a companion device. iPadOS 15 could have brought true external monitor support, a desktop mode for the Magic Keyboard, better file management, pro apps—anything to take advantage of the new iPad Pro’s high-end features and processor. Instead, we got a bunch of iOS 14 features.

The timing was perfect for the iPad Pro’s coming-out party, but instead, we’re left wondering who exactly that gorgeous machine is made for. And sadly, I feel like we’ll be asking the same question this time next year when iPadOS 16 arrives.