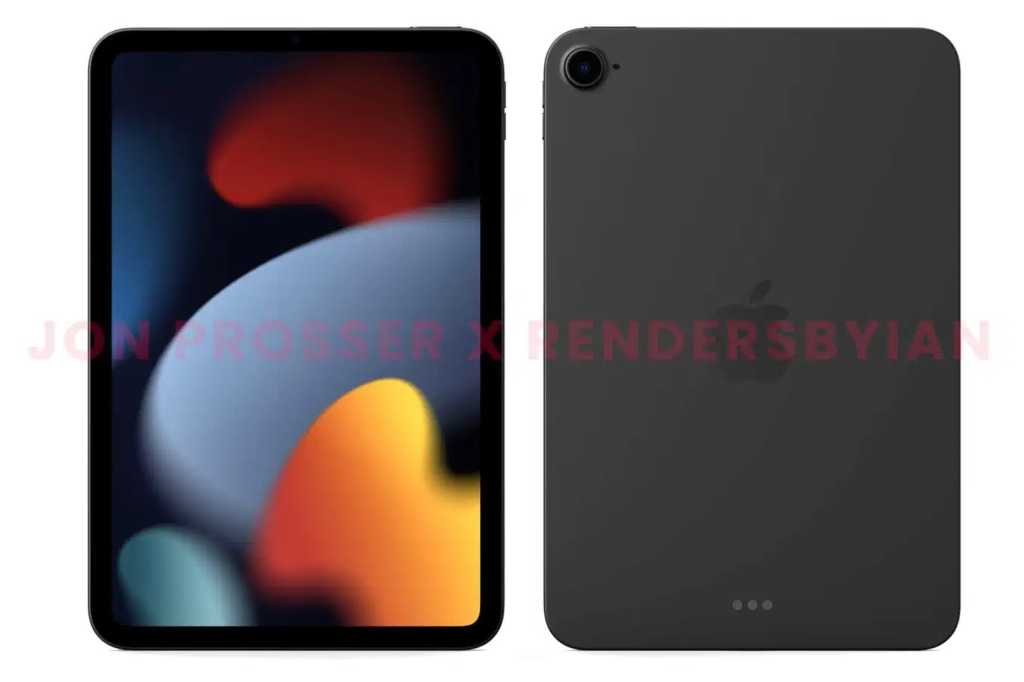 Ever since the iPad mini 5 launched in 2019, we’ve been hoping Apple would give it a proper redesign. If a new rumor is to be believed, we’re getting it in a big way.

According to Jon Prosser’s newly launched Front Page Tech website, the sixth-gen iPad mini will be getting an iPad Air makeover when the new tiny tablet launches later this year. In a detailed report with renders, Prosser says the new mini will be getting “the flat treatment” like the iPad Pro and iPhone 12. He also says the home button will be jettisoned and the Touch ID sensor will be relocated to the power button like the iPad Air.

Prosser says the dimensions of the new model will be similar to the existing one (206.3 x 137.8 x 6.1mm vs 203.2 x 134.8 x 6.1mm), so the screen will be larger. Prosser doesn’t weigh in on the screen size, but we’ve heard previously that it will grow to 8.4 inches from 7.9 inches. Prosser says the new mini tablet will also be getting a USB-C port instead of Lightning as well as a 5G and a new set of speakers.

The current iPad mini already supports the Apple Pencil, so it shouldn’t come as a surprise that the new model will too, but Prosser says there will be a new smaller model built specifically for the iPad mini. We can attest that the full-sized Pencil is a bit too large to be used comfortably with the iPad mini and a smaller—and hopefully cheaper—model would be a great fit. We’ve heard that a new Apple Pencil is in the works with similar specs to the current model, so this rumor tracks.

An iPad mini that’s essentially a smaller iPad Air would be a perfect travel companion for people who write, draw, or read on the go. Its size already rivals the Kindle, and with a larger screen and A14 processor, it would be one of the most powerful tablets you can buy. And we would do exactly that, as soon as Apple lets us.