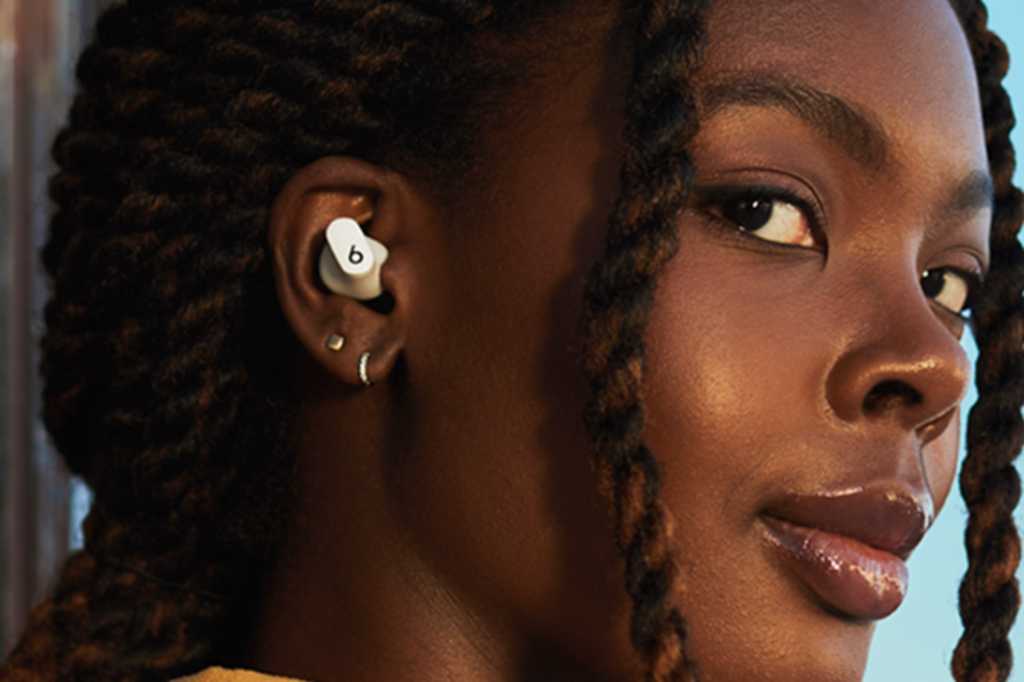 While we’re still waiting for the AirPods update that was rumored to arrive last year, Apple is giving headphone buyers another reason to hold off on buying a pair. Today Apple’s Beats announced the Studio Buds, a pair of true wireless noise-canceling earbuds with spatial audio support that cost $150.

About the only thing you won’t get with the Studio Buds that isn’t “Pro” is wireless charging. The Beats Studio Buds have Active Noise Cancelling, Transparency mode, eight hours of continuous listening time with five-minute Fast Fuel charging that gives up to an hour of playback, and IPX4-rated sweat and water resistance. You’ll also get “Hey Siri” support as well as on-device controls and support for Apple Music’s new spatial audio tracks.

The look is quite different than the current AirPods Pro and more in line with the rumored update. The Beats Studio Pro don’t have stems, so they fit flush in the ear. Eartips with three size options will ensure a snug fit. Apple also says the Beats Studio Buds are “engineered to deliver powerful, balanced sound in a compact design, through an entirely customized acoustic platform.” They charge in a case via USB-C.

If you’re tired of waiting for the new AirPods to launch, the new Beats Studio Buds could be a good, cheaper alternative. You can preorder them beginning today for delivery on June 25.