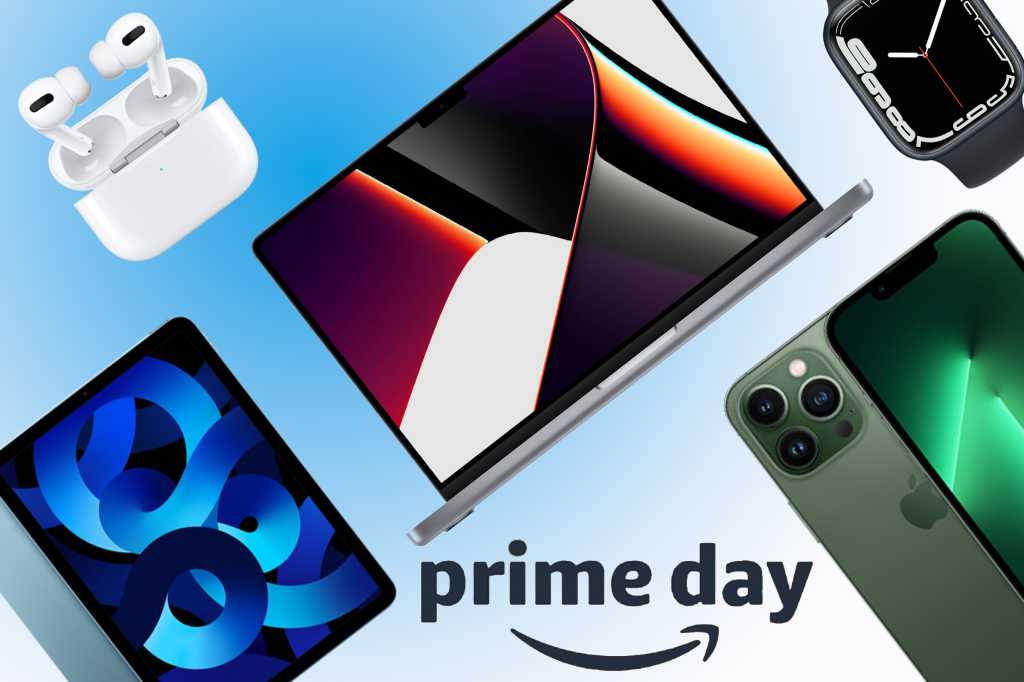 Amazon’s annual Prime Day sale is the best time of year to save money on Apple devices. For two days every year, you’ll find tons of deals. We’re expecting the next Amazon Prime sale to kick off in July 2023, but for now, here are the best prices we could find on the latest Apple gear.

You’ll need to sign up for Prime to qualify for the discounts, but that also gives you free one or two day delivery and access to Prime Video. If you don’t already have a Prime membership, you can sign up for the free 30-day trial. After that ends, the service costs $14.99/£8.99 per month or $139/£95 a year.

Below you will see the best deals we saw during Amazon’s Prime Early Access sale in October 2022, which should give you an idea of what to expect from Prime Day 2023.

Amazon rarely discounts iPhones in the U.S. and when it does they are tied into a contract. However, you can visit Amazon’s iPhone page to see the deals on offer.

Want a display to go with your Mac or MacBook? See our Best monitor or display deals for Prime Day

How to qualify for Prime Early Access Sale deals

Amazon Prime is a service that began as a way to get unlimited next-day delivery but has since become much more. Subscribers get access to Amazon’s Netflix rival Prime Video, plus plenty of other benefits. You can see all Prime benefits here.

How to get the best Apple deals

Here are some quick tips to grab an Apple bargain during the two-day Prime Day sale.

It’s essentially a catalogue for the full range of Apple products, and when you click through to specific devices, you’ll also see any available discounts.

We’ve listed all available devices below, many of which had good discounts off last Prime Day. We’d recommend bookmarking the product pages you’re most interested in, so you can browse discounts as soon as Prime Day hits.

Here are the same product pages for UK readers:

2. Be prepared before Prime Day

Prime Day deals will go quickly, as many offers are available as Deals of the Day, which means stock can be limited or last for only a few hours.

Ensure first off that you’re signed up to Amazon Prime to access the deals on Amazon. You don’t need to be paying for the service; you can be on the free trial.

If you come across a deal that has sold out, you can usually join the waitlist to be alerted to any stock that becomes available, usually because someone has decided they don’t want to purchase it after all and removes it from their basket.

You can also use the “Watch this Deal” button on upcoming deals to be alerted when they become available.

3. Keep an eye on our deal selections

With a team of Apple-breathing experts browsing through deals and offers every day (literally), you can be sure if there’s a top offer out there. See only the best deals on Macworld right here.