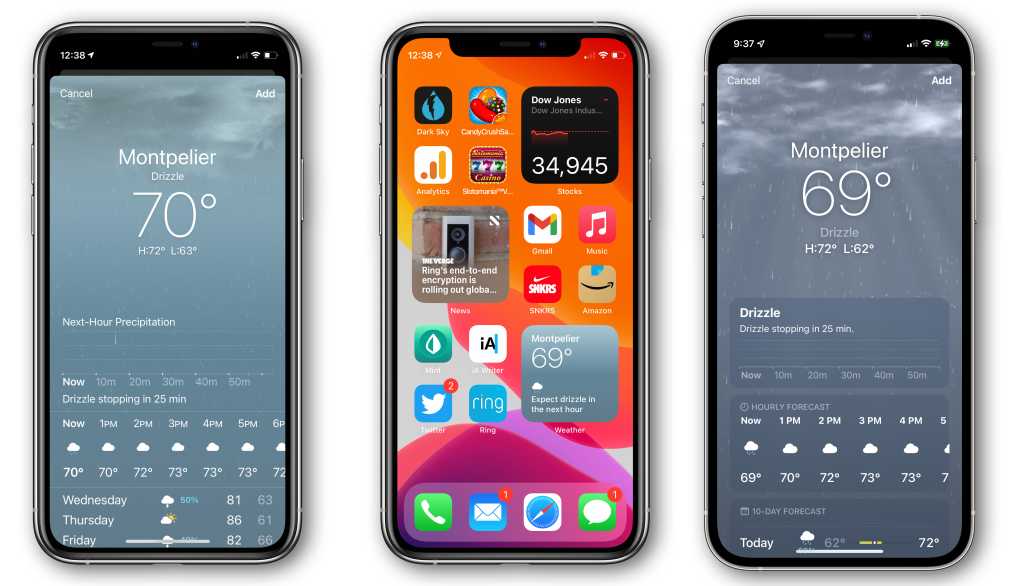 Interestingly, 69 degrees will be displayed on the Weather home screen widget. And as discovered by The Verge, old versions of iOS didn’t have this limitation—they found a device running iOS 11.2.1 that showed the correct temperature.

As you can see in the image above, iOS 14 (left) won’t show the correct 69-degree temperature for Montpelier, Vt., but the widget (center) displays it just fine. And the iOS 15 beta (right) has no problem displaying 69 degrees.

It is unclear how this came to happen, or what the intended behavior is. Perhaps iOS 15 corrects what can only have been a deliberate but ill-advised choice, or perhaps Apple intends for its Weather app never to display the number 69, however accurate it may be, and we’ll see iOS 15 adopt this behavior before release.

We suspect this is a rounding error introduced in recent versions of iOS 14—the Weather app may be calculating all temperatures internally in Celsius, and rounding it off to a whole number before displaying the Fahrenheit conversion. The Weather widget (and iOS 15’s Weather app) probably don’t round off the Celsius value before conversion to Fahrenheit.