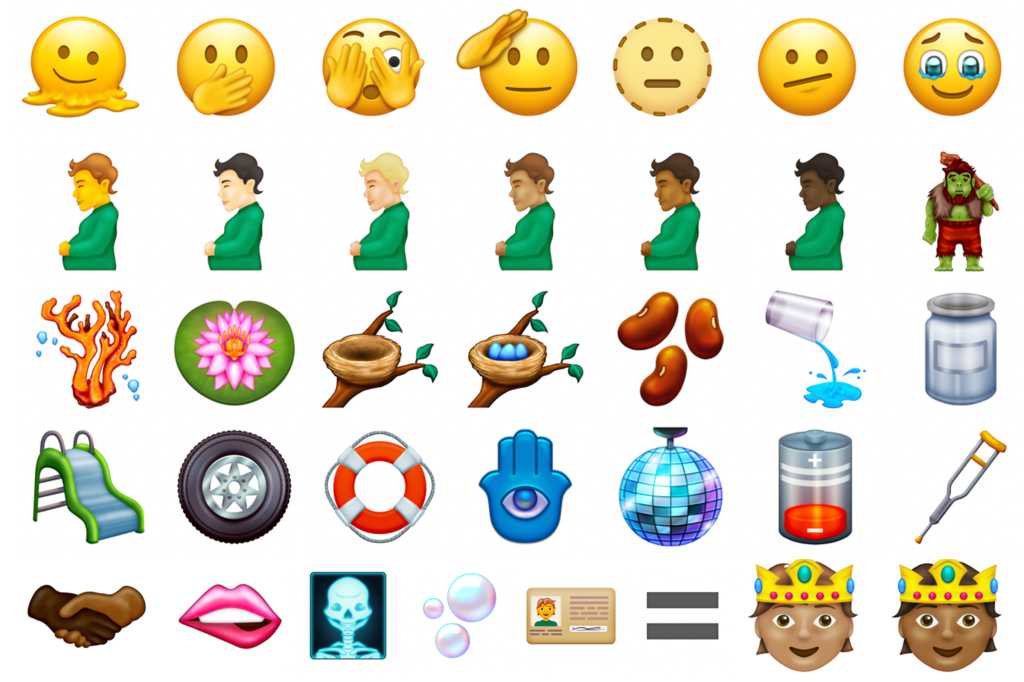 Just when you thought we had all the emoji we could ever need, the Unicode Consortium drops a whole bunch of new ones for us. And while the list still isn’t final, there’s a good chance most of these 100-plus emoji will land on our iPhones late this year.

The final list still needs to be approved—and Apple would then need to put its own artistic spin on them—but among the emoji being considered for release are a melting face, face holding back tears, a pregnant man, and a mirror ball.

You can find the full list on the Emojipedia website. The group expects final approval of the designs in September, but Apple doesn’t always include new emojis in the initial iOS release. For example, iOS 14 did not include that year’s new emojis, but there were a lot added in iOS 14.2 in November, and more in iOS 14.5 in February (from the emoji 13.1 list).