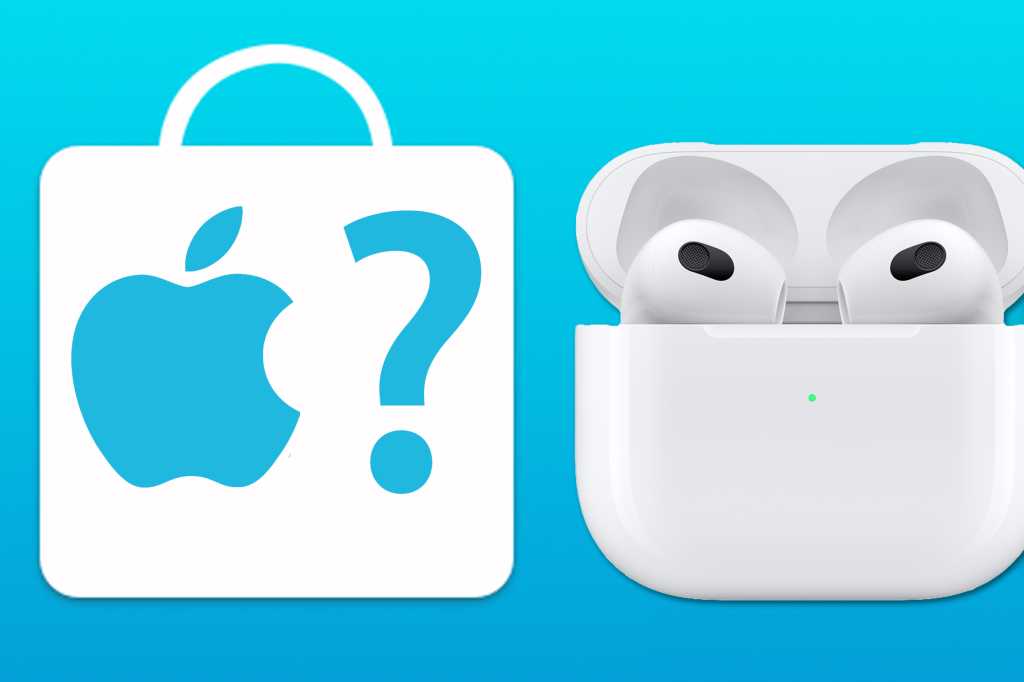 We don’t have to explain why you might want AirPods. Apple’s take on true wireless earbuds revolutionized the market and have sold in massive numbers ever since. You see them in the ears of reporters, coworkers, and celebrities all the time—especially in our age of remote work and Zoom meetings.

The real question is, should you buy one now, or will you be disappointed when a new model is released in just a few weeks? Here’s what we know, and what we recommend.

The third-generation AirPods start at $179 and take several design cues from the AirPods Pro. They have shorter stems and a touch-sensitive click area on the stem, just like the AirPods Pro. The charging case is shorter and wider and supports wireless charging and MagSafe (in addition to charging via the Lightning connector).

The new AirPods feature a new driver design for better sound, and support Spatial Audio with head tracking in supported video apps, just like AirPods Pro. They don’t have rubberized tips or noise-canceling technology like the AirPods Pro, though. Apple claims the battery will last for six hours, an hour longer than second-generation AirPods.

Second-generation AirPods still available at the new low price of $129. This price does not include the wireless charge case, which is no longer available.

AirPods: Why you should buy

If you’re looking for basic, non-Pro AirPods, you have two options. The new and improved third-generation AirPods are now available at a reasonable price of $179, which is actually less than the $199 price of the second generation with the wireless charging case included. Given the pace of new AirPods releases, we expect this model to stick around for a couple years before it’s updated again.

If you don’t care about having the latest model, the second-generation AirPods just got a $30 price cut, so they’re more affordable than ever. What’s more, they’re frequently on sale for around $99, which is pretty affordable.

AirPods: Why you should wait

If you’re looking for a deal, you can expect the new third-generation AirPods to go on sale after they’ve been on the market for a while. Apple rarely offers sales in their own stores, but third-party retailers have $20-30 discounts on AirPods all the time. You just have to wait until the new model isn’t quite so hot-off-the-presses.

The other reason to wait is if you’re considering AirPods Pro, but want to know if there’s a new model coming soon. AirPods Pro haven’t been updated since their release in 2019, and rumors say an updated version with a new in-ar design might arrive in the first half of 2022. If you’re thinking you might rather have those than third-generation AirPods, and you’re patient, you could wait a few more months.

The third-generation AirPods are already starting to see some minor discounts in time for the holidays, and the second-gen models just got a price cut. Whichever model you’re interested in, you should go ahead and grab a pair. It’s also going to be a while before we get fourth-generation AirPods, so your the third-gen AirPods won’t be obsolete soon.