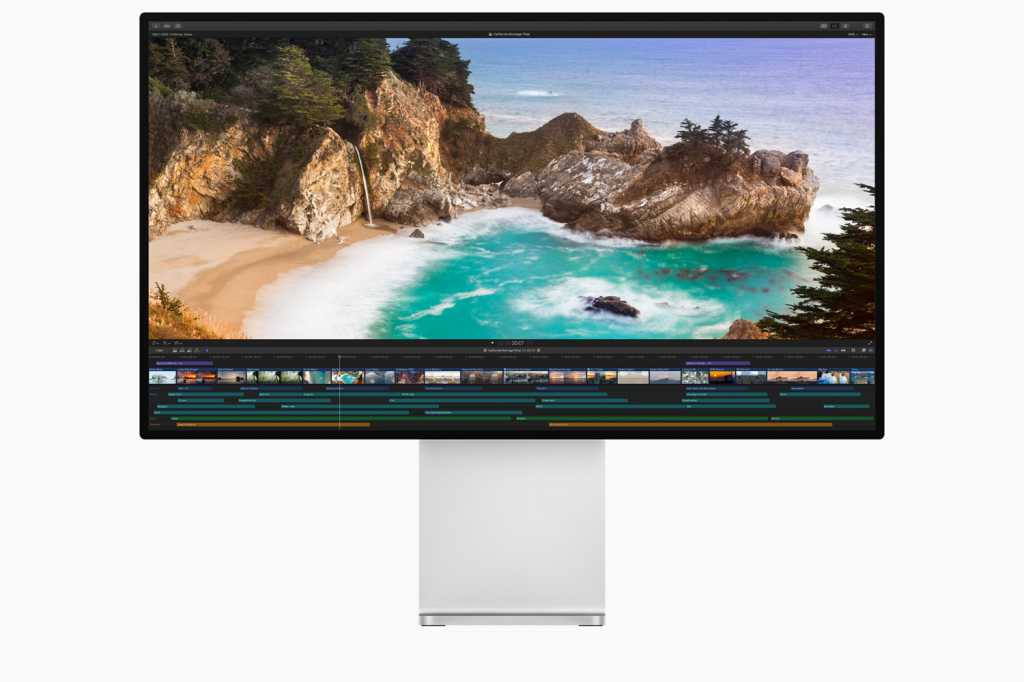 According to a report from 9to5Mac, citing “sources familiar with the matter,” Apple is internally testing a new display that will have an Apple SoC inside. The report says Apple is currently using the A13, the same processor as you’ll find in the iPhone 11. Though Apple has long been rumored to be working on a new lower-cost monitor, this particular project (codenamed J327) is said to be a high-end successor to the Pro Display XDR.

Stuffing an A13 inside would give the monitor a six-core CPU (two high-performance and four high-efficiency cores), a four-core GPU, and an eight-core Neural Engine, along with all the other stuff that goes into Apple’s modern SoCs like audio and video encoders, DSPs, and a secure enclave. It’s not yet clear what the purpose of this hardware might be. A full-scale application processor of this type is way overboard for normal monitor control operations (tone balance, backlight control, and so on).

One might surmise that the monitor would have a full TrueDepth module instead of a regular FaceTime camera, allowing for Face ID, Memoji/Animoji, and other AR operations. But there’s no real need to do that stuff in-monitor. Data could easily be sent to the Mac over the Thunderbolt connection, where the Mac (perhaps exclusively those with Apple silicon) does the necessary processing work. You wouldn’t want to store items in a Secure Enclave in your monitor, either.

The only reason we can really surmise that an Apple monitor would need a full SoC in it would be if Apple intends to provide some operations while the attached Mac is either off or asleep. Perhaps waking your Mac from sleep via Face ID (but how hard is it to tap the keyboard or mouse/trackpad?), or operating as a sort of HomePod or Apple TV without the Mac in the loop. We’ve heard rumors that Apple is working on a HomePod with a display, but that scenario seems more consumer-focused than you would find in a high-end professional monitor, though. So color us intrigued.