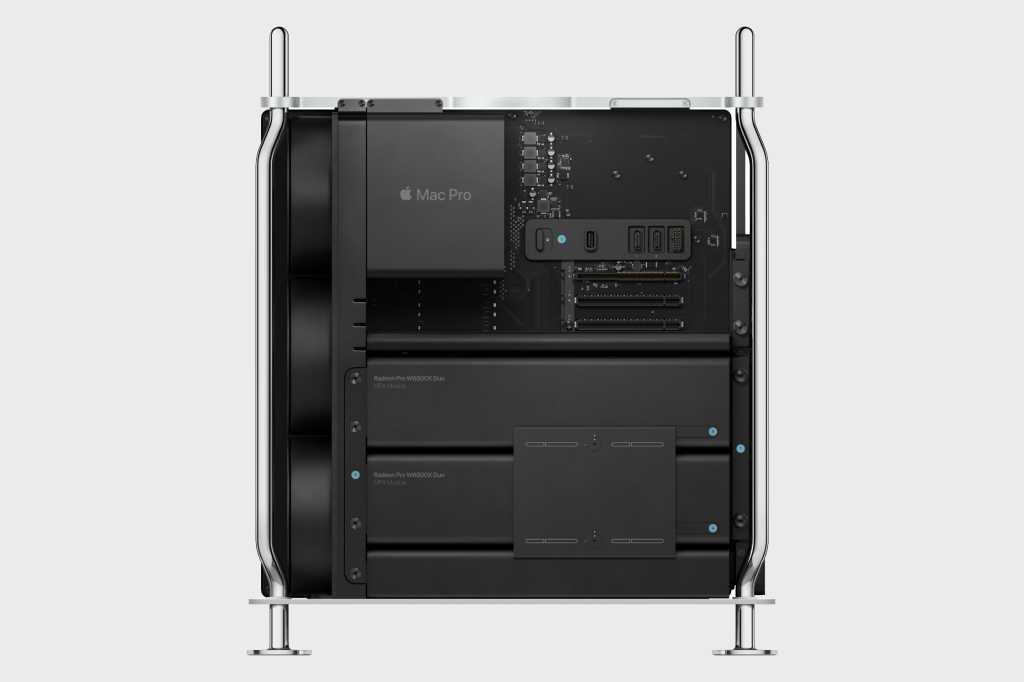 Apple and AMD have started offering new graphics options for the Mac Pro desktop and there’s no shortage of power. The Radeon Pro W6800X, W6800X Duo, and W6900X are new workstation-class variants of AMD’s very popular consumer RDNA2 graphics cards, the Radeon 6800 and 6900XT. The X6800X Duo is sort of unique in that it puts two Radeon Pro 6800 GPUs on a single card. The cards can now be selected—alone or in pairs—when configuring your Mac Pro.

The Radeon Pro W6800X Duo is unique in that it has no consumer analog. It puts two W6800X GPUs, each with their own memory, on a single graphics card (pictured below). This card will run you $4,600, or you can buy two to create a four-GPU workstation for a mere $9,600.

These GPUs replace the AMD Vega II MPX Modules as configuration options, but both those old cards and these new ones and are also available as standalone modules for those who have existing Mac Pros and want to swap out their graphics cards. The price for the standalone cards is $400 more than the upgrade price when configuring a new Mac Pro.