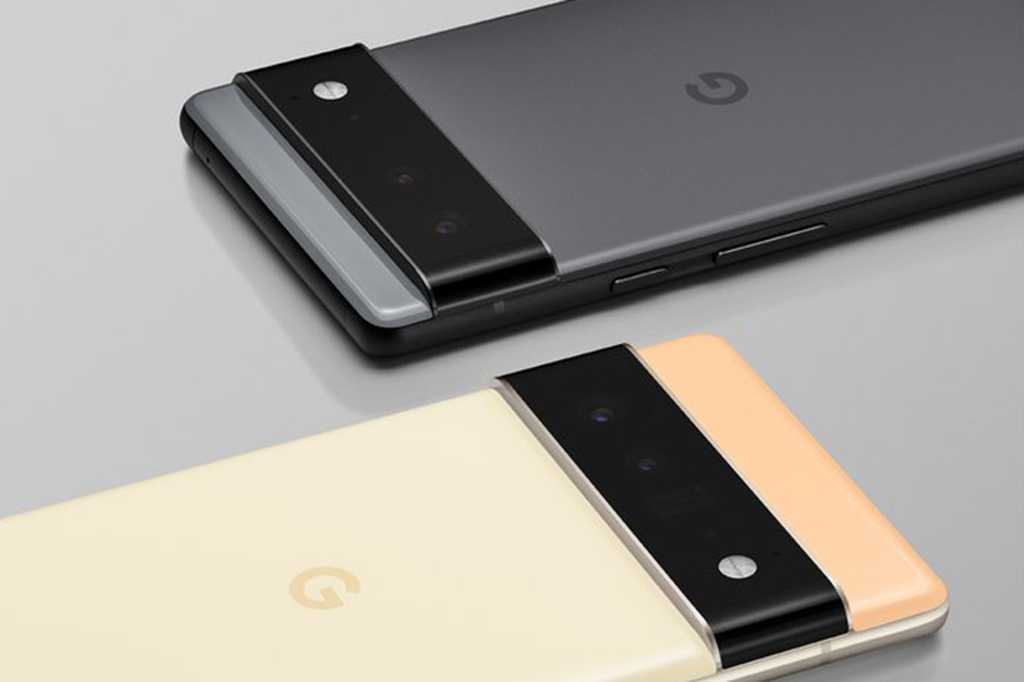 The smartphone wars are starting to heat up. Earlier this week, Google teased the upcoming launch of the Pixel 6 and Pixel 6 Pro, and it’s a huge change of pace for the flagship handset. For one, it has a striking new design that’s both unique and eye-catching. Instead of a floating camera array in the corner, the Pixel 6 has what Google calls the Camera Bar, a horizontal strip that runs across the top half of the device. It’s one of the most original smartphones designs in years and makes the iPhone 12 look a little plain by comparison.

It’s also got a new homegrown processor that Google calls the Tensor chip. We don’t know a ton about it, but it will handle all of the machine learning and artificial intelligence that Google is baking into the Pixel 6 and should bring some mind-blowing speeds and features to Google Assistant. There are also the cameras inside the bar, which have always been a Pixel calling card. But now Google has three to work in the Pixel 6 Pro—wide, ultrawide, and telephoto—so it should be able to snap some truly incredible photos.

But the big question is can it be a true competitor to the iPhone 13? Apple’s new iPhone always dominates the sales in the holiday quarter, but Google is definitely taking a page from Apple’s playbook, and if the features are strong and the price is right—Google has said it will be competing in the premium space, so it won’t be cheap—Google could lure more than a few would-be iPhone buyers into its tent. Join Macworld executive editor Michael Simon and Computerworld executive editor Ken Mingis as they discuss what Google has told us about its latest phones and how this might finally be the Pixel to challenge the iPhone.