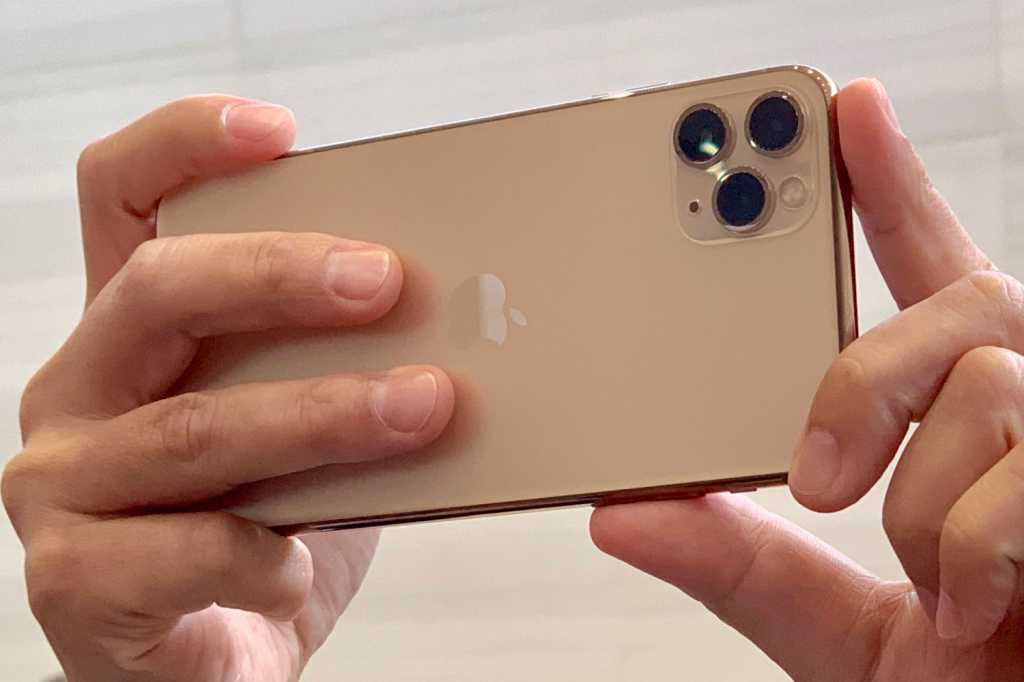 As the world reels from the effects of the coronavirus pandemic, Apple is still moving ahead with an ambitious 2020 roadmap, even if we don’t get any in-person events to show them off. Among the new devices on the way, according to a report by Mark Gurman and Debby Wu of Bloomberg, are four new iPhones (not counting the upcoming iPhone SE), a HomePod mini, and Bluetooth Apple Tags trackers, along with MacBook Pro, Apple TV, iPads, and iMacs.

The next iPhone, which will presumably be called the iPhone 12, is shaping up to be a massive leap forward from the iPhone 11. According to Bloomberg, the handset will by “borrowing cues from the latest iPads as part of a major fall refresh that will see 5G added to as many as four new handset models.” That means a new lower-end model will be joining the line-up for the first time. Previous rumors have suggested that the new entry-level device will have a 5.4-inch display.

The “Pro” models will reportedly “have flat stainless steel edges instead of the current curved design as well as more sharply rounded corners like the iPad Pro.” In a world where most high-end phones are doubling-down on curved glass, Apple will reportedly ditch the 2.5D glass that adds a slight curve to the sides, like the iPhone 5s.

Bloomberg also confirms the report that the new high-end iPhone Pro will have “a screen slightly larger than the 6.5-inch panel on the iPhone 11 Pro Max,” rumored to top 6.7 inches. The flagship models will also receive the same LiDAR system that debuted on the recent iPad Pro refresh, along with “a significant upgrade to the processor with an emphasis on speeding up artificial intelligence and AR tasks.”

Gurman also says the new iPhones will have smaller notches.

In addition to the new iPhones, Apple is also reportedly preparing a new HomePod smart speaker “about half the size of the original while keeping a similar design.” Due in the second half of 2020, it will be positioned as an alternative to Google’s and Amazon’s inexpensive offerings. It’s unclear what the new price point of this new model will be, but Apple has reportedly been selling the original $299 HomePod to employees for $149.

Also due this year are the long-rumored Bluetooth accessory Apple Tags, as Bloomberg calls them. Similar to the Tile trackers, the “this, small, puck-shaped tags” will attach to objects via a keychain and will come bundled with an Apple-designed leather sleeve. Previous rumors have said the tags will use Apple’s ultra-wideband chip for calculating precise locations. Bloomberg notes that Apple Tags “will offer functionality much like gadgets already on the market.”

Finally, Apple has a slew of product updates on the way as well, including “a new version of the MacBook Pro, Apple TV, refreshed budget iPads and a new iMac.” Previous rumors have pegged the 13-inch MacBook Pro for a refresh with Apple’s new scissor keyboard and a larger screen, while the Apple TV hasn’t been updated in more than two and a half years.