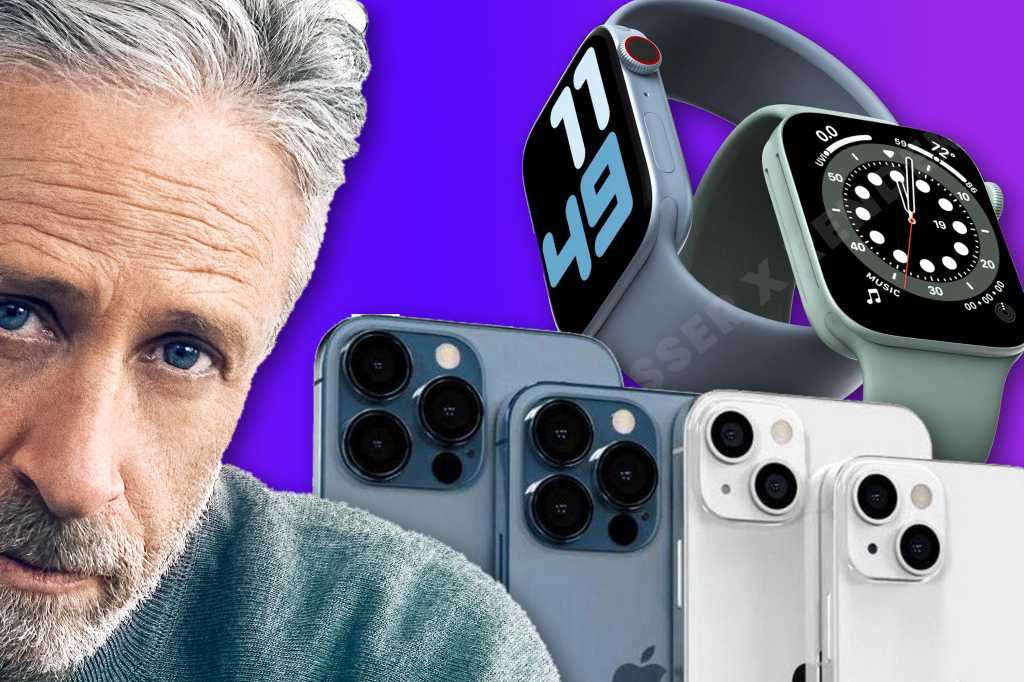 September is going to be a really big month for Apple. It’s when Apple always unveils the new iPhones and Apple Watch (the 2020 pandemic year was an odd exception), along with releases of the new iOS and macOS operating systems.

September may hold some other surprises, too. We’re expecting new MacBook Pros this year, perhaps new AirPods, and maybe even new iPads. Any of those could be announced in September. Beyond that, there are lots of big Apple TV+ shows and Apple Arcade games on the way.

September is usually the month in which Apple announces new iPhones and Apple Watches during an event on Tuesday or Wednesday of the second full week of September. That’s the 14th or 15th, this year. We haven’t seen an invitation or “save the date” type announcement yet, but with the events being virtual instead of in person at the Steve Jobs Theater, such marketing materials can go out only a week before. Last year, the COVID pandemic delayed the iPhone announcements until October, but we think it will probably be back on track for September this year.

iPhone 13: Rumors say the major new features of the iPhone 13 will be 120Hz ProMotion support, greatly improved cameras, and the A15 processor. For more, check out our iPhone 13 rumor roundup.

Apple Watch Series 7: The next Apple Watch is expected to change the design for the first time in a long time. There will be flat edges and larger displays with smaller bezels, and possibly multiple colors to choose from. Catch up on all the rumors in our Apple Watch Series 7 rumor roundup.

AirPods 3: Among the many products rumored to be released through the end of the year, the next-generation AirPods (colloquially called AirPods 3) seems most likely to make a debut sometime in September. They should feature a new design with a different buds shape and shorter stems, similar to AirPods Pro. Our next-generation AirPods rumor roundup has all the details.

MacBook Pro 14-inch and 16-inch: There are apparently new MacBook Pro models on the way, with more powerful Apple Silicon chips and huge design and feature changes. We don’t expect Apple to announce them in September, but you never know!

iPad and iPad mini: The base model iPad is due for an update, and we’ve heard rumors of a new iPad mini (with a flat-edge design and Touch ID side button similar to the iPad Air) for quite a while. Apple could announce these in September or later in the year.

Apple always releases most of its new yearly operating system updates in September, and we don’t think this year will be any different.

With iOS 15 and iPadOS 15, Apple’s adding a heap of new features that will arrive alongside the new iPhone. There are changes to Safari, Focus modes, Live Text, several new sharing features, improvements to Wallet, Messages, and more. Our iOS 15 superguide has all of our coverage so far.

The initial release of macOS 12 Monterey will probably come at nearly the same time as iOS 15 and iPadOS 15, but it’s not unusual for the Mac operating system update to follow a week or two behind. That might potentially push the release into October or even November, but there’s really no way to know until Apple makes an announcement.

Typically, the new tvOS release comes at the same time as iOS and iPadOS. The tvOS 15 release has some new sharing and HomeKit features, and Spatial Audio with AirPods, but it’s a smaller update than in years past.

Just like tvOS, the new watchOS is usually timed to coincide with iOS updates. So we expect watchOS 8 to release right with iOS 15 (give or take a day). It’s a relatively minor release, with Mindfulness features added to Health, Focus modes, and a handful of small changes. But we expect more new features to be a part of the Apple Watch Series 7 release.

A new service from Apple, iCloud+ is part of all paid iCloud plans—as long as you spend at least $0.99 a month for 50GB of iCloud storage, you’ll have iCloud+. In essence, it’s a way to re-brand paying for iCloud storage space, as it comes with a set of other features.

iCloud+ will let you create aliases to hide your email, store HomeKit Secure Video in your iCloud account (it doesn’t count against your paid storage), use a custom email domain for your iCloud mail accounts, and use iCloud Private Relay in Safari.

Some of the iCloud+ features may come in an update later this year, but the service as a whole launches together with iOS 15, iPadOS 15, and macOS 12 Monterey.

September is a big month for Apple TV+. Season 2 of See just started up and continues throughout the month, but it’s the launch of several new big programs in September that has us most excited. Check our list of upcoming AppleTV+ shows, series, and movies for everything on the horizon.

9/11: Inside the President’s War Room: A documentary film produced by the BBC, this film takes an inside look at the first 12 hours of the Bush White House 20 years ago during the 9/11 attacks. It was released on September 1.

Come From Away: A stage production of the hit broadway musical lands on September 10.

The Morning Show (Season 2): It took longer than expected for Apple’s biggest launch show to get its second season, thanks in part to disrupted production from the COVID-19 pandemic. Jennifer Anniston, Steve Carell, and Reese Witherspoon, and Billy Crudup return on September 17.

The Problem with Jon Stewart: Jon Stewart stepping back in front of the camera for a new regular show is a huge deal. This one-hour show will tackle a single current-affairs issue in each episode, with a focus on the people impacted and those responsible. New episodes will stream every other week. The show premieres on September 30.

Apple releases new games to Apple Arcade on Fridays, but not every Friday is marked by a new game or significant update. Check our Apple Arcade FAQ for a full list of Apple Arcade games and more details on the service. Many games are released with no forewarning, but you’ll often see a couple of projects listed in the Coming Soon section. Some have release dates, but most seem to launch by surprise.

It looks like Apple Arcade releases are finally starting to pick up the pace a little, thanks in part to Apple’s new policy change, whereby existing App Store games can find their way to Arcade with a “+” on the end (and maybe a few tweaks). Here are the titles in the Coming Soon section, many of which should launch in September:

Layton’s Mystery Journey+: This entry in the popular Professor Layton series first landed in the App Store four years ago.

MasterChef: Let’s Cook: A cooking competition game where you get matched with other players from around the world.

Zen Pinball Party: A dozen pinball tables, some featuring Dreamworks and Hasbro brands, with more on the way.

Castlevania: Grimoire of Souls: A full-scale Castlevania game first released only in Canada in 2019 as a soft launch, then pulled from the App Store. Now it’s back.

Temple Run: Puzzle Adventure: The theme of the popular endless runner provides the template for this match-3 game.

Crossy Road+: Sort of an homage to Frogger, Crossy Road was a huge hit when it landed in the app store in 2014.