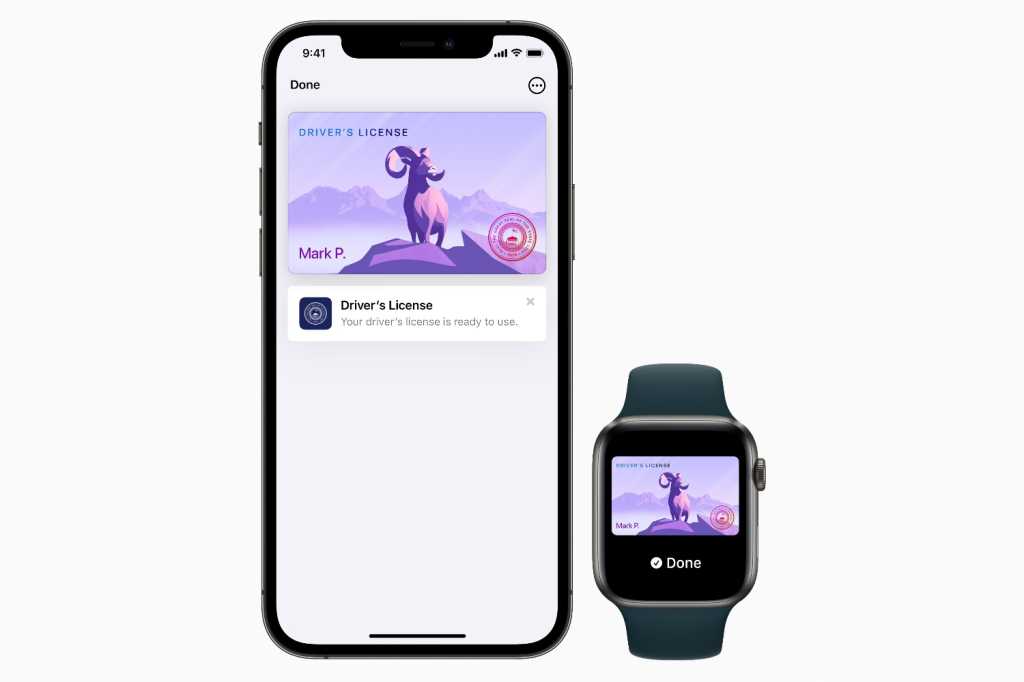 Updated on 9/2/21 with information from a report by John Gruber, who talked to Apple about the Apple Wallet ID implementation.

Arizona and Georgia will be the first to implement Apple Wallet support, while Connecticut, Iowa, Kentucky, Maryland, Oklahoma, and Utah will follow. Availability will be announced by each state at a later date.

Adding the ID to Apple Wallet is like adding a credit card. In Apple Wallet, tap the + icon in the upper right of the screen, and you’ll need to scan your driver’s license or state ID card and also take a selfie. The images will be securely sent to the state for verification. The iPhone will also need to record facial and head movements (similar to how you activate Face ID) as another security step. When the state verifies you, your ID will appear in Apple Wallet.

According to Apple, users in these states will be able to use the new functionality at TSA security checkpoints at participating airports. Instead of handing over their iPhone to show ID,  the checkpoints will have an identity card reader where users can tap their iPhone or Apple Watch to present ID. A TSA request for information will appear and users will need to authorize it via Face ID or Touch ID. (Of course, if your travels involve a state not mentioned, you’ll need to present your physical ID card.)

John Gruber at Daring Fireball talked with Apple and was told that to help preserve your privacy, only the information required will be checked. Gruber presents the example of buying alcohol; the ID check will only verify that you are of legal age, and will not actually show your birthdate or any other information on your physical ID card.

Gruber also noted that for Touch ID, you need to register one finger when you add your ID. When you need to verify your ID, you must use that same finger.

Apple makes user privacy a priority and the company says that it and the states do not know when you use your ID in Apple Wallet. Data is encrypted on the device as well as during transmission. Apple’s mobile ID implementation supports the ISO 18013-5 mDL (mobile driver’s license) standard.