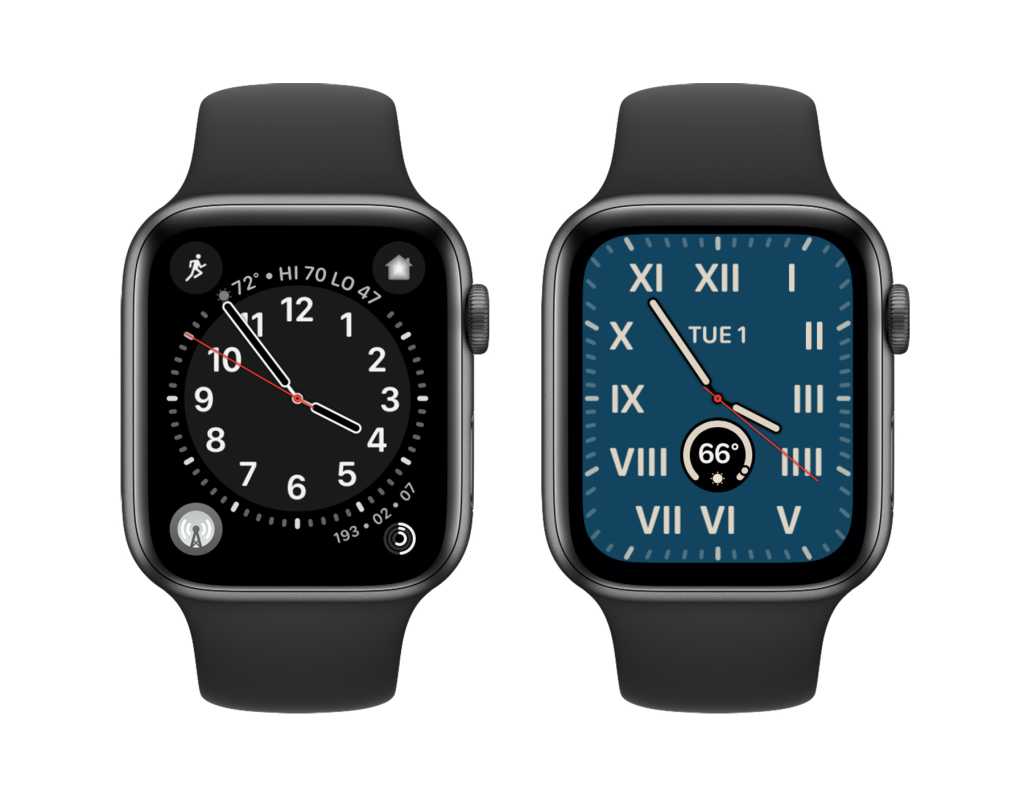 The upcoming Apple Watch Series 7 will have bigger displays, according to several reports that have landed in the past week. But in a Bloomberg report on Thursday, Mark Gurman provided additional details on the display and how Apple will take advantage of the increased sizes.

As has been reported before, Gurman states that the Apple Watch Series 7 will be available in 41mm and 45mm case sizes, a small change from the current 40mm and 44mm offerings. Gurman does provide a few more details on the screen. The display on the 45mm watch will be about 1.9 inches and have a resolution of 396×484, up from 1.78 inches and 368×448 on the 44mm watch. Gurman said that the new 41mm model will have a “similar jump” in display size and screen resolution. Both of the new watches will have a thinner bezel surrounding the edge of the display.

To show the advantages of the enlarged screens, Apple will have several new watch faces. These are the faces reported, though Gurman notes they might not all be released with the watch:

9to5Mac has interesting mockups of the larger screen sizes and the Modular Max watch face.

Thursday’s report follows a report made on Tuesday that the Apple Watch Series 7 could be delayed because of production issues. The Wall Street Journal reported on Wednesday that Apple is working on several health features for the Apple Watch, possibly for next year, including blood pressure sensor, a wrist thermometer, irregular heartbeat monitoring, and upgrades to sleep monitoring. Learn more about the new watch in our Apple Watch Series 7 rumor hub.