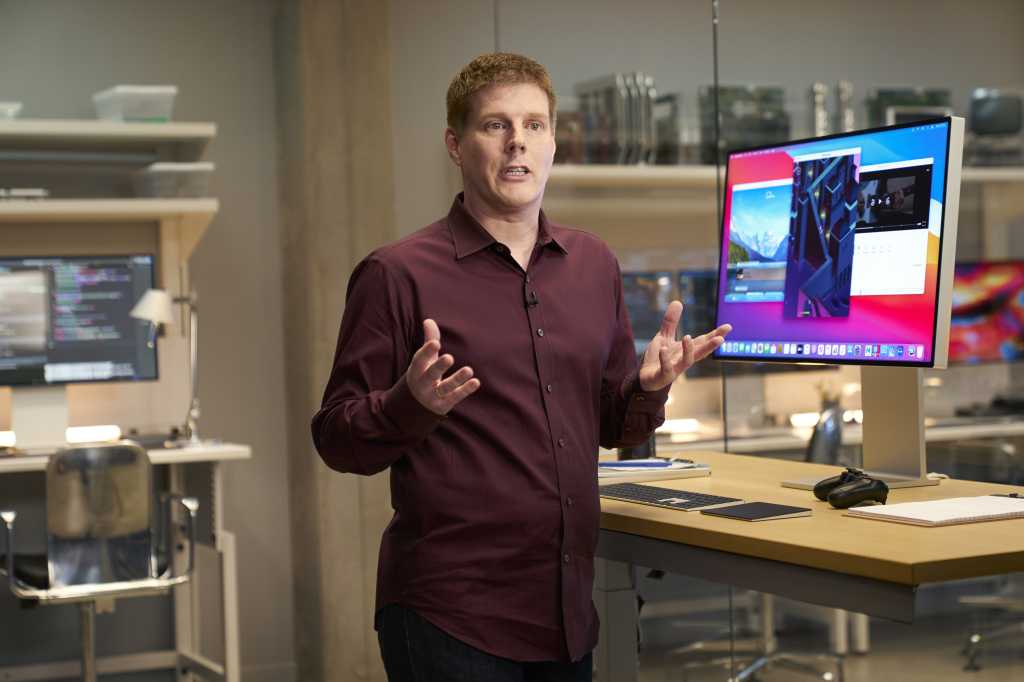 It was the most important WWDC keynote for the Mac since the arrival of OS X two decades ago. Apple’s announcement on Monday of the Mac’s third-ever processor transition  was big enough, but it was only the beginning. Apple also announced a new version of macOS, Big Sur, that is full of new features and design elements that paint the clearest picture yet about where Apple is taking the Mac in the future.

It’s no coincidence that Apple chose this moment to leave version 10 behind after twenty years, replacing it with macOS 11.0. 2020 is the beginning of the Mac’s next (and, depending on how you read the tea leaves, last) era.

The Mac and iPad collide

While Apple has gone to great lengths to suggest that the Mac and the iPad aren’t in any danger of merging into a single device, the evidence is clear: The Mac and iPad are getting more similar with each passing year. Just this spring, the iPad gained proper support for pointing devices. Now here comes iPadOS 14, which adds familiar sidebars to a whole lot of Apple’s default apps—interface elements very much inspired by macOS apps.

In turn, the major design overhaul in macOS Big Sur is clearly inspired by iPadOS. Toolbar elements highlight when the pointer moves over them. The new default window design collapses the traditional Mac title bar into a toolbar, with the sidebar extending all the way to the top of the window, looking very much like an iPad app. Everything in Big Sur is a rounded rectangle, iPad style, from the new app icons to the redesigned dialog boxes.

Big Sur changes the Mac interface in lots of subtle ways, too. Everything’s a little bolder, and spaced out a little more from other interface elements. It’s very hard not to look at the Big Sur interface and guess that Apple is trying to make it more conducive to a touch interface, in advance of introducing touchscreens to the Mac for the first time.

If you think the Mac adding a touchscreen seems unlikely, even if Big Sur is suspiciously spacing interface elements out, perhaps this will change your mind: Apple also announced on Monday that Macs running Apple-designed processors will be able to run iPhone and iPad apps, unmodified, straight from the App Store.

This is a huge move with a lot of serious ramifications. It certainly makes adding a touchscreen to the Mac make sense, since those apps are designed (and scaled) for a touch-first interface. But it also calls into question the entire future of traditional Mac software development.

Consider this: For two years, Apple has been pushing on a technology called Mac Catalyst, which allows the developers of iPad apps to bring their apps over to the Mac. (It also has the benefit of encouraging iPad app developers to add better support for keyboards and pointing devices, which has turned out to be an important iPad feature, as well.) But on a Mac running Apple silicon, all those developers will have to do to get their apps running on the Mac is to check a box in the App Store, opting them in to running on the Mac.

Will those apps feel like “real” Mac apps? Not at all. But they’ll run on Macs with no extra development work required. It’s a development that shows that Apple realizes that some apps are just never going to come to the Mac—and that the Mac is stronger if it can run them anyway.

So where does that leave Mac Catalyst? Perhaps in the place it was all along—as a tool for conscientious app developers to make their iPad apps feel more Mac native and less like iOS shovelware. In macOS Big Sur, Apple’s converting the Maps and Messages apps to Mac Catalyst, because even Apple couldn’t keep separate Mac and iOS versions of its apps in sync.

In the near term, if you’ve got a Mac with Apple silicon, this is going to be a good development. That app you wish you could run on your Mac—I’m looking at you, Xfinity and MLB.tv—will run on the Mac! The Mac will still be the Mac, and it will still run all the Mac apps you count on, but it’ll also do more, and that’s a good thing.

It’s clear now that Apple’s long-term vision for its computing platforms is that they’ll all share the same development environment. While the Mac will still be able to run traditionally developed Mac apps, the near future is going to be apps brought over from iOS with the help of Mac Catalyst, and apps brought over from iOS with no modification. Further out, Apple hopes that SwiftUI allows developers to build native software for any of its platforms, morphing from Apple Watch to Apple TV to iPhone to iPad to Mac.

If that’s true, though, does the Mac really still exist? The answer is yes—at least, until it doesn’t matter either way.

Consider the iPad. It’s primarily a touch-first interface, but over the years it’s proven to be a remarkably flexible computing device that will work in all sorts of different contexts. It works with the Apple Pencil. It works with external keyboards. And now it even works with mice and trackpads. In some configurations, today’s iPad already feels perilously close to treading on the Mac’s traditional turf.

Now consider the changes in store for macOS Big Sur and iPadOS 14, which bring the Mac and iPad interfaces closer together. Consider that in a couple of years, every Mac being sold will run the same family of processors as the iPad and iPhone. Consider that iPad apps can already become Mac apps with Mac Catalyst, and will soon be able to run unaltered on Macs with those Apple-designed processors.

Is it so far fetched to believe that, eventually, the Mac and the iPad will be a distinction without a difference? If you handed me an iPad and told me that if I attached it to a monitor, keyboard, and mouse it would work more or less like a Mac, would it be a Mac?

Today the answer is no—the iPad is distinct from the Mac, and both have their strengths and weaknesses. But will that be true after five more years of hardware, software, and App Store development? By the end of this decade, the Mac may be nothing but a particular use mode, defined more by the shape of the device it’s running on and the kinds of input devices used to control it.

By the time that happens, if we’re lucky (and if Apple executes its plans smoothly), it will be a distinction without a difference.