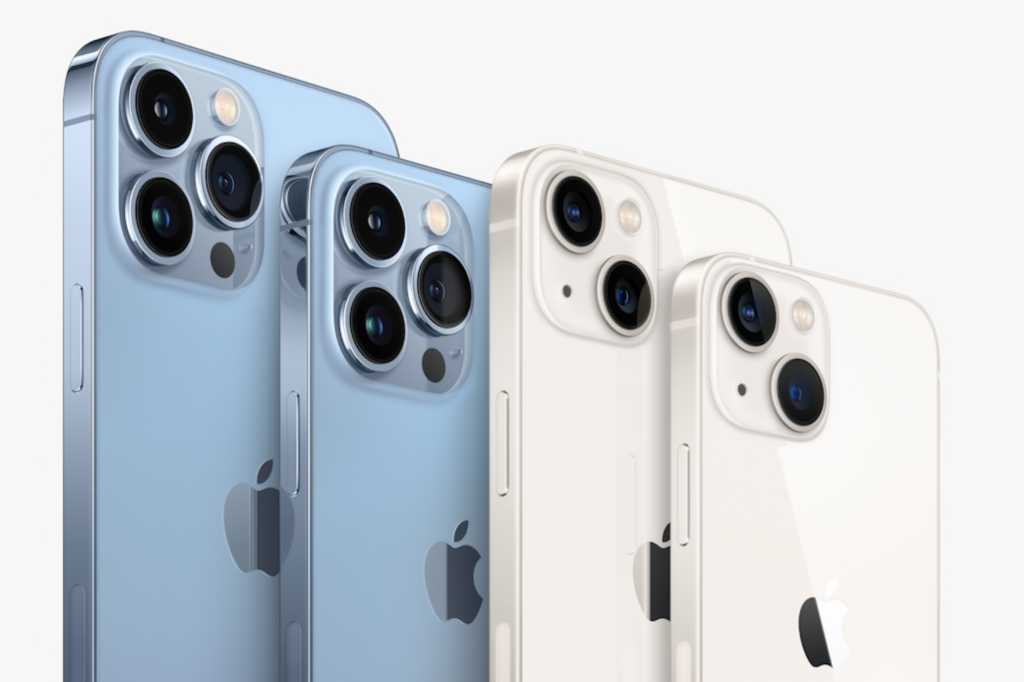 Apple had plenty of new stuff to announce during its September “California Streaming” event: new iPads, four iPhone 13 models, Apple Watch Series 7, and even some new Apple Fitness+ stuff. It’s a lot to be excited about if you’re an Apple fan, so much so that you might have missed some of the fine print. If you look really closely at the spec sheets, press releases, and product pages, you’ll find plenty of footnotes and asterisks worth taking a closer look at.

Here are some of the small, but important, details you may have missed.

Cinematic Mode is limited to 1080p and 30fps

Apple made a big deal about its Cinematic Mode for shooting video, which shoots Dolby Vision HDR and does both automatic and manual rack focus, while storing focus information in the video data so you can even change it later. It’s a really cool feature, but it’s not useful if you’re all about that 4K, because Cinematic Mode is limited to 1080p and 30fps.

Speaking of limited resolution, fans who are excited about the prospect of shooting in ProRes (after an update later this year) might want to make sure they get at least 256GB of storage on their iPhone 13 Pro. If you only have the 128GB model, it is limited to 1080p resolution at 30fps. To get 4K resolution (still limited to 30fps) you have to spring for the 256GB model or better. And as Apple said, ProRes is only for the iPhone 13 Pro and iPhone 13 Pro Max (Cinematic Mode is on all iPhone 13 models).

The iPhones are all just slightly thicker and heavier

All iPhone 13 models are just 0.01 inches (0.25mm) thicker than the iPhone 12 models. With the larger camera array, your old iPhone 12 case wouldn’t have fit, anyway. They’re also from 5 to 8 percent heavier, depending on the model. You’re not likely not notice a 10-gram difference in weight, though.

The notch is narrower, but also taller

Apple made a big deal about the notch on the iPhone 13 being 20 percent narrower than on the iPhone 12. It’s a really obvious difference (and we might even get another status bar icon because of it). But what you may not have so readily noticed is that the notch appears to be just a tiny bit taller, too. It’s a very small difference, and we’ll gladly take the tradeoff, but it looks clear in Apple’s photos.

The iPhone 13 has dual eSim support

The iPhone 12 supported dual-SIM with one nano-SIM and one eSIM. With the iPhone 13 line, you can do dual-sim with two eSIM connections, if supported by your carrier.

The iPhone 13 Pro has an extra GPU core

The iPhone 13 Pro and Pro Max only differ in size

Last year, Apple added features to the iPhone 12 Pro Max that weren’t available anywhere else, even in the iPhone 12 Pro. The telephoto camera was a 2.5x zoom instead of a 2x zoom, and the standard Wide camera was considerably bigger (47 percent larger) and had sensor-shift image stabilization. If you wanted the best, you had to buy the biggest iPhone whether you liked that size or not.

With the iPhone 13, the Pro and Pro Max models are totally identical, save for the obvious differences in size and battery capacity. They have all the same features, so you don’t have to buy the big model if you don’t want a really big phone.