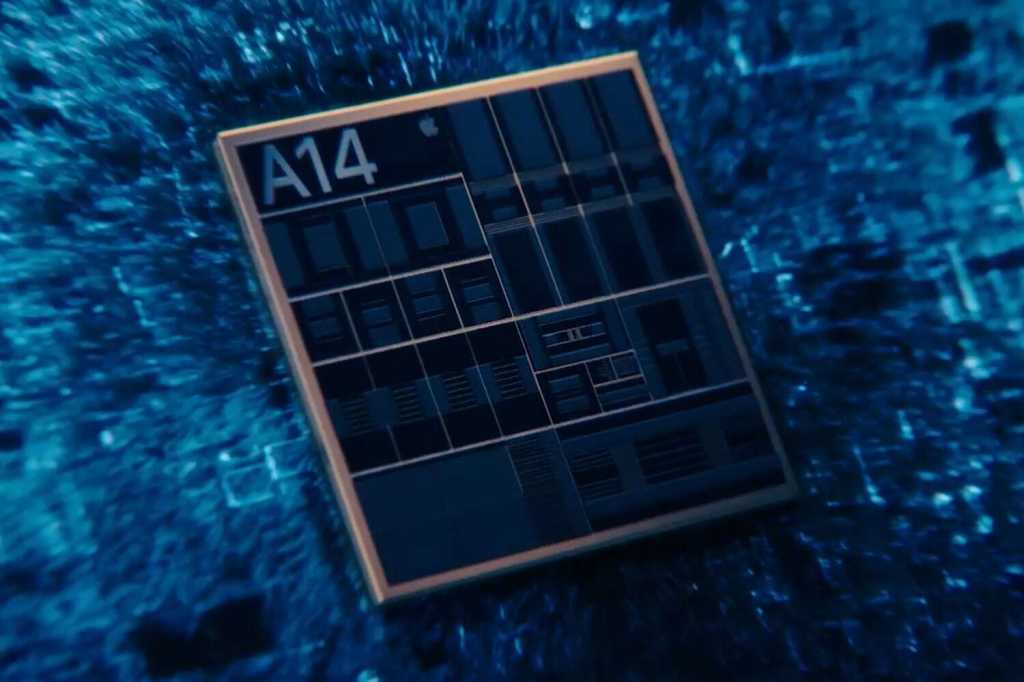 The future is here. Yes, this week marks the release of the iPhone 12, iPhone 12 Pro, and iPad Air. But it’s also the week we all finally get to meet Apple’s latest processor design for the first time. The A14 is here, and it’s going to be playing a major part in the entire Apple universe for the next year.

The iPhone would probably continue to be a popular product even if its speeds were comparable to top-end Android phones. But we haven’t had to test that theory in a while, because ever since Apple began designing its own processors, it has accelerated away from the competition.

For the last few years, by the time the new iPhones and Apple-designed A-series processors have arrived, the fastest smartphones available on the Android side have yet to match the performance of the previous fall’s iPhone. Yes, it’s true—Apple has lapped the field. And since Apple is the only phonemaker who can use Apple’s processors, it provides Apple with a huge advantage over all its competition.

Apple’s chip-design team has been remarkably consistent with its speed growth in traditional processor metrics, like those charted by the benchmarking utility Geekbench. Here’s the march of the last five A-series processors in terms of single-core performance as measured by Geekbench.

It’s a remarkably consistent slope of improvement, roughly 20 percent per year. 20 percent doesn’t seem like much, but it’s far more than the Intel processors in the Mac manage from year to year. And if you only upgrade your iPhone or iPad every couple of years, those 20 percent annual improvements turn into much more dramatic speed boosts.

The story is the same when it comes to multi-core performance.

Sometimes the leaps are larger and sometimes they’re smaller, but in general, Apple’s multi-core performance forges ahead at roughly 25 percent per year.

Of course, Apple’s also making strides in other areas. Apple’s chips aren’t just CPUs, they’re GPUs, and graphics performance has also been expanding remarkably. The A14’s GPU score on the iPhone 12 Pro is 25 percent faster than the A13 on the iPhone 11 Pro.

And while it’s hard to measure this with a benchmark test right now, Apple claims that not only was the A13 processor dramatically faster than the A12 at machine-learning tasks, but says the Neural Engine in the A14 processor is 80 percent faster than the one in the A13.

In fact, it’s not hard to look at Apple’s processor-development priorities and see that while CPU and GPU performance are vitally important to continue to push forward, the area where the greatest gains are to be made is in machine learning—which in turn drives development of more machine-learning-focused features on Apple’s devices.

Mac and iPad Pro users should care, too

So the A14 is big, but it’s more meaningful than you might think, because future Apple products will almost certainly be driven by chips that build upon the A14.

Most obviously, the iPad Pro is currently powered by an A12Z processor that’s essentially two-year-old technology. It’s hard not to believe that early next year there will be a new iPad Pro with an A14X processor. In general, the X variants on the A-series processors have more processor and graphics cores to goose heavy-duty performance on devices that need a little more oomph than the iPhone or a mid-range iPad.

The A14 only has two performance-focused cores. It’s 56 percent faster than the A12. Now imagine an iPad Pro, with four high-performance cores on an A14X. The current iPad Pro is already faster than many laptops—and the next one will probably be at least 50 percent faster.

Finally, there’s the Mac. Since announcing “a Mac with Apple silicon” as a concept this summer—with the first Macs shipping later in 2020—the company has remained mum on exactly what happens next. But it’s hard to imagine that those Macs won’t be driven by a variant on the A14, whether it’s got a 14 name or if it’s rebranded as something different. (Name suggestions: M14, X14, A14M, G6.)

What will that chip look like? Apple has already shown that it’s adept at scaling up performance by adding cores to the iPad Pro variants of its chips. A low-end consumer system could simply use a version of the iPad Pro processor, of course. But for higher-end Mac performance, I assume Apple would roll in even more processor and GPU cores. And I’m sure the company has a few tricks up its sleeve.

But would anyone bet against the first Apple silicon Macs being powered by five-nanometer chips based on the Apple A14? I don’t think so. As of this week, the future is here. It’s just not evenly distributed yet.