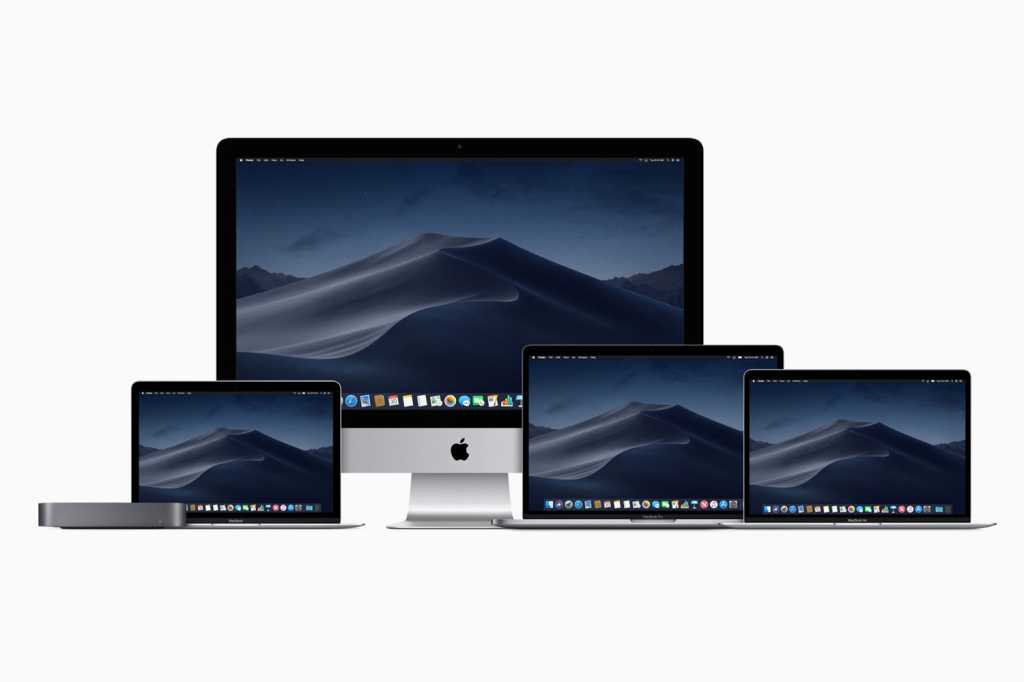 Just as I wrapped up a series I worked on most of last year about the most notable Macs of all time, I received a comment on Twitter about a specific peculiarity about my list that I’d never considered.

“It’s super interesting to me that only one Intel machine made it on,” wrote Jay Parlar.

I looked and—yep. Despite the Intel Mac era lasting 15 years, the only Mac on my list that originated in that era was the second-generation MacBook Air. I considered several others, but they didn’t make the cut.

I was surprised by Jay’s comment, but the more I thought about it, the more it made sense to me. During the 2010s, Apple took a remarkably conservative approach to the Mac—with a few oddball exceptions that prove the rule.

Eye off the ball

Apple invested a huge amount of effort in renovating the Mac in the early days of Steve Jobs’s return to Apple. After introducing the original G3 iMac, Apple turned over the entire product line multiple times in just a few years. (There were also some failed forays, now largely forgotten, into areas like server hardware.)

This was the biggest creative flourishing in the Mac ever. The iMac added fashion colors, morphed into a round computer with a floating display, and then took up the computer-within-display approach that we still see today. The PowerBook became rubbery black with a shiny white Apple logo, then transformed again into a thin silver metallic model that’s not too far off from today’s MacBook Pros. The iBook was introduced as a brighly colored portable iMac, then moved to a monochrome plastic enclosure. Power Macs were introduced with plastic handles and bright colors—and then the colors were slowly muted away until the plastic was replaced with a perforated aluminum shell.

But by the time of the Intel transition, the complete revamp of the Mac was largely complete. The iPod had become a huge hit, and Apple’s most intense design focus turned to new products—leading to the arrival of the iPhone and iPad.

What would have happened if Apple had kept intently focusing on evolving Mac designs? We’ll never know, but given the importance of the iPhone and iPad to Apple’s bottom line, de-emphasizing the Mac was probably the right call during that era.

Now consider the current Mac product line. It would be instantly recognizable to a visitor from the early 2010s.

Apple introduced the first all-screen iMac in 2004, though it was made of white plastic. It’s probably fair to call the 2007 aluminum iMac the true progenitor of all current iMacs, though in 2012 it reached its final form, dropping the internal optical drive and turning into the very iMac models still being sold today. Even charitably measuring from the 2012 model, it’s been nine years since the iMac design changed.

The Mac mini looks more or less identical to how it looked in 2005 when it was introduced. It got thinner and flatter and switched from a plastic and aluminum case to all aluminum in 2010, but since then there’s been nothing to report.

The Mac Pro—well, here’s that exception that proves the rule. In 2013 Apple introduced a new, clyndrical Mac Pro—Apple’s first major Mac design change in several years. It was a flop, and six years later Apple replaced it with a new model equipped with handles and a perforated design that are very clearly just a new take on the “cheese grater” Power Mac G5 enclosure introduced in 2003.

On the laptop side, the second-generation MacBook Air was the definitive Mac of the 2010s and influenced the design of modern laptops immensely. But it was introduced in 2010. Even if you don’t consider the Titanium PowerBook G4 the originator of Apple’s laptop designs, it’s hard not to look at the Air and see it as the source of every single thin, light, (mostly) silver laptop that Apple makes to this day.

Of course, Macs have evolved a lot in the intervening years on the inside. But the exteriors of Apple’s Macs look remarkably like they did in 2012, if not 2007. It’s been a decade or more of quiet iteration without really rethinking the fundamentals of the product—except that one time, which Apple rapidly came to regret.

Perhaps Apple’s burst of creativity in the first decade of this century was enough. Perhaps it solved computer design, and there’s no point in trying to re-think things. But I don’t think it works that way.

While Apple has seemingly been content to continue selling its thin, silver laptops, PC-makers have been trying new things, convertibles and detachables and two-in-ones and all sorts of other approaches. Do they work? Maybe, maybe not.

The Apple silicon transition has begun in the most conservative fashion—just as it did the Intel transition. The first M1 Macs are comfortable and familiar—nothing changed on the outside, everything different on the inside. They couldn’t be more emblematic of the Mac’s last decade.

With all of this said, it might surprise you to discover that I’m actually optimistic about the future of Mac design. The arrival of Apple silicon feels to me like an immense opportunity. I think Apple has been gearing up for this switch for a long time, and the move to a hardware platform Apple completely controls should leave to another flurry of creative activity that will shape the Macs we use for the next decade or more.

It’s time for Apple to put it all on the table. What does the definitive laptop of the 2020s look like? How can the iMac be reinvented, based on how users and technology have changed between 2007 and now? Can the rise of touch, the unassuming cleverness of the Apple Pencil, the easy and secure power of Face ID, and the versatility offered by an avalanche of smart connectors and sensor technologies, help redefine what it means to use a Mac?

These aren’t easy problems to solve, but Apple has some of the best people in the industry working on their product design. We’ve seen enormous innovation in most of Apple’s product lines over the last decade. Now it’s the Mac’s turn to flourish again.