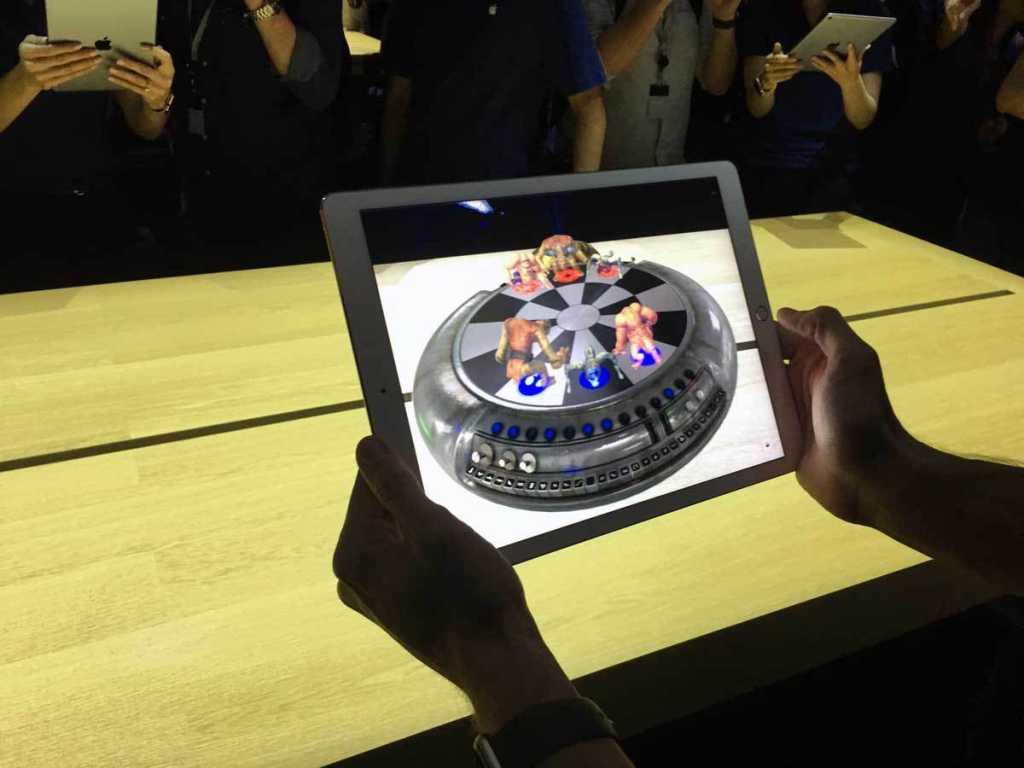 I think we can all agree that there are times when the current reality could be a little…better.

For several years, Apple has talked up the potential of the augmented reality space, and more recently, there have been rumors that the company is getting ready to take those ambitions to the next level by releasing a product focused on augmented reality, virtual reality—or possibly both.

But Apple isn’t one to take on projects casually: despite the multitude of calls for Apple to enter this market or that, the company tends to be very conservative in what projects actually make it through the extensive gauntlet to become shipping products. As Steve Jobs once said, “innovation is saying no to 1,000 things.”

If Apple truly is ready to take the plunge into this new product area—which reports are now suggesting could happen sooner rather than later—then that’s because the company believes that it’s figured out how to bring the combined might of its hardware, software, and services to bear on a type of device that no company has cracked quite yet. Which raises the question: what the heck is this thing?

Fit to be tied (to a headset)

In trying to suss out exactly what an Apple augmented reality device would be, it can be instructive to look at which of the company’s existing products might tie in well with such a product. And you don’t have to look too far to see that the space Apple is probably most excited about these days is health and fitness.

The Apple Watch was the company’s first big foray into this market, but more recently it’s added Apple Fitness+ to the mix, which gives the whole segment that heady mix of hardware, software, and services that it so likes to tout. Given that the Apple Watch falls into the same “wearables” category that a headset likely would, it’s not hard to imagine that a putative augmented reality device might tie in to health as well.

Imagine, for example, an augmented reality headset—in the form of lightweight glasses, hopefully—that would give you a heads-up view of your vitals while working out, the same way you can get that information at a glance from your Apple Watch, but more convenient. Or an AR projection of your trainer who can keep you on target, even if you’re not staring at a screen—even when you’re out on a run.

In addition to fitness-related information, it’s unclear whether or not there are other health features Apple could deploy in such a device—think additional sensors, like those in the APple Watch—to even more closely integrate it with other offerings, but it certainly seems like something the company would be investigating.

Where AR you headed?

Over the past several years, Apple has spent a lot of time and money improving its mapping service. In large part, that’s because when the company first switched away from Google Maps back in 2012, it had a lot of catching up to do. But now that the company has rebuilt its mapping data from the ground up (pun intended), it also means that there may be a wealth of data there that other products can take advantage of.

For example, the new mapping data includes information about cycling routes, elevation, and even “Look Around” data that lets you pan around any street…virtually. An augmented reality headset might be able to use that data to help you not only figure out where you are, but also provide convenient directions, superimposed on the world around you, whether you’re walking, running, or cycling.

It might also easily allow you to get information about places around you, including store hours, restaurant menus, or even historical and other contextual information. There’s certainly a lot of geo-linked data in Apple Maps, and the idea that it was collected only so we could look at our maps on our iPhones seems short-sighted. Augmented reality could be one compelling way to make that data do even more work for Apple.

The look’s the thing

All that said, even if Apple’s augmented reality headset is a stunning piece of technology, the company still faces the impediment of what it looks like. Because people wearing bulky smartwatches on their wrist is one thing, but convincing consumers to sitck a clunky piece of tech on their faces is a far bigger hurdle to overcome.

The good news is that this is someplace that Apple has some expertise. The company has been spending decades crafting technological devices that not only function well, but look great. iPhones, iPads, MacBooks have all been coveted and appreciated in part because of their design—designs which many of Apple’s competitors have hastened to emulate.

The Apple Watch is perhaps the culmination of that ethos. While the sheer bling of the first edition’s multi-thousand dollar gold version has mostly been abandoned, Apple’s focus on different materials and bands—as well as partnerships with established fashion brands the likes of Nike and Hermes—demonstrates that the company knows looks are a big part of consumer technology. It would be wholly unsurprising to find that the company has put similar partnerships in place (say with makers like Ray-Ban or Oakley) when it came time to release augmented reality glasses—if Apple’s going to invest heavily in these devices, it’s intent is to make them not only objects that people want, but ones that they want to show off.