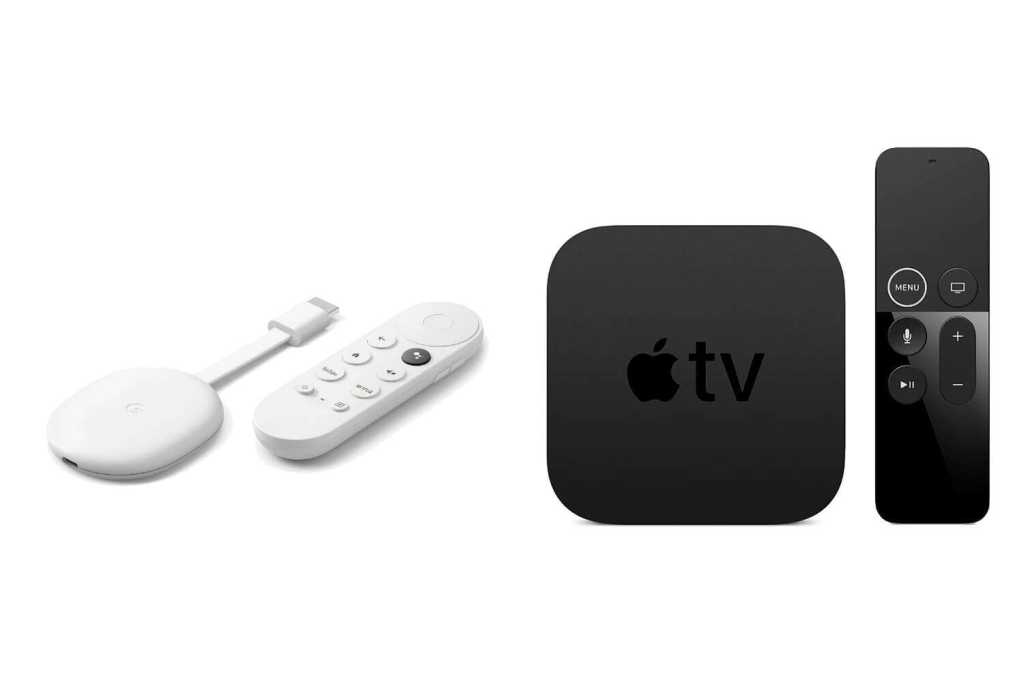 If you own a third-generation Apple TV and you fired it up to watch YouTube this week, you probably saw the following message:

In simple terms, if you want to easily watch YouTube on your TV, you need to find another way. Apple’s suggestion of using AirPlay to stream YouTube from your iPhone or iPad to the Apple TV will work, but it’s a hassle. And since you’re probably not looking to trade in your TV set for a newer one with a smart interface, you’re going to need a new streaming box.

Of course, you could buy a new Apple TV HD or Apple TV 4K, but it’s going to set you back at least $149—it’s $179 for the 32GB Apple TV 4K, which is crazy expensive. And while there’s reportedly a new model on the way, it doesn’t look like it’s going to cost any less.

But there is a solution, one that’s not as expensive as a new TV or Apple TV or even a Roku Ultra that’ll provide the convenience and simplicity you want for the long term: Get a Chromecast with Google TV for $49.

Wait, did I just recommend replacing an Apple product with one from Google? Yup. For most people, the Chromecast has the services and features that most people need—including Apple TV+—for a much lower price.

Get your favorite services and more

I own a TV that’s not that old, but it doesn’t have built-in apps for the streaming services I use most often: Apple TV+, Disney+, HBO Max, and YouTube. Years ago, I bought a Chromecast and I used it to stream shows from those services from my MacBook Pro to the TV. It was good enough for my purposes and I couldn’t convince myself to spend the money on an Apple TV HD just to get access to those services I could watch with the Chromecast.

Then some good news came last month. The Apple TV app for Chromecast with Google TV became available, joining the host of other streaming apps on Google’s newest device. Now for just $50, I could get easy access to the streaming services I use. It’s an investment I made without hesitation.

In addition to the services I mention, you can use Chromecast to access video services such as Amazon Prime Video, Hulu, Netflix, Google Play Movies, as well as music through Spotify, Pandora, Tidal, and others. There’s access to sporting events, Google Photos, games, and there’s still the ability to cast from a device to the Chromecast. See the list of services available.

And the interface is quite good. Where Apple TV puts a priority on apps, Google TV is more about discovery and content, offering up shows and movies rather than services. Then, when you select WandaVision, for example, you’ll head straight into the Disney+ app without needing to search for anything. It’s something like a universal streaming guide so you can see what to watch, rather than where to watch.

If you have a 4K TV, the Chromecast with Google TV supports 4K HDR video—more specifically, the device is capable of streaming HDR10, HDR10+, and Dolby Vision content, as well as Dolby Atmos audio. Just like the Apple TV 4K. And it has a better remote to boot.

Usually, a thing like a remote control doesn’t sway a buying decision for me, but I do prefer the Chromecast’s remote over the Apple TV’s. Granted, Google’s remote is bulkier, but it’s also friendlier and more intuitive.

The Chromecast, like Apple TV, can use voice commands, but the mic on the remote isn’t always on. You need to press and hold the Google Assistant button on the remote, or tap a software button in an app.

The Chromecast is also less visible. While the Chromecast and Apple TV both connect via HDMI and require an external power connection, the Chromecast is little more than a dongle that hooks into your TV’s HDMI port, while the Apple TV is a box you place near your TV. So if you hate wires or your TV is mounted to a wall, the Chromecast might be better for your setup, though you still need to figure out how to hide the power cable.

To access the internet, both devices use Wi-Fi, but Apple TV also has an ethernet port. Google has a Chromecast ethernet adapter available for $19. Ethernet is a nice option for users who are concerned about network performance, but most people won’t miss it.

Why you shouldn’t get Chromecast

For all it does, Chromecast with Google TV is an excellent deal. But there are a few reasons why it may not work for you.

The main reason is access to Apple’s other services. The Apple TV app on the Chromecast with Google TV is for TV+ access, but you can’t get to your iCloud Photos, Apple Music, or Apple Fitness+ like you can on the Apple TV. (With iCloud Photos, you can transfer your pics to Google Photos if you really want to access them through Chromecast. Apple has instructions on how to do it.) Also, if you’ve made investments to incorporate HomeKit devices in your house, a Chromecast will be useless for managing those devices.

You’ll also lose out on Apple Arcade, Apple’s gaming service. However, Google has said that Stadia support is coming soon, which blows away Apple Arcade. I’m pretty sure Cyberpunk 2077 is never coming to Apple Arcade or Apple TV, but once Stadia support goes live, I’ll be able to play it over my Chromecast. 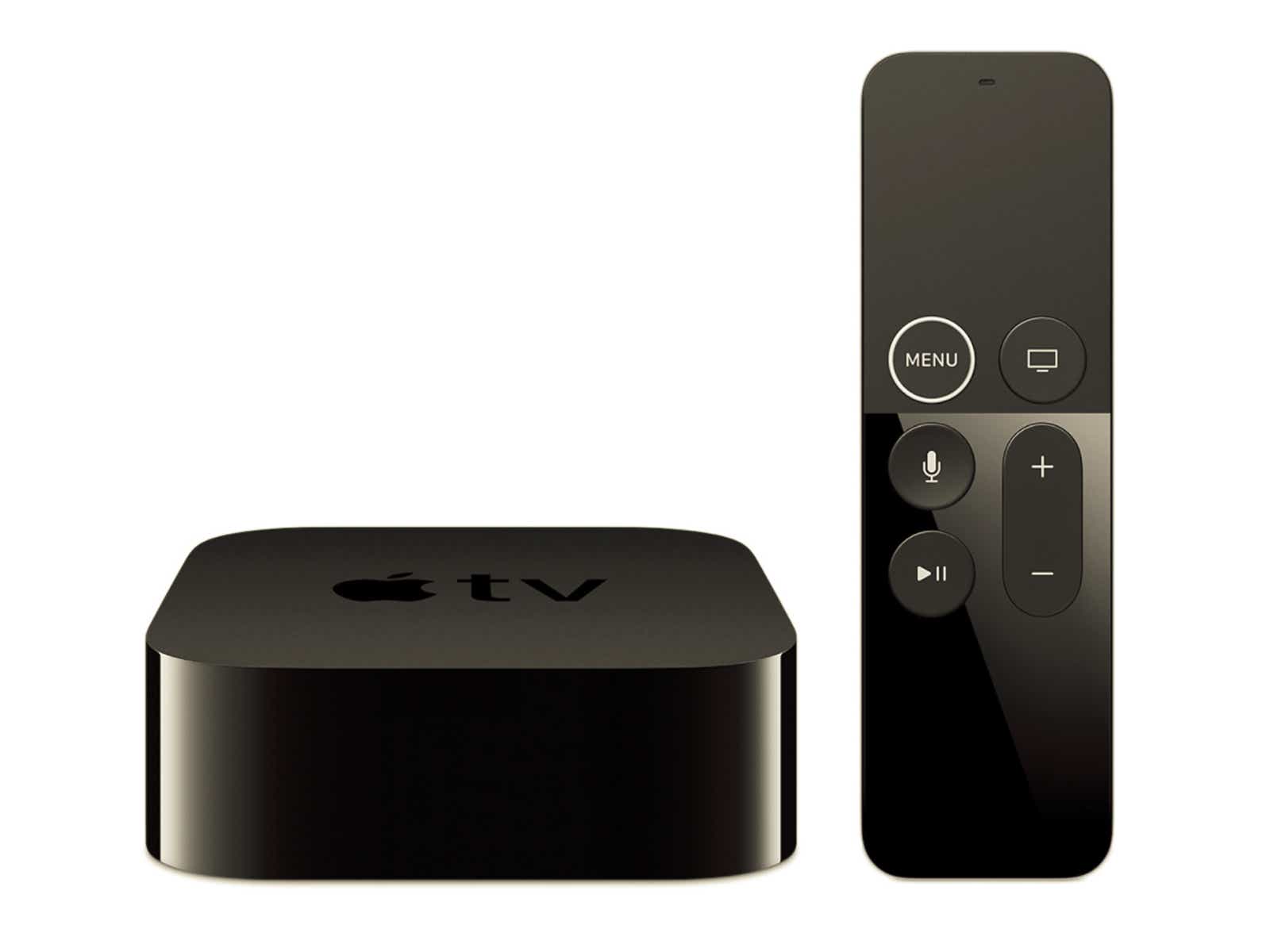 And then there’s the whole privacy issue. We all know that Google makes its money from the user data it collects, but the company stresses that your data is safe and offers options to turn off tracking and data collection. Apple, on the other hand, has built a reputation for maintaining user privacy, so much so that other companies think Apple is being unfair.

If these are priorities for you, the Apple TV 4K is surely a better investment. But if you just want YouTube back, you don’t need to spend a ton of money on a new Apple TV. You just need a Chromecast.

Update 3/3/21 12:45 p.m. PT: Corrected information about the ethernet adapter for Chromecast and the voice command implementation.