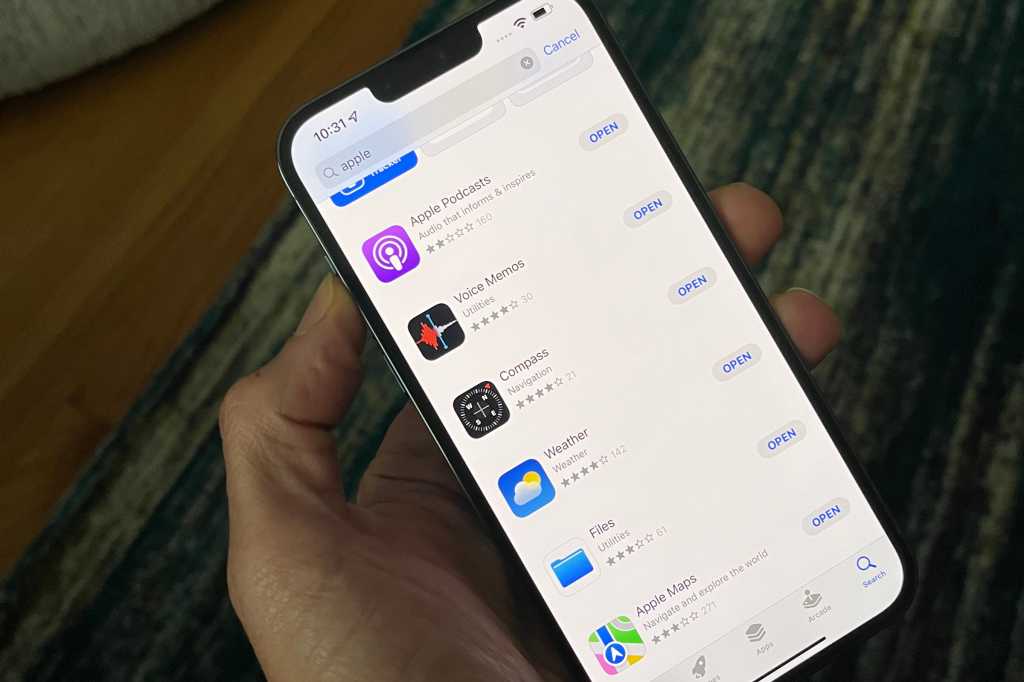 While you’ve been able to delete and download Apple’s apps since iOS 10, Apple hasn’t allowed users to express how they feel about its own apps. With the launch of iOS 15, however, Apple has added the ability to rate and review its own apps just like all the others.

As spotted by 9to5Mac, all of the Apple apps available in the App Store can be rated now, and users have already expressed their feelings on them. The highest-rated is FaceTime with a 4.3-star rating, but many have a rating less than three stars.

Most apps have less than 100 ratings, but the early reviews aren’t great. While there are plenty of five-star positive reviews, numerous negative reviews are peppered with comments like “C’mon Apple you’re better than this,” “Awful update,” and “Terrible release,” as users express their discontent.