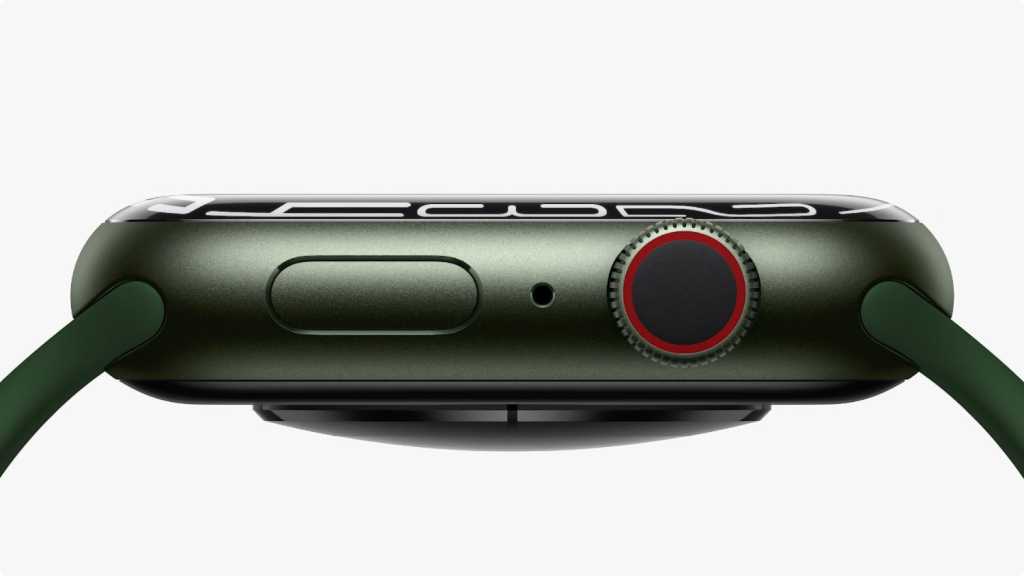 When Apple launched the Apple Watch Series 7 at its California Streaming event, it was missing something the other products had: a ship date.  A new rumor from Jon Prosser suggests it might get one very soon.

While Apple merely said new Apple Watch Series 7 models would begin shipping “later this fall,” Prosser says they will begin shipping in “mid-October,” with preorder beginning “as early as next week.” In a report on his Front Page Tech site, Prosser says all variants of the Apple Watch will be available for order next week, including the higher-priced stainless steel and titanium models.

The Apple Watch Series 7 is a small but meaningful upgrade over the Series 6. The main difference is its larger screen, which is available in 41mm and 45mm sizes versus the previous 40mm and 44mm. It also features fast charging due to a new USB-C charging cable as well as a stronger and more scratch- and crack-resistant crystal coating on the display.

Apple didn’t give a reason for the Apple Watch shipping delay, but it’s presumably related to supply constraints. There were rumors leading up to Apple’s California Streaming event that the Apple Watch would be constrained due to manufacturing issues. Apple opted to prioritize the new iPhones and iPads over the Apple Watch, with those devices arriving September 24. However, they were met with instant delays, with the iPhone 13 shipping in mid-October and most iPhone 13 Pro and iPad Air models delayed till November.

The Apple Watch Series 7 starts at $399 and comes in a variety of colors: green, midnight, and starlight, as well as the Product (RED) and blue from last year.