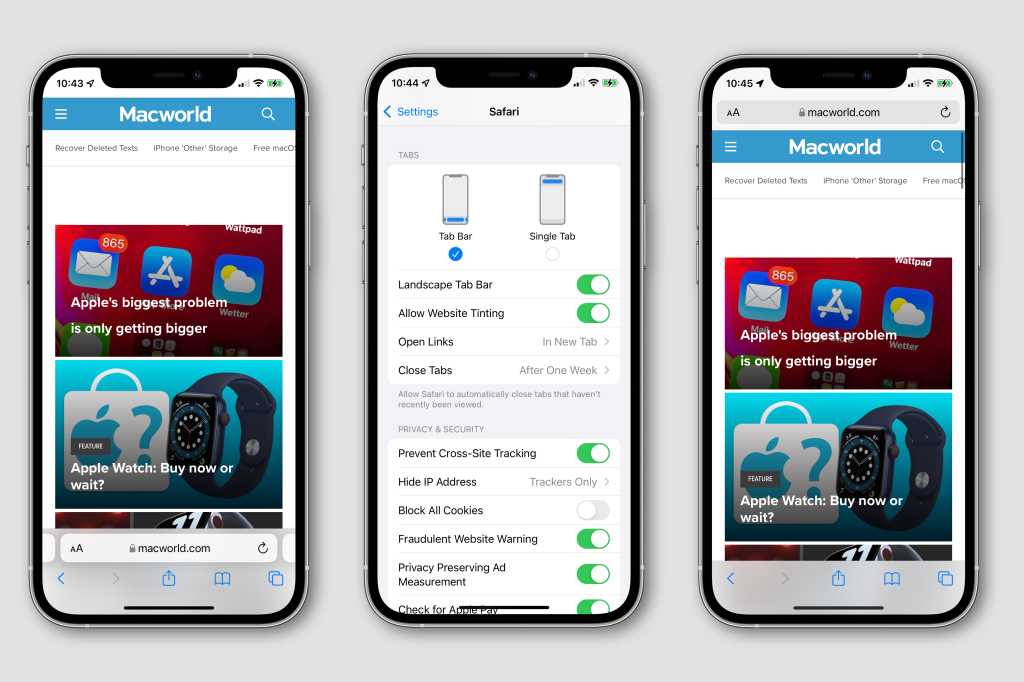 This episode is all about your hot takes from the Macworld Twitter and Facebook feeds. You have thoughts on Apple news and articles we’ve written, and we’re going to share and respond to what you wrote.

This is episode 763 with Jason Cross, Michael Simon, and Roman Loyola.

Thinking of getting an iPhone 13? What about your old phone? Decluttr is the fast, easy and totally free way to sell mobile phones, iPads, MacBooks, Apple Watches and much more. Decluttr pays up to 33 percent more than carriers, locks your valuation in for 28 days, and pays you quickly by PayPal or direct deposit. Visit decluttr.com/macworld and use the code MACWORLD10 to get 10 percent extra for your trade-in!

Below are the social media posts we talked about on the podcast.

The people have spoken: iOS 15 Safari is great

With iOS 15, Apple tweaked Safari, and when it was in beta, some folks were very vocal about not liking the new location of the address bar at the bottom of the screen. Our own Michael Simon wrote about why he likes it, and several of you agree.

iPad Pro on the horizontal

Reports suggest that Apple is changing the iPad Pro’s default orientation to landscape, which would involve changing the placement of the rear Apple logo and the front camera. You have strong opinions about this possible change.

The European Union Commission is proposing that in the EU, smartphones and other electronic devices must use USB-C as its charging port. That would force Apple to abandon its Lightning port in iPhones and the iPad.

Apple recently activated user reviews on its own iOS apps in the App Store, so you can now voice your opinion on the Weather app, Calculator, Compass, and more.