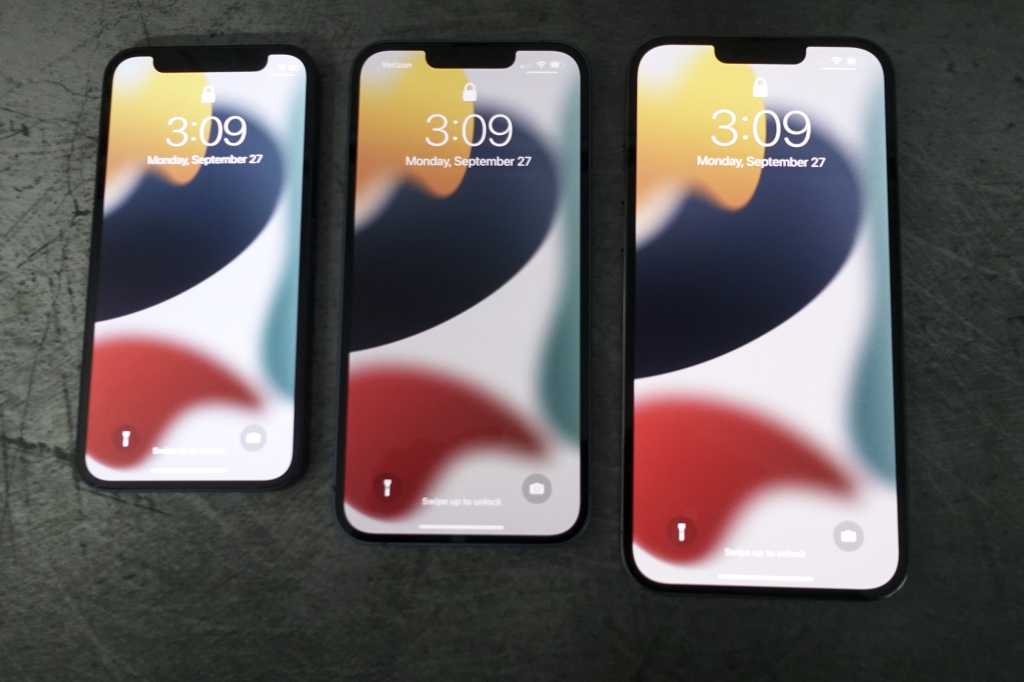 The iPhone 13 may still be backordered, but we’re already looking ahead to what the iPhone 14 will bring. And a new rumor suggests the standard and Pro models could look a lot different.

With the exception of the stainless-steel band and color options, the iPhone 13 Pro has the same design as the iPhone 13. According to the latest rumor, that might change with the iPhone 14. Previous rumors are already suggesting that Apple will introduce a new “Max” iPhone 14, so the two lines might have the same sizes for the first time.

Apple will obviously differentiate the lines by camera features—we’re expecting a big improvement to the telephoto camera—but rumors are also saying they could split the lines in another way: the notch. Responding to a deleted Weibo rumor about the notch sticking around on the iPhone 14, Jon Prosser tweeted that while he has heard the iPhone 14 Pro will switch to a hole-punch design, “the regular models will still use the notch.”

Removing the notch from the Pro models would be a pretty big design change. It’s unlikely that Apple would remove Face ID from the flagship models, so it would mean the front of the phone would change to accommodate the True Depth sensors, whether they’re inside the bezels or under the display.

Like Android phones, a hole punch display would eliminate the notch completely and merely have a small hole in the top of the display for the front camera.

Of course, it’s still very early in the iPhone development process, so rumors are fluid. Numerous reports have suggested that Apple is at least working on an iPhone with a hole-punch display. With the iPhone 13, Apple added a ProMotion 120Hz display to the Pro models and it previously used OLED for the Pro and LCD for the standard models, so it’s very possible it could lean into a non-notch design as a higher-end selling point.