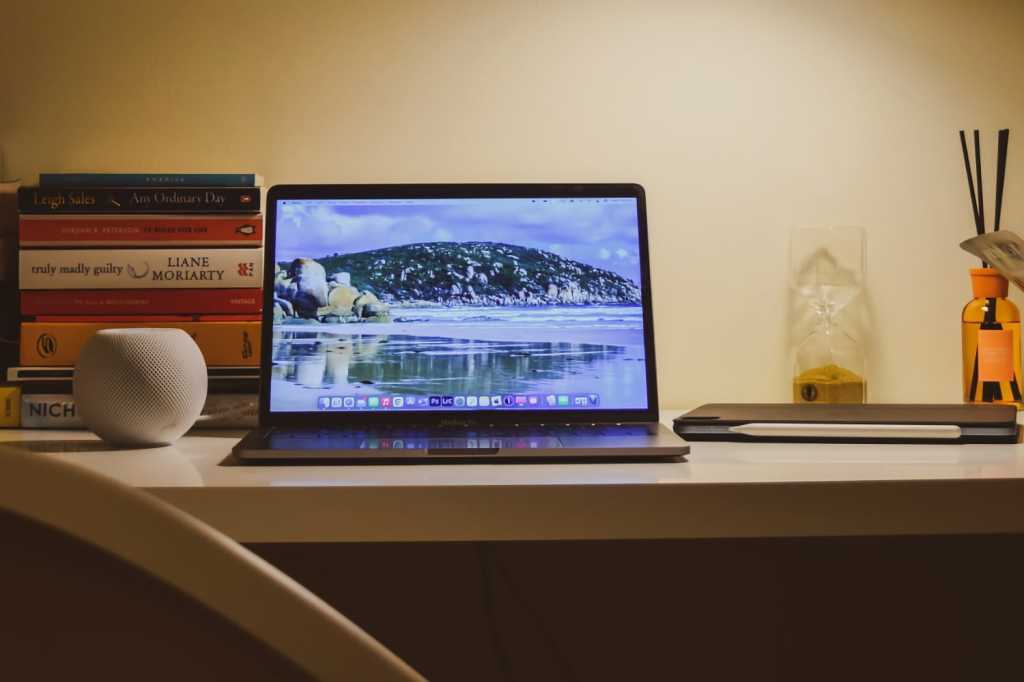 Over the last several decades, Apple’s success has stemmed from one overriding philosophy: making technology personal. From the computer that sat on your desk, to the notebook you popped open on your lap, to the iPhone that you carry in your pocket and the Apple Watch you wear on your wrist, the company has increasingly fostered that personal connection between us and our devices.

But more recently, that personal connection has also carried with it a degree of insularity, of wrapping ourselves up in technology. In a recent interview with Bustle, Apple CEO Tim Cook commented on the interplay between technology and mental health:

… it’s how we look at the world. We want people to do things with their devices, like the photography exhibit that we both enjoyed, or connecting with family and friends with FaceTime. Not endless, mindless scrolling.

That prioritization does sometimes seem at odds with the very nature of the iPhone, iPad, and Mac, these windows into a world that is at time disconnected from our own, even as it connects us with other people. But perhaps it hints that the next evolutionary step for Apple is to find a way to integrate our technology into the world around us.

The “app” is for “appliance”

When it was announced in 2014, the Amazon Echo pioneered the idea of the smart speaker. In the years that have followed, this concept of ambient computing has become commonplace. Having an Echo or a HomePod or a Google Assistant in, for example, the kitchen to accomplish simple tasks like playing music, setting timers, and managing shopping lists has proved the benefits of technology that works more like an appliance than a traditional computer.

The virtue of technology as an appliance is that people’s interactions with it are largely based on tasks. There’s no endless scrolling through social media on a HomePod. You don’t (generally) stand over an Amazon Echo and press buttons for an hour at a time. Rather, you accomplish a task and then move on—in the same way that you don’t linger over the toaster or the dishwasher.

Distributing more technology with a smaller footprint throughout our lives has an appeal to it. In that same interview, Tim Cook said “I’ve always thought that technology should serve humanity and not the other way around.” Right now, people often feel beholden to their smartphones, tablets, and laptops, in a way that they don’t feel about, say, their dishwasher.

Even though smart home tech has started to proliferate, there’s still room for more applications in this space. While a few companies have integrated video communications into their smart home devices, Apple’s yet to take that plunge. Over the past few weeks, I’ve spent time sitting in front of the television with my wife and conducting video chats with friends, but it’s a sub-par experience: I prop my MacBook Air up on a stack of books and share the display on my Apple TV, but it feels like the wrong device for the job. Surely a tech appliance designed for that purpose could do the job better.

Of course, one of the reasons that we don’t spend more time interacting with our smart speakers is the lack of the kind of graphical interfaces we’ve become used to on our other devices. Instead, we wrestle with the voice-based interactions via Siri or Alexa, or the Google Assistant.

Siri, which has just celebrated its tenth birthday at Apple, has both come a long way in the last decade and simultaneously not come nearly far enough. Unlocking the full potential of the voice assistant is one key factor in moving to a future where we spend less time sucked into our technology, because, again, nobody wants to have a long conversation with their devices: they just want a task executed.

It’s curious, then, that recent reports suggest Siri’s functionality has diminished with the release of iOS 15, apparently losing features related to phone calls, voicemails, and email. It’s still unclear if this is a bug or an intentional: part of me wonders if this might be an indication of a bigger push on redesigning Siri, but perhaps that’s wishful thinking.

We’re never going to do all of our tasks via Siri, but it’s proved to be useful enough at some interactions that it’s one path towards a future where our technology spends less time making us work for it.

All of this leads to one big question mark in Apple’s future: augmented reality. It’s a technology that the company has spent a lot of time talking about over the last several years, but one that remains far from fruition. A large part of that is the lack of a device to truly take advantage of what AR can offer. Apple is rumored to be working on head-mounted displays that would integrate virtual information with the real world, but they’re still likely a few years away if they ever indeed materialize.

But it’s the application of augmented reality that interests—and, yes, worries—me. Given Cook’s comments, it seems clear that Apple doesn’t necessarily want to promulgate a device that encourages people to stare off into space, scrolling through an endless social media feed that hovers before their eyes, and ignore the world around them. (It’s one reason the company has reportedly eschewed interest in virtual reality.) And yet, with the wide-open nature of technology, it seems inevitable that this will happen eventually.

The key may be in Apple’s narrative for these devices. People, for example, don’t scroll endlessly through information on their Apple Watches—in large part because the form factor makes that an unappealing experience. Apple could release a device with a more limited range of functionality, but that comes with its own risks: if the applications are too niche, it risks the device never catching on.

It’s a tricky needle to thread, not to mention a weighty responsibility to bear. We stand on the edge of a precipice with technology: in the last several decades, it’s increasingly empowered what we can do, connected the world, and enabled great change. But it’s also surfaced some of humanity’s worst impulses and behaviors. There may still be a chance to course-correct, but for a company as significant and powerful as Apple, the question is whether it’s going to continue enabling the problem or actually fight for a solution.