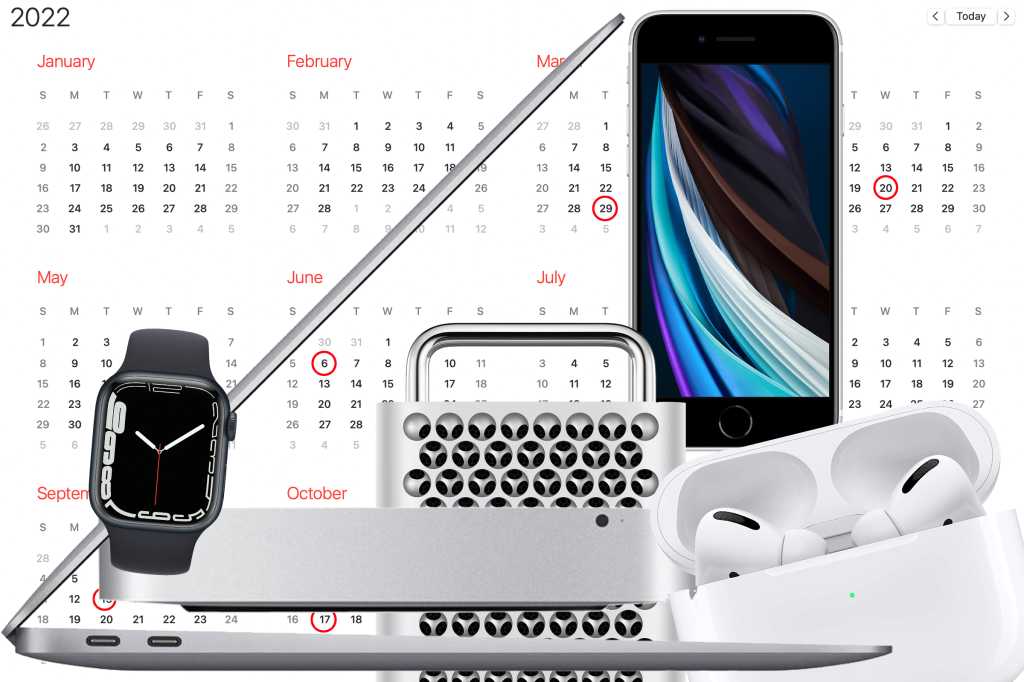 Now that Apple’s Mac event has come and gone, we’ve probably seen the last of Apple’s 2021 releases. It’s been a great year, with a redesigned iMac, iPad mini, and MacBook Pro, the launch of AirTag, and a bunch of impressive updates. But 2022 could be even better, with several rumored products ready to launch. Here’s what we’re expecting in the new year.

Like the 13-inch MacBook Pro, the Mac mini was one of the first Macs to get an M1 processor in late 2020, but there’s still an Intel model available for sale. But now for long. We’re expecting the higher-end Mac mini to arrive in 2022 with a new design and faster processor. According to reports, it’s going to have the same M1 Pro and M1 Max chips that power the new MacBook Pros, along with a new thinner design. It’ll also reportedly have four Thunderbolt ports, 32GB or 64GB of RAM, and a magnetic power cable like the 24-inch iMac. We also assume it’ll have the same USB-A ports and HDMI ports that are on the current Mac mini, which could make it one of the best desktop machines around.

The most anticipated new release of 2022 is the redesigned MacBook Air, which could be is expected to bring a major redesign, with a faster M2 processor, better display (possibly mini-LED with a notch but no ProMotion), and a variety of colors to match the 24-inch iMac. Additionally, the inside bezels might be white to match the iMac as well, which we’re sure would be a polarizing feature. We’re not sure if it would be a replacement for the existing MacBooks Air or if Apple would continue to sell the M1 model as an affordable alternative to a new MacBook or if this new model will replace the 13-inch MacBook Pro at the $1,299 price, but we can’t wait to see what the iBook 2.0 brings in 2022.

Apple still sells an Intel version of its high-end iMac, but like the Mac mini, it’s not going to be around for much longer. Following the 24-inch iMac and the new MacBook Pro, we’re expecting a bigger-screen iMac—possibly as big as 32 inches—to arrive in 2022 with similar stylings to the M1 model. Reports say it’ll have a faster chip (likely the M1 Pro and M1 Max), along with RAM (up to 64GB), and extra ports—basically an Apple silicon version of the iMac Pro. Hopefully still in Space Gray with black bezels. We expect it to land in mid-2022, possibly at or around WWDC.

It’ll be two years since the revamped iPhone SE arrived with an A13 Bionic processor and a better camera, and we’re expected to get a new one in 2022. Most rumors say it’ll look the same as the current model, with a 4.8-inch display and a home button, but with upgraded specs, including an A15 chip and 5G, making it a veritable powerhouse at the low-end of Apple’s iPhone lineup. We hope it’ll have a better camera as well. We expect it to launch around the same time as the first iPhone SE, right in the middle of the iPhone 13’s cycle.

Speaking of the iPhone, the iPhone 14 will also land in 2022, possibly with a brand new design that dumps the notch in favor of a hole-punch camera, at least on the Pro models. It’s also expected to have a better camera, as always, with a rumored periscope lens to enhance its telephoto capabilities. Finally, a new titanium finish and a cheaper Max model are also rumored to join the lineup.

Apple is also likely to release the Apple Watch Series 8 in the fall, which could bring the redesign that we didn’t get with the Series 7 when Apple was rumored to release a new Apple Watch with a squarer flat-edge design and better battery life. Also, we’ve heard rumors of a new third model with an even bigger display, possibly close to 50mm.

After Apple launched the 3rd-gen AirPods in October 2021, the AirPods Pro earbuds are next, with a rumored stem-less design and enhanced fitness features.

It’s already been a year since Apple released the redesigned iPad Air, and we expect a see a minor refresh in 2022 with an A15 processor, 5G, and the ultra-wide front camera that the other iPads have.

By the time fall 2022 rolls around, the M1 Macs will have been on shelves for two years, so we’re expecting a refresh with the M2 processor. We’re not sure if a redesign will accompany the spec bump or if Apple will continue to keep the older design around as a cheaper option.

Like the MacBook Air, the M1 Mac mini will likely get a bump to the M2 processor, possibly with a thinner enclosure.

The most intriguing product of 2022 is the Apple silicon version of the Mac Pro. We don’t expect it to arrive until late in the year—if not until 2023—and we’re not sure what it will bring. Apple’s current Mac Pro is its only modular desktop, with 12 DIMM slots for up to 1.5 terabytes of RAM, eight PCIe slots expansion slots for extra storage, fibre channel cards, fibre networking cards, and pro video and audio interface cards. That’s unlike anything we’ve seen from Apple silicon, which is a system-on-chip and offers unified memory and integrated graphics. So if Apple plan to sell a modular Mac Pro with Apple silicon, it will beed to be a completely different breed of chip.