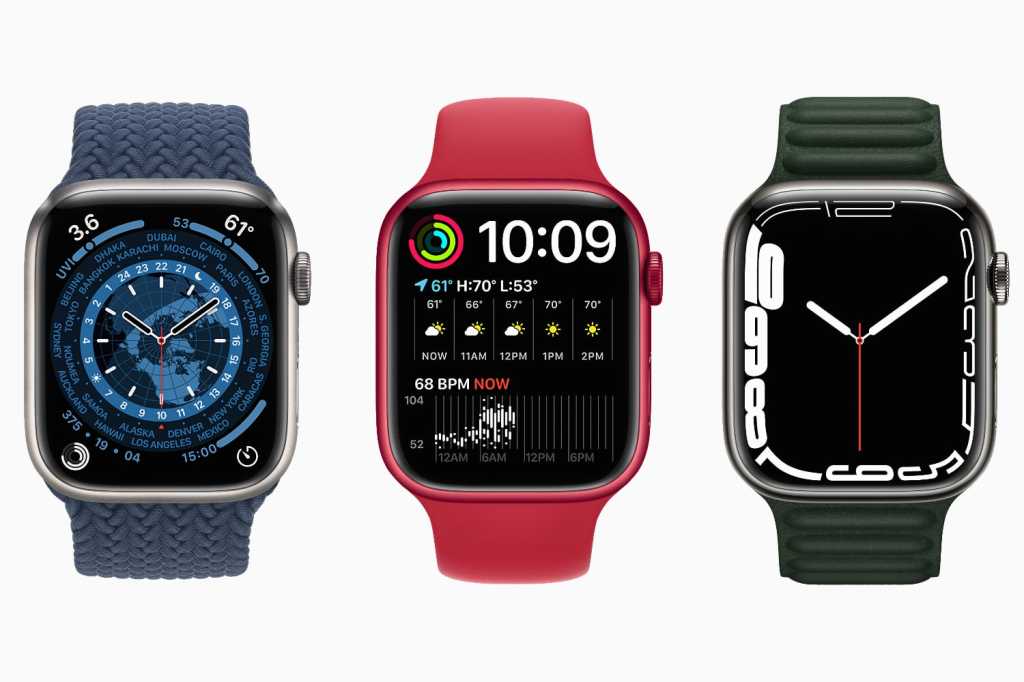 The Apple Watch Series 7 is set to arrive in stores and doorsteps in just a couple of days, and early reviewers are sharing their thoughts on whether it’s a must-have upgrade. The consensus: Not really.

While rumors swirled for months about a new design, better battery, and faster processor for the Apple Watch Series 7, the actual release didn’t bring all not much new compared to the Series 6. It has the same fitness sensors, processor, and battery, with the main differences being a slightly larger display (41mm and 45mm vs 40mm and 44mm) and faster charging capabilities. Here’s what reviewers had to say about the new features:

Dieter Bohn, The Verge: “I just think the screen is really nice and looks better, but isn’t enough to justify an upgrade.”

Todd Haselton, CNBC: “The bigger screen is more than just nicer to look at. It’s easier to type in a passcode since the buttons are larger.”

Jacob Krol, CNN: “The increase in size is immediately noticeable — so much so that looking at the side of the Apple Watch lets you see the outer rim of the Watch Face and even make out notifications as they pop in.”

John Gruber, Daring Fireball: “The knock on Series 7 is that there’s nothing new but a bigger display. But it’s a much bigger display. It’s the one new thing that everyone will notice, and it’s very noticeable.”

Lisa Eadicicco, CNET: “If you only have a few spare moments to power up your watch, there isn’t much of a difference in charging speed between the Series 6 and Series 7. After charging both watches on the same charger for 15 minutes, the Series 7’s battery was at 24% while the Series 6’s was at 23%.”

Daniel Howley, Yahoo: “The faster charging is a welcome addition to the Series 7, because it makes it far easier to use for sleep tracking. Now you can take it off while getting ready in the morning, put it on its charger, and head out the door with a charged watch.”

Brian Heater, TechCrunch: “What we do get, at least, is a new USB-C magnetic charger that is 33% faster than the one on the Series 6, giving you an 80% charge in around 45 minutes. What that means in practical terms is a full night’s charge in less than 10 minutes. So if you’re strategic about charging, you can effectively wear it day and night.”

David Phelan, Forbes: “The new puck is a third faster than Series 6, meaning that you can charge from flat to 80-percent in 45 minutes. Which means in practical terms that you need never charge your Watch overnight, just whack it on the charger first thing while you shower and breakfast, say.”