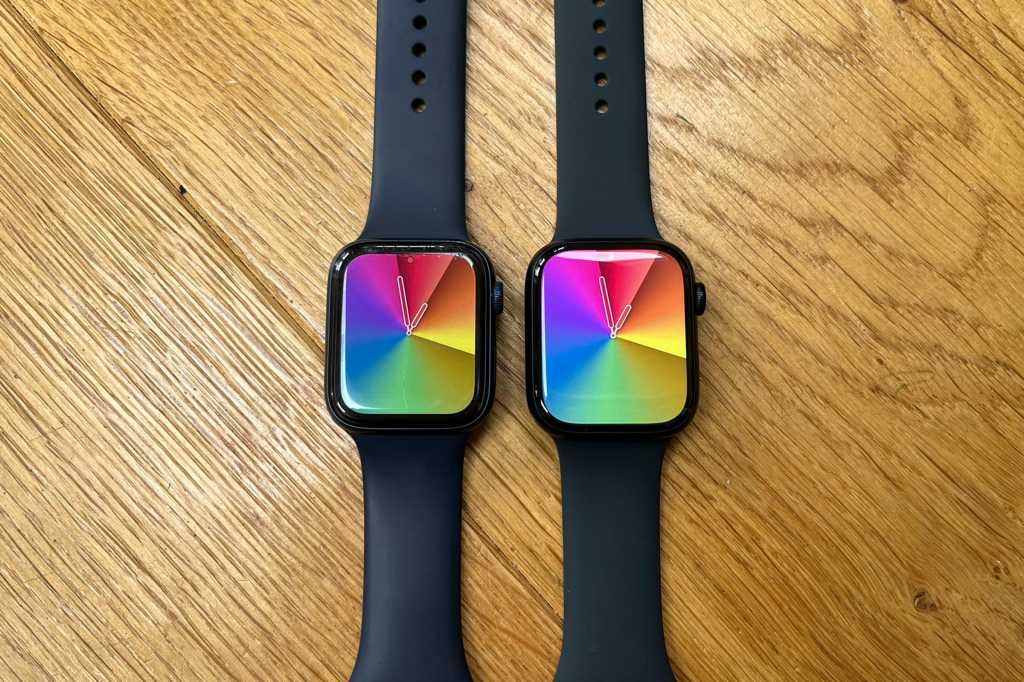 When the Apple Watch Series 7 landed at Apple’s “California Streaming” event in September, it was newsworthy for what it didn’t have. Rumors had swirled for months about a bigger battery and new design, but instead, the Series 7 is basically a Series 6 with only the slightest upgrades.

So naturally, we’re expecting the Apple Watch Series 8 to bring everything we didn’t get with the Series 7. That would be a new design with flat edges, all-day or maybe multi-day battery life, a faster processor, and new sensors. And a new rumor suggests something else might be on the way too: a new size.

CEO of Display Supply Chain Consultants Ross Young, who has accurately predicted display specs for iPads and iPhones, has shared some early thoughts on the Apple Watch Series 8. After posing the question, “Would you like to see a bigger display on Series 8 of the Apple Watch in 2022?” he writes, “Don’t be surprised if there are 3 sizes next year…”

That would be the first time Apple offered three sizes of Apple Watch. The current sizes are 41mm and 45mm, which are already the largest Apple has made. Apple hasn’t offered options beyond the two sizes introduced with the original Apple Watch, so a third option would represent a major expansion of the line. Presumably, a third option would be around 50mm, which would rival the largest wristwatches from Invicta and Citizen.

Apple is also expected to add a new cheaper “Max” option to the iPhone 14 line, so 2022 could be a huge year for people who like large screens.