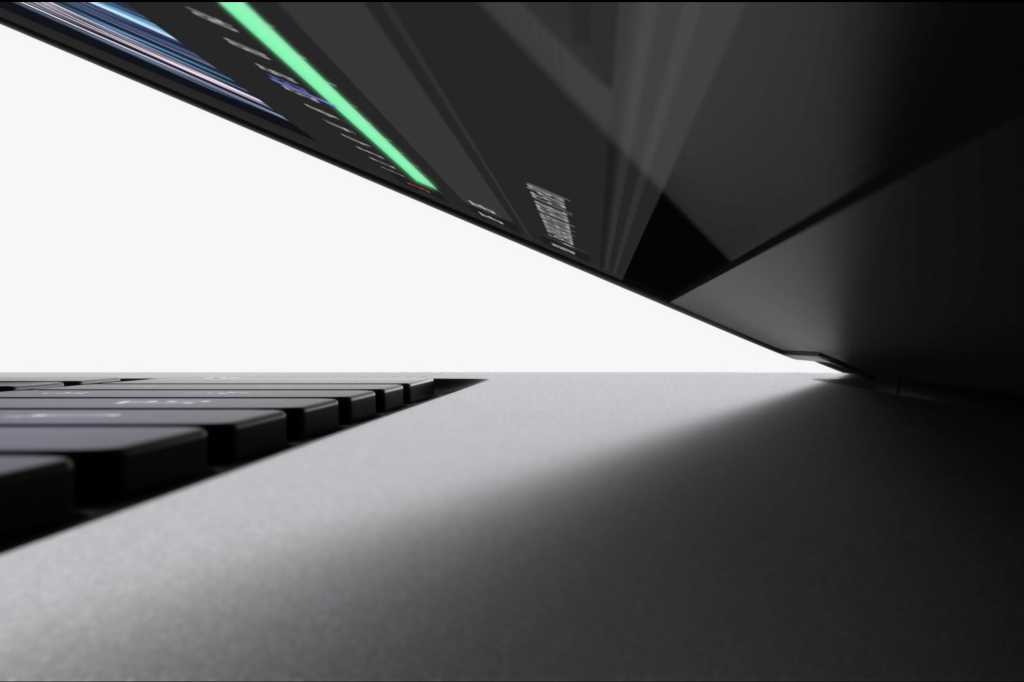 The unveiling of the new 14- and 16-inch MacBook Pro on Monday was an occasion I’ve been anxiously waiting for, and it did not disappoint. The processors, specs and features for the new laptops are overwhelming—so much so that it was hard to keep up with all the details flying by during the event video. Even as I studied the specs online, I had to stop, pause, and mull over what I just read since there was so much to absorb.

But now that I’ve pored over all of the details, I’m left with a few nagging complaints, particularly with the 14-inch MacBook Pro, which seems like the perfect machine for $1,999, with an M1 Pro a mini-LED display, and an array of new ports. But if you look closer, there are a few areas where Apple could have done just a little more with its newest MacBooks. Let me explain.

What’s with the missing cores?

The M1 Pro looks impressive, with memory bandwidth that Apple says is nearly three times that of the M1 that shipped about a year ago. It also has more than twice the number of transistors than the M1, and Apple says the M1 Pro’s CPU performance is up to 70 percent faster than the M1. If you have any experience with the M1, that claim seems outrageous when you consider how fast the M1 is compared to the Intel chips it replaced. If that’s not enough performance, Apple offers the M1 Max, which boosts the GPU cores up to 32. And both the M1 Pro and M1 Max have a dedicated engine for ProRes encoding and decoding that video producers will take full advantage of.

But the $1,999 14-inch MacBook Pro stands out for all the wrong reasons. It has an M1 Pro processor, but it’s the only model with an 8-core CPU and 14-core GPU instead of the other models that have a 10-core CPU and 16-core GPU. We won’t know the difference in performance until we get to benchmark the two chips, but that’s an even bigger gap than the 7-core GPU in the MacBook Air—the $999 model doesn’t skimp on the CPU cores.

You can upgrade the entry-level 14-inch MacBook Pro to a 10-core CPU with a 16-core GPU for an extra $200, which is probably a smart investment. It’s obvious that Apple decided not to outfit the low-end model that way as a standard configuration so it won’t cut into the $2,499 14- and 16-inch models, but when you figure the 14-inch MacBook Pro is already $200 more than the 13-inch Intel model it replaces, it seems like a nickel-and-dime move. And people will buy the 8-core MacBook Pro without really looking into it, and they may be disappointed to find out that they could’ve spent a little more to get a big return.

What’s with the power adapter?

Really? C’mon Apple. Apple’s decision to include a slower adapter in the $1,999 model is clearly a cost-cutting feature, but it’s so cheap to upgrade why not just include it in the first place?

What’s with the front camera?

The new FaceTime camera on the MacBook Pro is a welcome upgrade. According to the specs, it’s the same as the camera in the 24-inch iMac: 1080p FaceTime HD camera with an advanced image signal processor with computational video. But while it will certainly be a vast improvement over every previous MacBook Pro, it still won’t be as good as the camera on the $329 iPad. Apple’s entry-level tablet still has a home button, but it also has a 12MP ultra-wide camera with a 122-degree field of view and support for Center Stage, Apple’s technology that keeps the user in the center of the frame. I suppose Apple is trying to separate its tablets from its laptops, but it’s still confounding that Apple can afford to deliver a better camera with Center Stage on the entry-level iPad and not on a $1,999 laptop.

What’s with the function keys?

The Touch Bar experiment is over. Apple’s Multi-Touch strip that sat at the top of the keyboard only remains on the 13-inch MacBook Pro, so it won’t be long until it’s gone forever. And actually, I won’t miss it, but based on the feedback to an article I wrote this past summer, a lot of you will. Regardless of how you feel about the Touch Bar, it’s hard to not see the new MacBook Pro models as missing one of the features Apple marketed as a benefit to pro users.

In its press release, Apple touted the removal of the Touch Bar, describing the “physical function keys — including a wider escape key” as having the “familiar, tactile feel of mechanical keys that pro users love.” That may be true, but it’s also the same row of keys that’s on the MacBook Air. Yes, they’re “full-height” keys, but otherwise, Apple didn’t add anything to the MacBook Pro’s keyboard to make it unique. It took away a feature that it sold for five years as a “breakthrough interface” and replaced it with the same keys that were there before.