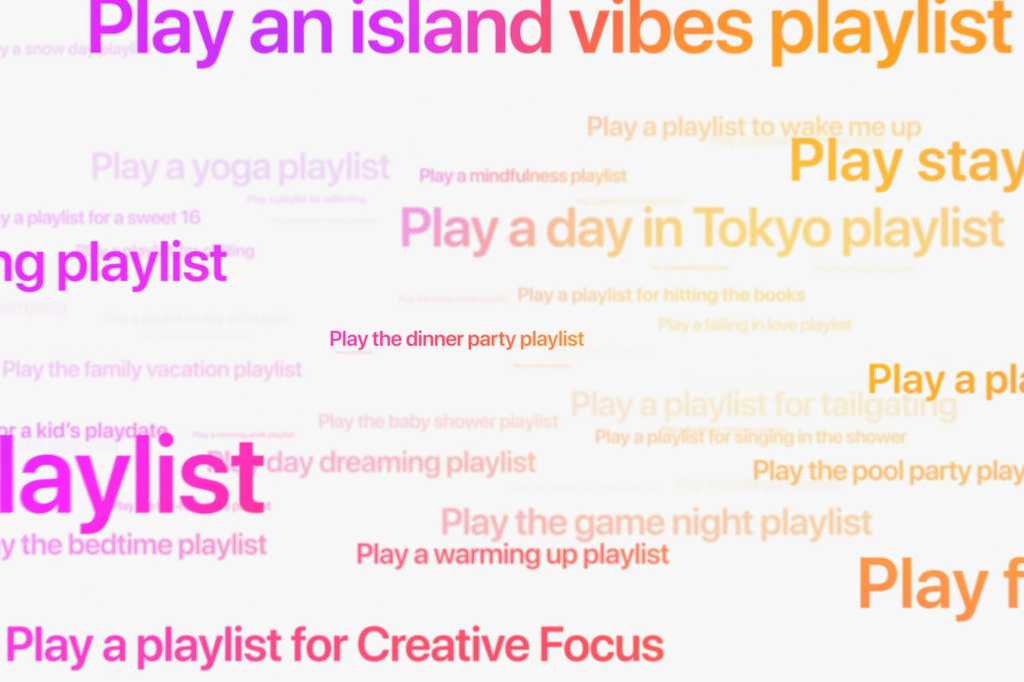 At its “Unleashed” event earlier this week, Apple announced a new half-price “Voice Plan” for Apple Music, along with other music-oriented products including the 3rd-gen AirPods and new HomePod mini colors. The Voice Plan is intended to be used only with Siri voice controls and to make it more attractive, Apple announced it would add hundreds of new mood and activity playlists to the service.

Those playlists are rolling out now. There are more than 250 new playlists, with everything from mood-oriented lists (Yay! or Singing in the Shower) to more specific activities (All-Nighter, Quinceañera, or Bachelorette Party).

Of course, these playlists are available to all Apple Music subscribers, not just those on the Voice Plan, which launches later this year. They can be a little hard to find, though. MacStories has put together a nice comprehensive guide to all the new playlists, with links to every playlist organized into over a dozen categories. It’s a good resource if you want to see all the new mood and activity playlists in one place. The site also has a Siri Shortcut you can run on your iPhone that lets you browse all the playlists by category and launch them directly.

It would be nice if Apple organized the Apple Music app to put all the mood and activity playlists into one easy-to-find place. Apple will presumably be launching a new interface for the Apple Music app with the Voice Plan, so it’s likely the playlists will be spotlighted for subscribers.