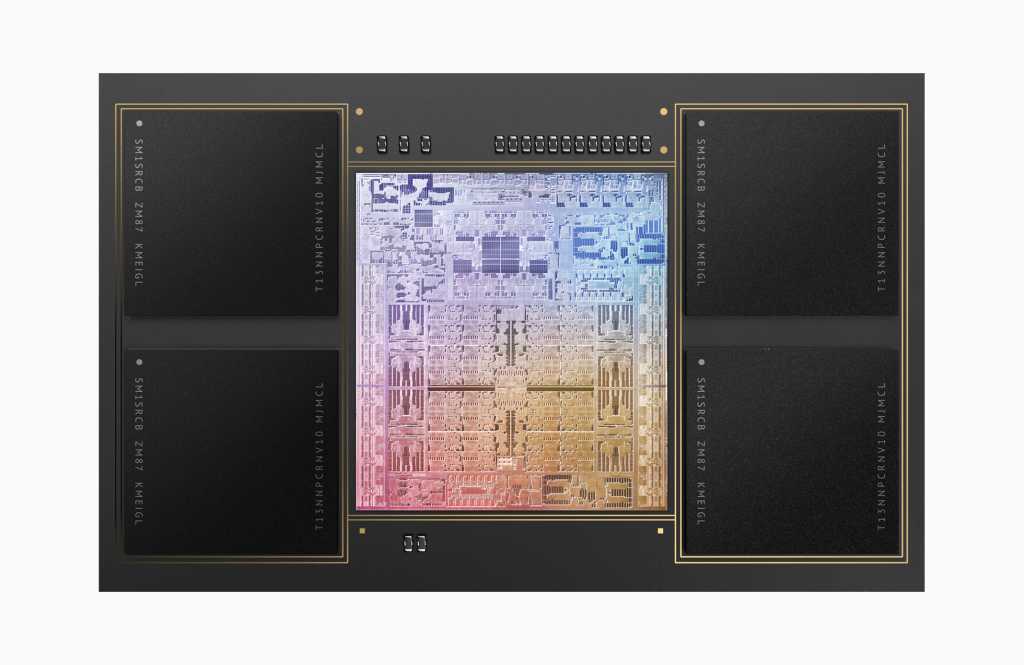 The results are in and it looks like there are two ways to deal with Apple’s massive processor announcements last week and they’re both a form of denial.

First of all, you can deny they even happened.

“In worst Apple event ever, the tech giant becomes a parody of itself.” (Tip o’ the antlers to Daniel.)

Congrats to Phil Schiller whose 2009 Macworld Expo is apparently no longer considered the worst. Mashable takes time to criticize Craig Federighi for not delivering any dad jokes but can’t be bothered to mention the new chips much other than to make fun of the names. Very informative.

The other way is to deny the chips are even really that fast.

Well, it looks quite impressive so… maybe?

The author pulls one of the Macalope’s favorite tricks, which is to compare a currently shipping product from Apple to a future product from a competitor, in this case, Intel’s Alder Lake processors. This not-yet-shipping chip, you see, will be as fast as Intel says — twice as fast! — as… uh, some previous Intel chip. What other proof do you need? Meanwhile, the M1 Max is only as fast as the second-lowest score for it on Geekbench. This is going very well so far. For Intel.

…but Intel will bring this CPU also to the laptop space.

And Apple will never make a desktop version of the M1 Max, uh-huh.

Although the more common configuration in laptops would be 6+8 cores, the removal of two cores is unlikely to drop the performance below the M1 Pro/Max.

So, for Alder Lake, we’ll use claims that it’ll be twice as fast as some preceding Intel chip even though estimates for laptop and mobile versions are more modest. And for the M1 Max, we’ll use this one Geekbench score that is at best an outlier. (Of the 31 results on Geekbench, 29 are in the mid to upper-12,000s (matching Macworld’s benchmarks) and two in the mid-11,000. Guess which one he uses.) Also, let’s let Intel use a desktop CPU and make Apple stick to a laptop CPU. Because Intel will also ship a version for laptops. Which will be slower but still faster than the M1 Max based on the magical Intel unicorn hypothesis. In summary, advantage: Intel.

…I regard Intel as best-positioned to compete against Apple silicon going forward, since Intel could use its in-house manufacturing (if executed well) as a competitive advantage to close the gap in power efficiency…

Yes, Apple’s ahead right now but once again some future product from Intel will surely beat Apple, assuming everything goes perfectly for Intel and Apple takes long lunches and then naps through the afternoon.

Oh, also, this is surely unrelated, but…

I/we have a beneficial long position in the shares of INTC either through stock ownership, options, or other derivatives.

Okay, well, that was fun.

Let’s just look at Anandtech’s conclusion in its review of the M1 Max:

The combination of raw performance, unique acceleration, as well as sheer power efficiency, is something that you just cannot find in any other platform right now, likely making the new MacBook Pro’s [sic] not just the best laptops, but outright the very best devices for the task.

Will it beat all future products from other vendors? Of course not. Does Apple’s chip business face certain challenges? Yes. But right now this is the laptop to beat.