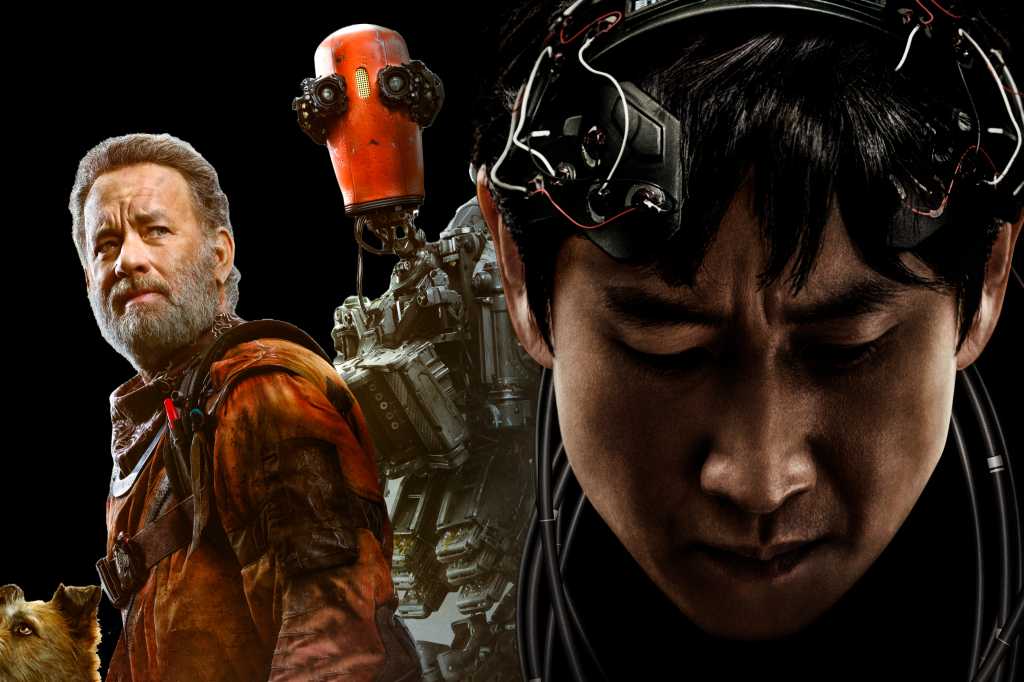 Apple’s had a busy year, to say the least. In just the past two months alone, we got a new iPhone and Apple Watch, a redesigned iPad mini, and an overhauled MacBook Pro, but while the hardware releases are probably done, there’s still plenty of software and services to roll out. And who knows, we’ve been surprised by sudden hardware releases in the past (like the sudden December drop of AirPods Max last year). With a company as secretive as Apple, you never really know for sure what to expect.

That said, we pay attention to rumors and release dates, and these are all the things we think Apple will release in November.

If you want to save some money on Apple gear, you probably want to wait. Apple has had four-day shopping events (from Friday to Monday) every year for the past few years with bonus gift cards on most purchases, and will probably do so again this year. As always, we’ll track the best Apple Black Friday deals for you all month long.

October saw Apple ship the new MacBook Pro and third-generation AirPods, along with the previously-announced Apple Watch Series 7. We think that’s all the hardware Apple has in store for us this year, but it’s possible that there is a surprise over the next four weeks.

Mac mini: The only piece of kit Apple hasn’t released this year that was rumored to be on the way is a new Mac mini model, with an updated design, more ports, and the new M1 Pro or M1 Max processors. We heard strong rumors that it would arrive at the “Unleashed” event, so it’s possible Apple has one more Mac surprise up its sleeve. More likely, however, is that it arrives next year, perhaps in the spring or summer along with a new larger iMac.

AirPods Max: It’s been nearly a year since Apple launched its luxury over-the-ear AirPods, and while we’re not expecting a new model just yet, we’ve heard rumors that new colors could be on the way. That would give Apple’s most expensive AirPods a boost just as the holiday shopping season kicks into high gear.

In late October Apple finally released MacOS Monterey, along with iOS and iPadOS 15.1. Beta-testing has already begun on the next OS versions, which will likely be released in November.

iOS 15.2: Apple has already begun its beta test of iOS 15.2, which adds the App Privacy Report feature and may yet gain other features before release.

iPadOS 15.2: This update will add App Privacy Report, but we’re still waiting on the killer Universal Control feature that works in conjunction with macOS Monterey, too.

macOS 12.1: MacOS 12 Monterey finally released on October 25 and the first beta for 12.1 is already here. It brings SharePlay, but what is arguably its best feature, Universal Control, is still missing. Apple’s says it’s coming later this fall, but we don’t expect it to arrive until 12.2.

The service will still feature only English audio, but with subtitles in Brazilian Portuguese, English, French, German, Italian, Russian, and Spanish.

October didn’t have the big Apple TV+ releases that September did, but there are some pretty big-name shows and movies dropping in November.

Check our list of upcoming AppleTV+ shows, series, and movies for everything on the horizon.

Dr. Brain: Apple TV+ is launching in South Korea on November 4, and its first Korean-language series Dr. Brain premieres with it. A brain scientist is obsessed with discovering new ways to access memories and consciousness. When his family dies in an accident, he accesses memories from his wife’s brain to figure out what really happened

Finch: Apple’s second big Tom Hanks-led movie comes on November 5 (the first was Greyhound). Hanks plays a robotics engineer who survives an apocalyptic event in his underground bunker with his dog, Goodyear. After a decade creating a world of his own in his bunker, he makes a robot to take care of his dog when he’s no longer around.

The Shrink Next Door: Based on a popular podcast, this is a dark comedy inspired by true events. Charming doctor Dr. Isaac Herschkopf (Paul Rudd) slowly takes over the life of his patient Martin Markowitz (Will Ferrell). The show is an eight-part limited series, which premieres on November 12.

Snoopy in Space (season 2): Another 12 short animated episodes produced in conjunction with NASA, as Snoopy and other Peanuts stars search for life in space. All 12 episodes will be available on November 12.

The Line: This four-part documentary series streams on November 19. It features independently reported accounts of US Navy SEAL Eddie Gallagher, who was charged with committing war crimes before ultimately being acquitted on all but one count: for posing in a photo with a corpse.

Harriet the Spy: A new animated series based on the very popular and much-loved children’s books of the same name. It stars Beanie Feldstein and Jane Lynch and premieres on November 19.

Here are the titles in the Coming Soon section, some of which should launch in November:

Galaga Wars+: A modernized update of the classic Galaga arcade game. Galaga Wars was first released on the App Store in 2016.

LEGO Star Wars: Castaways: A cooperative adventure for up to four players. Create your own Star Wars LEGO minifig and adventure with your friends. Apple says to expect this one on November 19.