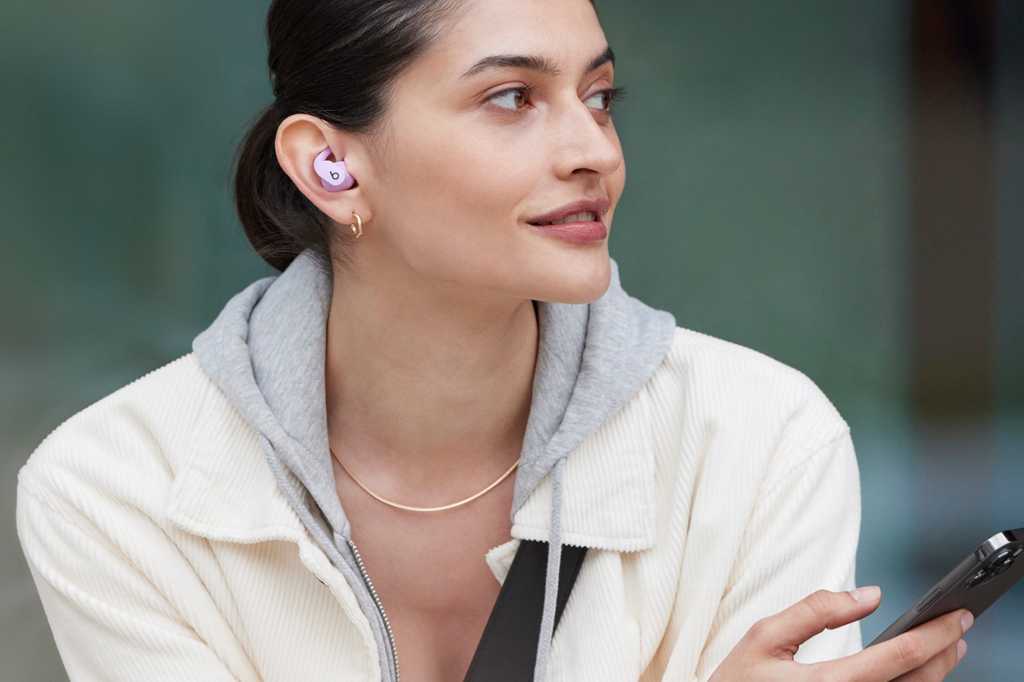 Apple on Monday released a new pair of earbuds that bring many of the features AirPods users love: noise-cancellation, hands-free Siri, Adaptive EQ, and spatial audio. But they’re not a new version of AirPods Pro, they’re a new pair of Beats, called Fit Pro.

Visually, the Beats Fit Pro earbuds look nothing like the current AirPods Pro. Even if you get them in white, the true wireless earbuds don’t have stems that extend from your ears. Like the Beats Studio Buds, they fit flush in your ears but have a tighter seal thanks to “flexible, secure-fit wingtips.” But if you’ve been following the rumors, the second-generation AirPods are expected to lose the stems too.

They also feature Apple’s H1 chip, which is the main differentiator between the Fit Pro and the Studio Buds, which have a Beats chip. Using Apple silicon opens up a slew of features that aren’t available on the Beats Studio Buds:

You’re also getting hands-free “Hey Siri” support, noise-cancellation, Transparency mode, IPX4 water and sweat resistance, and Adaptive EQ. Beats estimates six hours of battery life on a single charge and an additional 21 hours in the charging case, a bit more than the AirPods Pro’s 4.5 hours but in line with what we expect from the new model.

Altogether, the Beats Fit Pro are essentially a preview of the second-gen AirPods Pro that are rumored to arrive next year. The new AirPods Pro will likely look a bit more refined—and almost certainly won’t have the wingtips—but if you want a sneak peek at the next AirPods Pro, place an order for a pair of the new Beats Fit Pro.