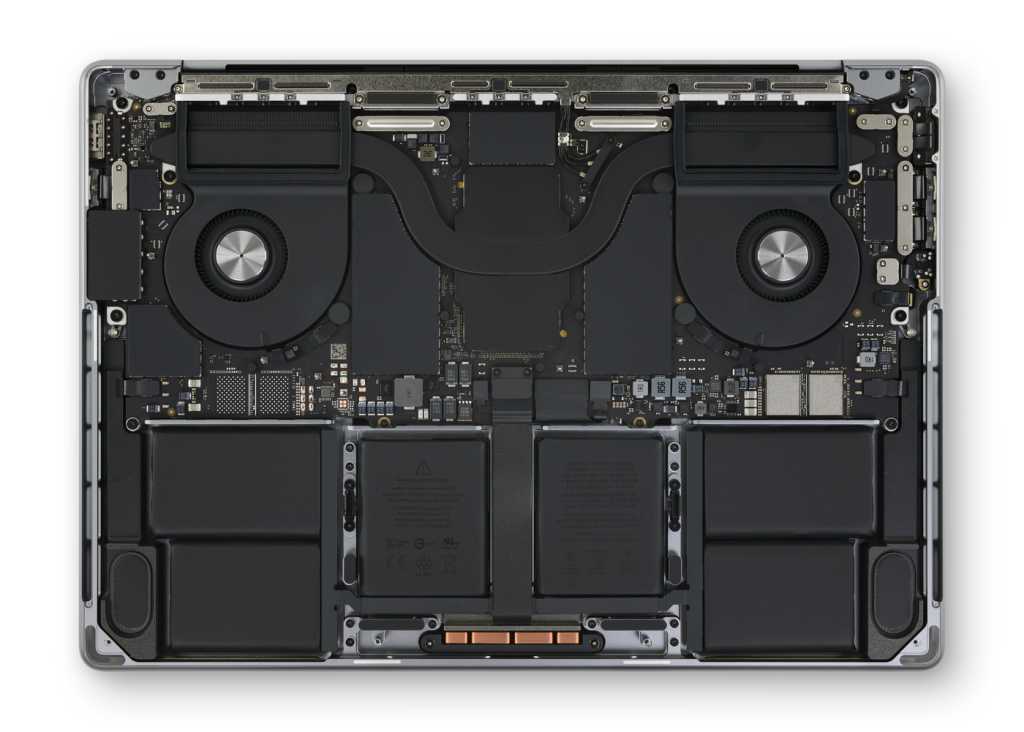 Whenever Apple releases a new product, you can count on the folks at iFixit to take it apart and show us all what’s going on inside. This time, they got their hands on the new 14- and 16-inch MacBook Pro models and the site’s teardown reveals several interesting characteristics about the new laptops.

Apple might want us to believe that people are more inclined to use Touch ID because their hands are already on the keyboard, as Apple’s vice president of Mac and iPad Product Marketing Tom Boger told The Wall Street Journal, but the reason is much simpler. We’re willing to bet that within a couple of years the sensor will shrink enough for Apple to fit it inside the MacBook’s display panel, and it’s possible that Face ID arrives on the iMac next year.

With the display, iFixit found that the display cables have more slack, which allows for more give and prevents tearing. However, iFixit’s tests confirm that you must go to Apple if you need to replace the display and still want True Tone functionality—you won’t get it with third-party displays.

The MacBook Pro was designed so the batteries can be easily removed with pulls tabs that let you easily pop the battery out. That could make it user-repairable once someone makes a replacement battery, an improvement over the alcohol and pry tools that are usually necessary to take out the battery.

Other interesting finds include modular ports, which makes them easy to replace; the keyboard is designed so it’s not easy to replace; and near-identical internal designs between the 14- and 16-inch laptops. iFixit gave the new laptops a score of 4 on a scale of 10 for reparability, with the soldered-on RAM being a big “misstep” for a pro-level device. iFixit has a full video of the teardown and will be publishing a detailed report soon.