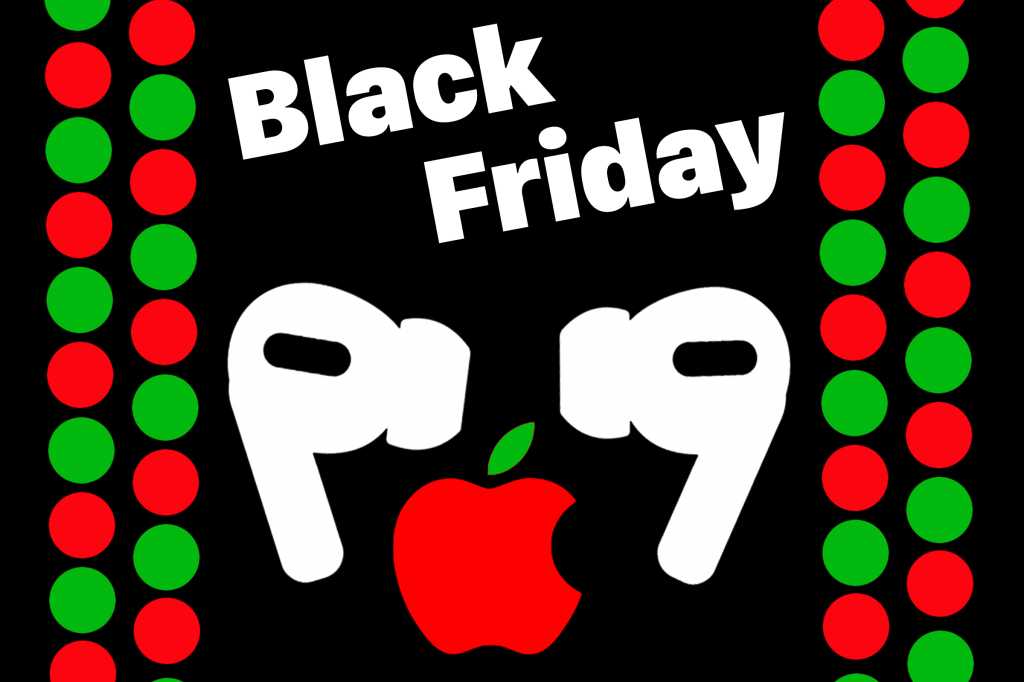 The biggest shopping day of the year is coming soon. Black Friday and Cyber Monday are filled with sales and there are plenty of good deals to be found. But how can you make sure you find the best deals? We’re here to help.

Apple’s AirPods are going to be a popular gift this season, and it’s one of the most frequently discounted Apple products. Here’s where you can expect to find the best deal on Apple’s earbuds.

How to get the best AirPods deals this Black Friday

One thing to look out for this season is the model that’s for sale. Apple updated the AirPods Pro in September 2022 and the AirPods in 2021, but you are more likely to find the biggest deals on the older 2nd-gen AirPods and the 1st-gen AirPods Pro than the newer models. So make sure the deal you find is for the model you want. Our price comparison tables below should help with that.

We see AirPods, AirPods Pro and AirPods Max discounted all year round, so you could see a good discount before Black Friday. If you are wondering whether to go ahead and buy now, just keep Black Friday in mind as it’s possible this year brings new all-time lows.

A word of warning, we often see discounts on refurbished models. It is important to check whether the excellent deal you are looking at is for refurbished AirPods as the discount may not be as good as it looks if that is the case.

You may be hoping to find a deal on the second-gen AirPods Pro, with greatly improved audio quality and better noise cancellation (normally $249/£249). Since the 2nd-gen AirPods Pro were just recently released, you probably won’t see huge savings, though Amazon was selling them for $10 off but is now out of stock. It is possible that the large discount you have found is on the now discontinued first-gen AirPods Pro, so make sure you check which generation of AirPods Pro is on offer.

Apple sells the 2nd generation AirPods Pro for $249/£249. Here are a few deals that are currently available:

Apple discontinued the AirPods Pro in September 2022, but you may find them discounted by resellers who are clearing out old stock. Apple used to sell them for $249/£249. Here are a few deals that are currently available:

Apple sells multiple versions of the standard AirPods: one is the new 3rd-generation model that is regularly priced at $179/£179 (with Lightning charging) or $189/£189 (with MagSafe charging), while the other is the older 2nd-generation model with a Lightning charging case that’s priced at $129/£139. Don’t make the mistake of thinking that a heavily discounted 2nd-gen AirPods with a wireless charging case is the newer 3rd-gen model.

Apple still sells the 2nd-gen AirPods for $129/£139. Here are a few deals that are currently available:

Where you are likely to see the biggest discounts is the AirPods Max–the big and expensive ($549/£549) over-the-ear headphones with Apple’s best sound quality. They launched back in 2020, so are ripe for discounting.

Apple has a Black Friday event, but the company doesn’t discount prices. Instead, it offers gift cards for its Apple Store.

Apple will almost certainly offer some sort of gift card deal, but the exact amount remains to be seen.

Amazon often puts the AirPods and AirPods Pro on sale, and we expect deep discounts for the holiday season. Current deals are rather tame other than the $100 discount for AirPods Max (which several other vendors share), so we recommend you wait until the third week of November for updating pricing.

Best Buy often matches the deals that Amazon offers. It’s a good store to check as an alternative to Amazon.

Walmart regularly offers prices that match Amazon’s, so check them out. B&H Photo and Target will also probably offer sales to match the Amazon discounts.