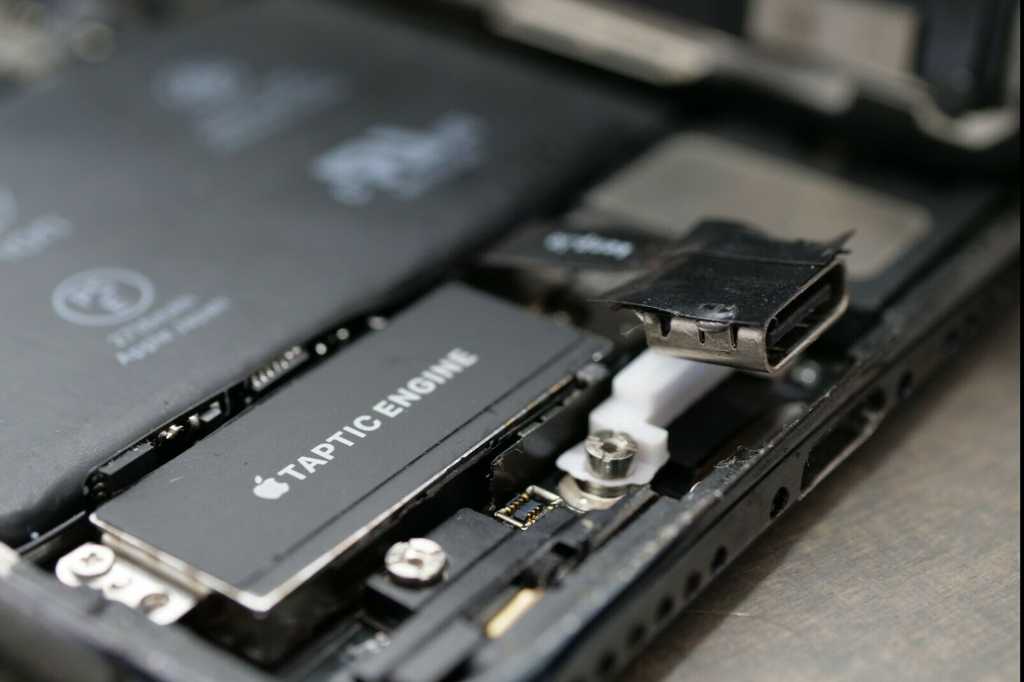 Anyone can buy an iPhone with a Lightning port, but as far as we know, there’s only one iPhone with a USB-C port. And it just sold for a cool $86,000.

Last month, robotics student Ken Pillonel posted a short video showing a USB-C iPhone mod that he painstakingly built using an iPhone X and a custom circuit board. The port handles charging and data and doesn’t inhibit any of the functionality of the iPhone itself.

Pillonel posted a video to his YouTube channel describing in great detail how he built the USB-C port for the iPhone. He reverse-engineered a fake F94 Lightning board and made it thin enough to fit in the horizontal space between the battery and the Haptic Engine. He also created special brackets to hold the iPhone in place while milling the Lightning port to make it large enough to fit the USB-C port.

The video is a fascinating watch and racked up hundreds of thousands of views while Pillonel auctioned his work on eBay. While the price reached $100,000 shortly after the auction went live, it sold for a little less, 86,001 with 116 bids. In the auction description, Pillonel guaranteed “that the phone will work when you receive it,” but offered few assurances to the winning bidder beyond that, as it’s “just a prototype,” albeit a very cool one.

Pillonel will chat with the winning bidder for 30 minutes to answer any questions, but outlines three terms:

The iPhone X the winning bidder received will only have 64GB of storage, but thanks to the one-of-a-kind USB port, they’ll be able to attach a much larger portable SSD drive. The inning bidder, geeken, is based in Switzerland and has been an eBay member since Sep 27, 2009.