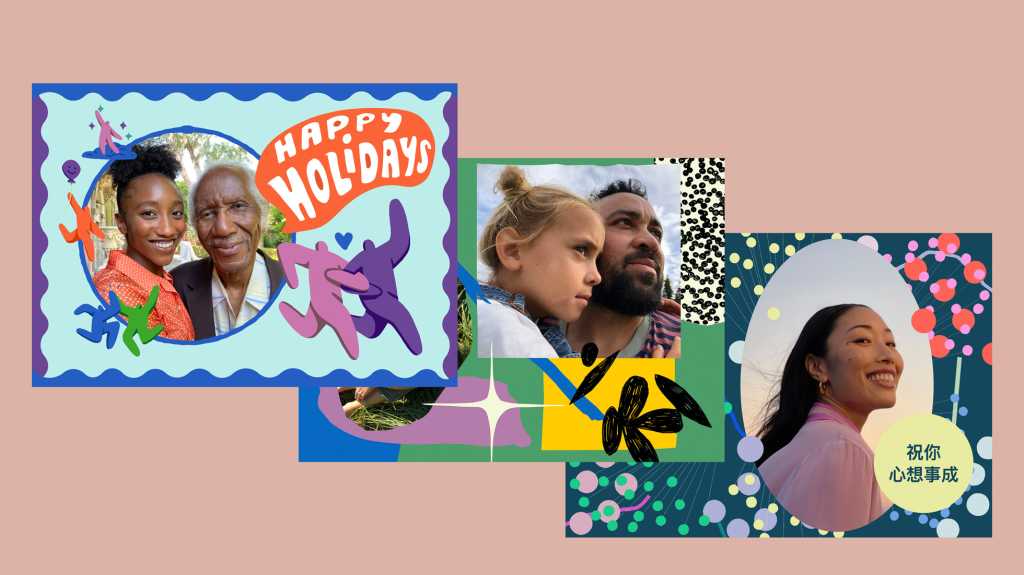 Apple on Tuesday released a set of Keynote templates for making your own holiday greeting cards. The templates were created in collaboration with artists Jocelyn Tsaih, Antti Kalevi, and Hvass&Hannibal, and can be customized with your own photos, videos, and a written message. The eight templates require Apple’s Keynote presentation app and can be downloaded for free. (Note that the file name of the download is “211cffd5-2a2f-45ac-9101-6c351c795b49_holiday-cards-downloadable.key”.)

Apple is also offering a special deal with a purchase of new AirPods or select Beats products. New subscribers to Apple Music can get six months for free. The offer will appear after you’ve paired the eligible device to your iPhone or iPad (iOS 15 required) and you launch the Music app.

The greeting cards and Apple Music deal are part of Apple’s announcement of its Holiday Gift Guide. The Guide promotes major Apple products such as the iPhone 13, iPad Pro, and AirPods, and it also showcases Apple accessories such as the MagSafe Battery Pack and the Lightning to SD Card Camera Reader. You can also buy a Special Edition Apple Gift Card.

The Gift Guide also reminds Apple Card holders that they can get 3% Daily Cash back on purchases at the Apple store. The Guide also has links to information on Apple’s return policy, free deliveries, and trade-ins.

App developers who plan on working on their software when they’re not shopping and making and sending greeting cards should know that Apple will be accepting app submissions through the holidays. The company advises developers to make their submissions early, and that “reviews may take longer to complete from November 24 to 28 and December 23 to 27.”