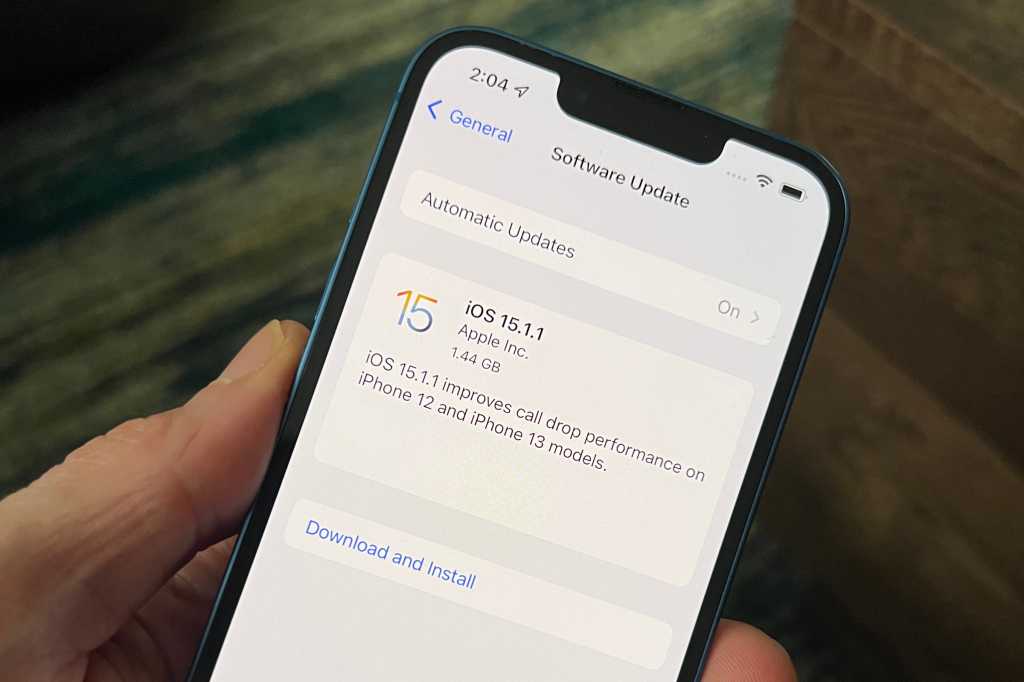 While iOS 15.2 is advancing through the beta cycle with the release of the third version this week, Apple has a quick update to iOS 15.1 first.

iPhone 12 and iPhone 13 owners will find iOS 15.1.1 waiting to install in Software Update. The 1.44GB update contains just one fix, according to Apple’s release notes: iOS 15.1.1 improves call drop performance on the iPhone 12 and iPhone 13. Apple doesn’t list any other fixes and specifically notes that there are no published CVE entries for security-related fixes.

To download the update, head over to the Settings app, then General and Software Update. Tap Download and Install and follow the prompts. The whole process should take just a few minutes.