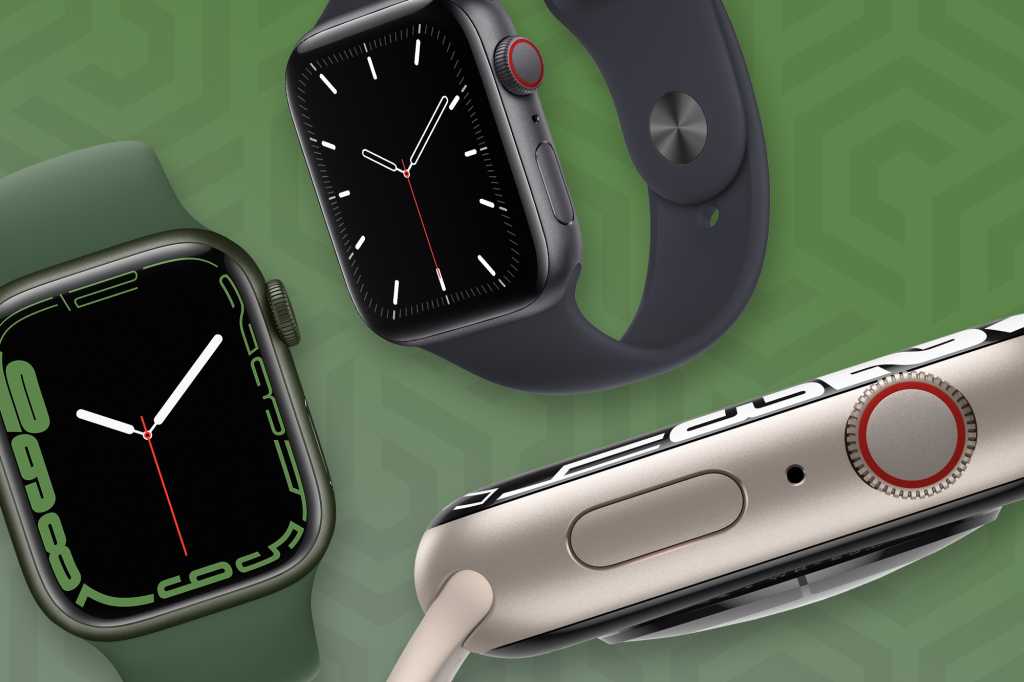 Black Friday is over, but the deals continue for the upcoming holiday season. If you’re looking to pick up an Apple Watch, for yourself or as a gift, now is a good time to buy.

In 2020, there were quite a few deals on Apple Watch, especially if you weren’t concerned with buying the latest model. As the new Series 7 is such a small upgrade over the Series 6, buying last year’s model makes more sense than ever this year, if you can find one.

Below we’ve highlighted our top picks of the Apple Watch deals available. Note that Apple does not discount its own products, so the best deals are typically from other retailers. Our real-time price-comparison charts for each model can help you work out exactly where to find the best value for money today.

While stock has been fluctuating since the launch of the newest Apple Watch in October, some stores have begun discounting the Apple Watch Series 7. There is a $20 discount at Costco on the Starlight color and Amazon has the red and green models for $20 off as well.

If you’re after a cheaper model than the Series 7, Best Buy will give you $30 off the Apple Watch Series 3. But although it’s still available from Apple, this is now a much older model that we don’t really recommend. It’s sort of an evolutionary dead-end for the Apple Watch. The smaller screen with with large bezels, the slower processor…there’s just no telling how much longer it’s going to get watchOS updates. But at that price, it can be a great stopgap to simply track some workouts or get started with Apple Fitness+ while you wait for a more capable Apple Watch in a year or two.

If you’re interested in buying an Apple Watch with cellular access, and you’re okay activating it and probably being forced to buy on an installment plan, you can save a significant amount with a carrier deal. It’s a lot of “gotchas” but the discounts are steep.

AT&T: Buy any two Apple Watch models on an installment plan and get up to $200 off, as a monthly bill credit over 36 months.

T-Mobile: Apple Watch SE is only $199 when you add a qualifying line.