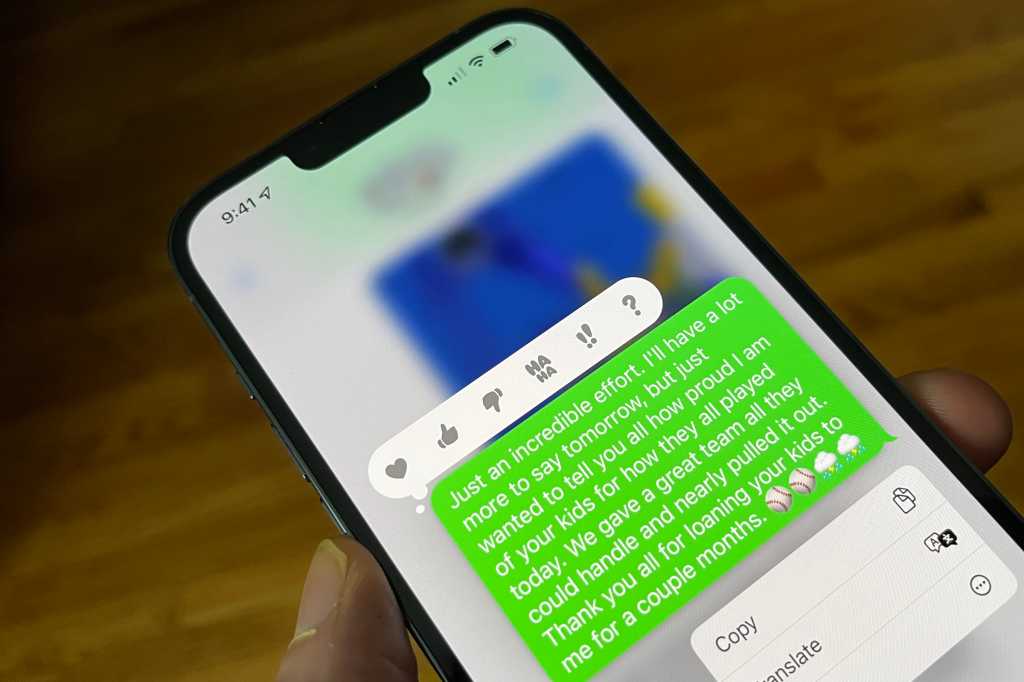 If you’ve ever texted with an Android user, you know how conversations can quickly get overrun with “Jason laughed at” this or “Roman liked” that messages. As soon as an Android user joins a group conversation, Apple’s iMessage reaction expressions turn to text prompts so no one misses out on what’s happening.

That’s changing thanks to the latest Google Messages update that’s rolling out. According to 9to5Google, who previously dug through the APK for a beta version (10.7) of the app’s APK, the update is rolling to all users and completely changes the way Android phones interact with iMessages. According to the code, Google has changed expressions such as “Liked,” “Emphasized,” and “Laughed” to “ios_reaction_classification” and “Show iPhone reactions as emoji” as well as “ios_reactions_mapping,” which means users will see proper reactions to texts.

That means reactions won’t appear as text anymore and will look very similar to iMessage reactions. For example, “liked” messages will be tagged with thumbs-up emojis and won’t need to repeat the entire message anymore. The appropriate emoji will appear under the original message rather than above it, but otherwise it’s very similar to how it works with iPhone users. The Google Messages update hasn’t appeared on our Pixel phone yet but we’ll update this post when it does.

We wonder why it took so long, but it’s great to see some simpatico between the competing platforms. Android and iPhone users can argue over who’s fault it is that it tool until late 2021, but at least now they don’t have to suffer through ugly and annoying conversations while doing it.