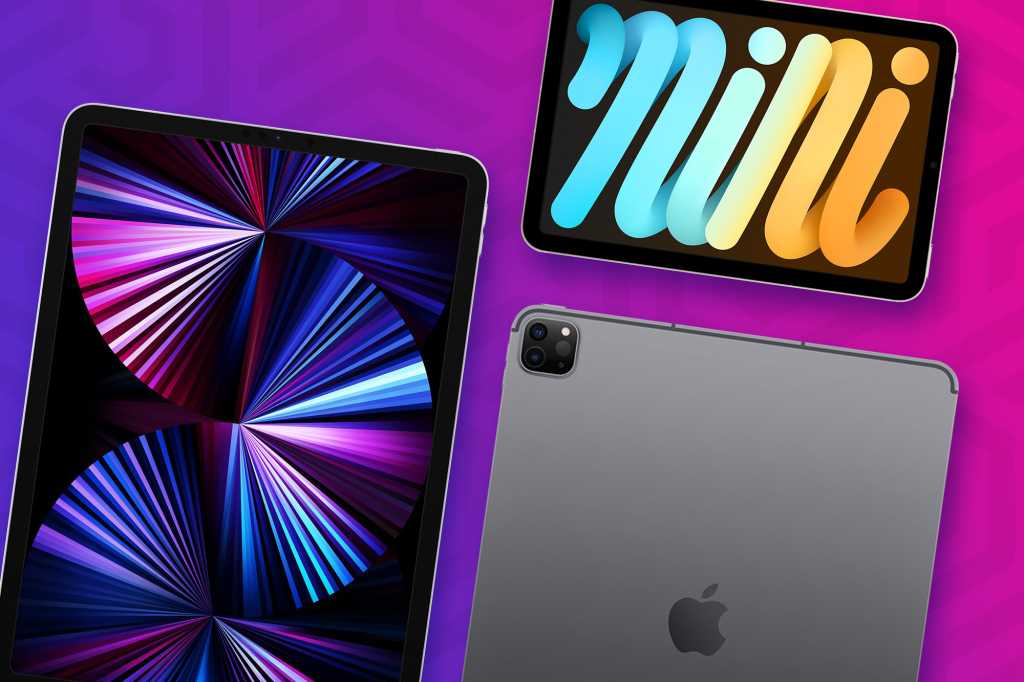 Black Friday and Cyber Monday have morphed over the years to a weeks-long online and retail discount extravaganza, and it’s hard to tell what’s a good deal and what’s a common price masquerading as a big discount. Apple doesn’t often sell its products for less than retail price at its own store, but other outlets do, and the end of November can be one of the best times to pick up some new gear while saving a few bucks.

If you want a new iPad, this may be the best time to buy. We think the iPad Air is probably the price, features, and performance sweet spot for most users, but the standard iPad is extremely affordable and great for kids, and the iPad Pro is crazy-fast and killer for power users. Don’t forget there’s a new iPad mini as well, and the more compact form makes it a really great e-reader and media consumption device for travel. We haven’t seen any significant discounts on either the iPad Air or the iPad mini this week so far.

Amazon’s got the iPad Pro at a significant discount from the retail price. The discount varies on size and capacity, though. The 11-inch iPad Pro (512GB) is $120 off (currently unavailable in this capacity, though other models are also reduced), but the 12.9-inch iPad Pro (128GB) is $100 off. The iPad Air regularly drops to $550 or lower, but it’s been out of stock for over a week and we don’t know if it will be replenished before the holiday shopping season is over. We haven’t seen any significant discounts on the Mac mini this month.

Best Buy’s isn’t offering any savings on the iPad at this time. It is selling the Magic Keyboard for the 12.9-inch iPad for $199, a savings of $150 off the MSRP, but it’s out of stock.

Verizon: Save $100 on any iPad with cellular (with unlimited plan)

The only carrier to have a significant deal on iPads right now appears to be Verizon, which will offer you $100 off any iPad with cellular if you have an unlimited plan to tie it to. The discount comes as bill credits over 24 to 30 months.

Apple offers two versions of its Pencil input device for iPad. In Apple’s Shopping Event it is offering a $25 Apple gift card only with the 2nd gen Apple Pencil ($129), which is the model to get for the current iPad mini and iPad Air, the 11-inch iPad Pro, and the 3rd gen or later 12.9-inch iPad Pro. Amazon and Best Buy have the 2nd gen Apple Pencil for $99, which is $30 less than the regular price.